‘England haven’t been good enough today… no excuses at all!’: Michael Vaughan slams Jos Buttler’s side after shock defeat by Ireland… with fans hitting out at the team for their ‘truly embarrassing loss’ at the T20 World Cup

Fans have been left stunned after Ireland pulled off a shock five-run victory against England at the T20 World Cup on Wednesday.

In a rain-affected match, Ireland batted first and posted 157 before they were bowled out in the final over. Captain Andrew Balbirnie top-scored for Ireland, hitting 62 off 47 balls, while Mark Wood and Liam Livingstone both took three wickets for England.

At the halfway stage it seemed like a very gettable target for Jos Buttler’s side, but Ireland caused all kinds of problems with the new ball, as both openers and Ben Stokes fell in the powerplay. England looked to battle back through Dawid Malan and Harry Brook, before some late lusty blows from Moeen Ali, but when the rain came pouring down at the MCG, England were five runs short of the DLS par score. 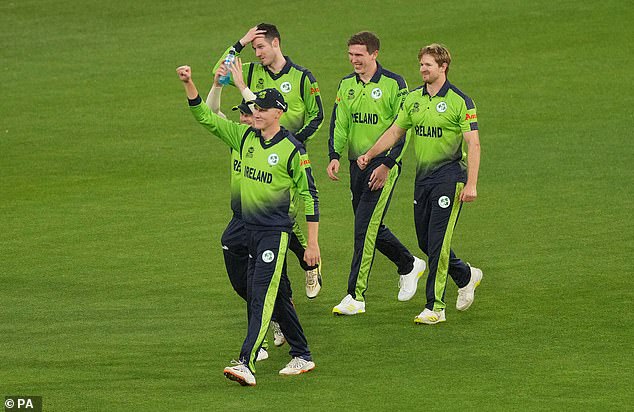 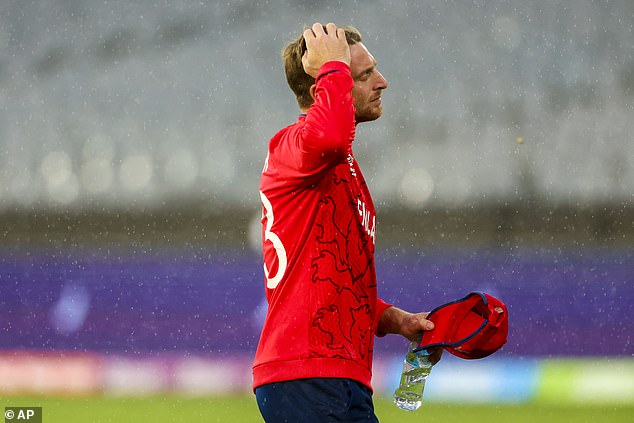 Former England skipper Michael Vaughan admitted on Twitter that England had simply been second-best on the day.

‘England haven’t been good enough today .. No excuses at all .. Ireland far superior with the Ball,’ he wrote.

Ireland also beat West Indies in the group stage to make it to the Super 12s, a fact Vaughan pointed out in a separate tweet. 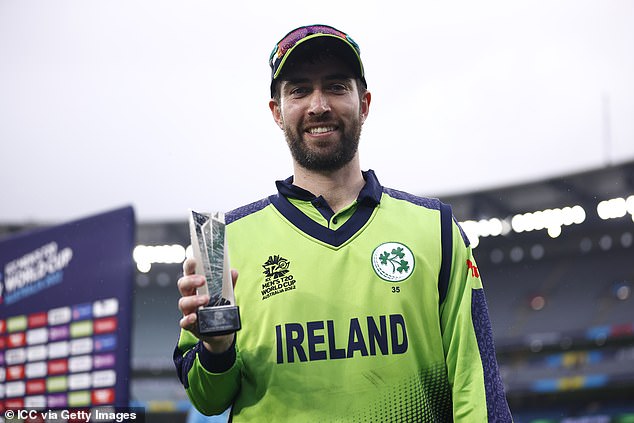 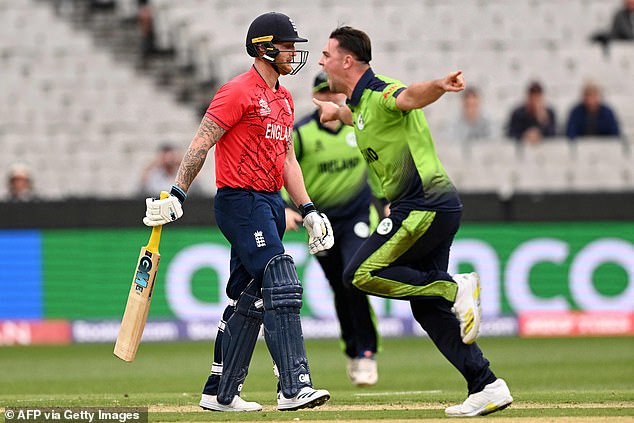 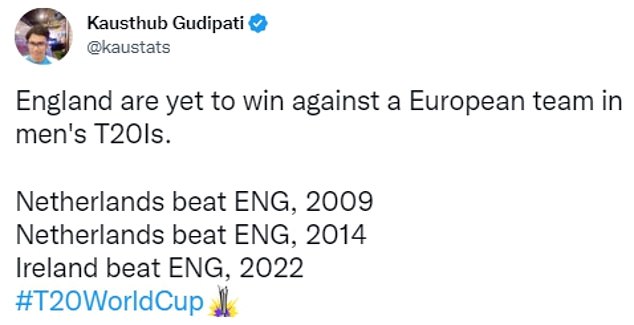 England have failed to beat a European team at the T20 World Cup, losing three times

One supporter felt England’s performance against Ireland was ‘shocking’

The defeat is a major setback for England and their hopes of making the semi-finals in Australia. However, the loss arguably shouldn’t have been completely unexpected given their horrendous record against European teams in T20 tournaments.

England won their first match of the tournament against Afghanistan on Saturday, but struggled with the bat as they scraped across the line in the penultimate over chasing a modest total. 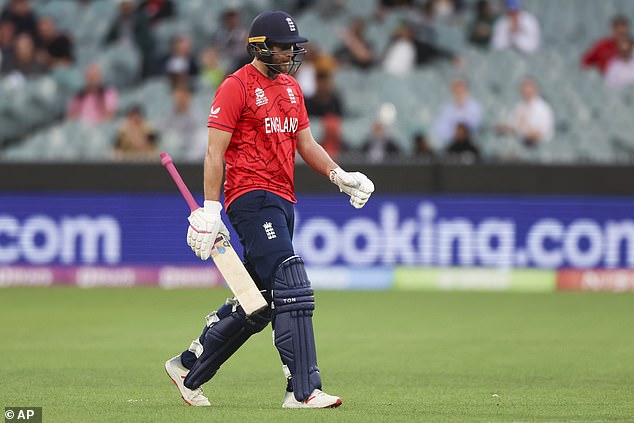 Another supporter was equally unimpressed, writing: ‘England are shocking what on earth was that?’

Rain was always forecast in Melbourne on Wednesday, opening up the possibility of a shortened game.

One fan believes England got their tactics horribly wrong by playing too conservatively and leaving themselves too much to do when the rain arrived.

‘This really is horrendous from England! Knew it was going to rain and 15 behind the rate but Malan/Brook were still dobbing about for 0s and 1s! Tactically abysmal and a truly embarrassing loss!’ they wrote.

It now looks likely that England will have to win all three of their remaining group games to stand any chance of making the final four, starting with a grudge match against Australia on Friday.