Moeen Ali says players could struggle to motivate themselves to play cricket behind closed doors if the country is still battling COVID-19. The England all-rounder admitted games in empty stadia in the recent Pakistan Super League presented a peculiarly difficult challenge.

And if the nation was still suffering losses from coronavirus, Moeen admitted the mental hurdle of going out and playing cricket could be insurmountable.

“Hopefully sport will be back on soon but when the time is right, everyone is safe and the players don’t feel like they’re going out to play and they might get it,” he said.

“With so many people dying around the world – and in this country in particular – it’s difficult for the players to really switch on.”

Moeen played two games in the PSL behind closed doors before the competition was abandoned and found the experience difficult.

He explained: “In the PSL in particular there were such big crowds so you’ve gone from one extreme to the no one there watching and it was very difficult to get yourself up for the game. 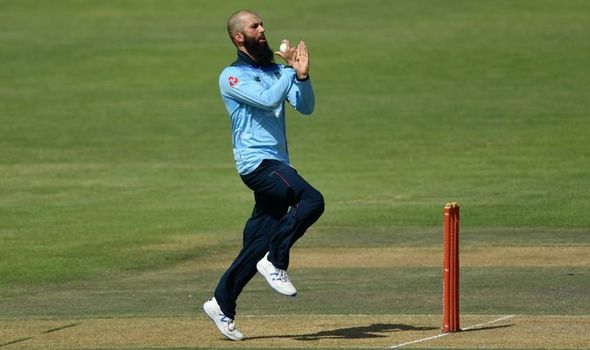 “It’s not ideal but it will probably have to be the case for a while.”

The ECB decided at a board meeting last night to postpone the inaugural The Hundred competition until summer 2021 and prioritise international cricket and T20 Blast.

They have been planning for behind-closed-doors cricket for over a month in the hope of salvaging something positive from the wreckage of a season.

Yet for that to happen both the government and the ECB need the threat from coronavirus to recede drastically.

Moeen said: “We want, and everyone wants us, to be playing cricket but if things are not safe it would be very difficult to get players to play.

“We’d have to get advice from specialists. It would be very interesting. I don’t know. At the moment it’s too early. With 500 people dying (a day) it is still a big number.

“That would have to get drastically better for players to consider playing. And I’m sure the ECB are considering this and speaking to other people as well.

“But there’s still some time to go. In my mind there’s probably 3-4 weeks – maybe a couple of months – that it would take for us to start training.”

The decision to kick The Hundred into the long grass has been expected for some time and Moeen conceded the sport’s governing body had no option but to postpone if they are to make it the success the sport needs.

“It is better for it to be delayed,” he said. “As players we want The Hundred played with all the best players around the world available to come and play so it makes more sense that way.

“It is probably going to be too much to squeeze in the last couple of months of the season. It would be hard work to squeeze in The Hundred as well.

“It is such a big deal for us in this country and we want it to be played when everything is right and no problems around the world.”