Moeen Ali feels ready to return to Test cricket later this week with a new perspective on his game after emerging from Covid isolation.

Moeen, 33, has not featured for 18 months in the traditional form of the game but the partly self-exile could end as England begin their second series of the winter in Chennai on Friday.

It would have done so in Sri Lanka earlier this month but for him becoming the first England cricketer to be ruled out of selection through a positive coronavirus test. Housed separately from the team for 13 days, he was released ahead of the second Test of the 2-0 win there but was not deemed fit enough. 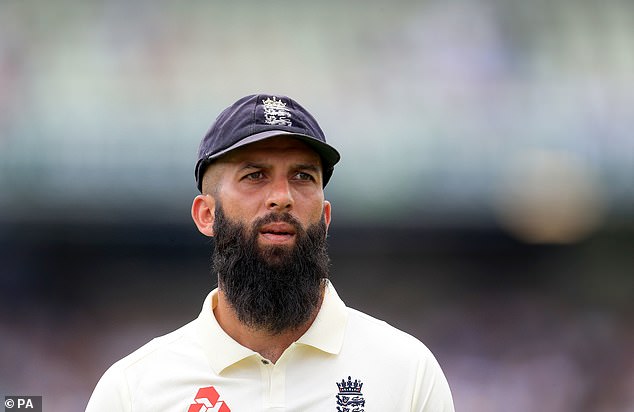 Moeen Ali is set for his long-awaited Test match return for England next month, facing India 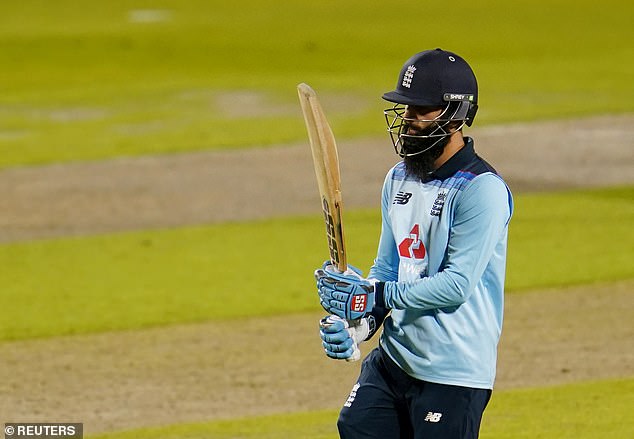 ‘For four or five days we had to be careful because I think heart-rate can be an issue after Covid for people who do a bit of running,’ Moeen said.

‘From my point of view, I’m good now, but I have no match practice or anything. So, I’ll train as hard as I can, spend time on my feet and try to be ready.’

All 45 members of England’s touring party had tested negative before flying out to Hambantota for three months of cricket in Asia in the first few hours of 2021, but the Worcestershire all-rounder felt ill before disembarking.

Moeen recalled: ‘When the test was positive, I was not surprised, because once I landed, I didn’t feel great. Through the evening I had splitting headaches that lasted for three days. 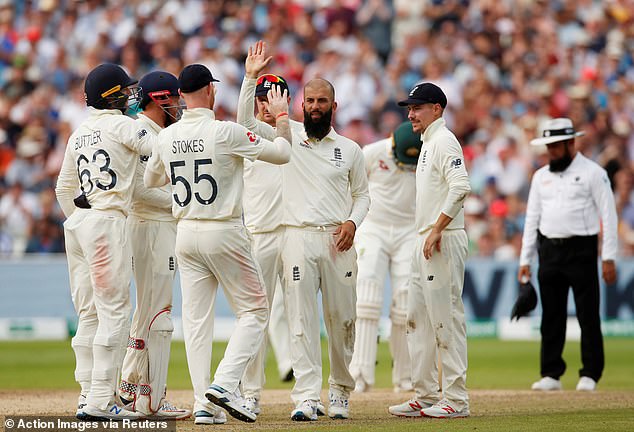 ‘I had loss of taste for a day or so, my body was very sore, and the fatigue was….I’ve never experienced that sort of tiredness before in my life. But it was three days feeling pretty rough and the rest was fine.’

He has not played Test cricket since his decision to focus solely on limited-overs action for England in the wake of being dropped one match into the 2019 Ashes.

The interim, says a man whose immediate target is to become only the second England off-spinner to reach 200 wickets after Graeme Swann, has provided time for reflection although not regret.

‘It makes you reassess. I wanted to see if I missed it and if I yearned to play it again, at the time I was playing so much cricket – and I’d been dropped – I thought it was a chance to take a step back,’ Moeen said.

‘And I enjoyed it, played a few leagues around the world – but ultimately it was Test cricket that I missed, and I felt like I could still do quite well in. 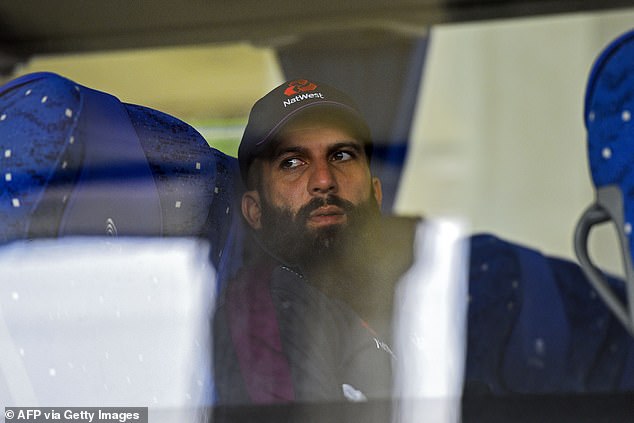 ‘The one thing I did learn is that when you’re playing Test cricket, you’re on top of your game in terms of your batting and bowling – your technique.

‘I always watched guys previously who just went white-ball and I felt like as soon as they had a couple of tournaments where they didn’t do so well, they were pretty much out of it.

‘But the guys who generally played red-ball cricket, their white-ball was always decent and quite consistent. When you are playing red ball, you are hitting a lot more balls, you’re bowling a lot more.

‘With T20 cricket, as much as it is hitting sixes, fours etc, the basis of your technique has to be good.

‘It doesn’t surprise me the likes of Jos Buttler and Ben Stokes – the two best T20 players around in my opinion – play Test cricket. Their defence is pretty solid, and I feel it does help you going forward and gives you more confidence. When I was playing all forms, I felt like I was better with my white-ball.’ 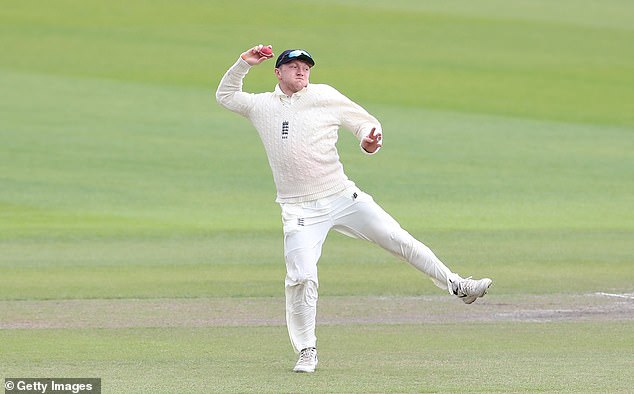 His latest absence has added to England’s selection dilemmas ahead of a four-match series in which Moeen was earmarked to sit out the final two as part of a rest and rotation policy.

The most obvious way into the XI for him – fielding three spinners appears unlikely given Joe Root’s ability with the ball – would be as a direct replacement for Dom Bess, whose excellent figures of 12 wickets at 21 apiece in Sri Lanka outstripped the quality of his performances.

Such a choice would stiffen the batting at a ground where Moeen scored one of his five Test centuries four years ago in a match in which India posted more than 700.

The team management of captain Joe Root and coach Chris Silverwood would need to be careful of their handling of a young player like Bess in such circumstances but equally they have made clear their willingness to make tough calls over the past 12 months. 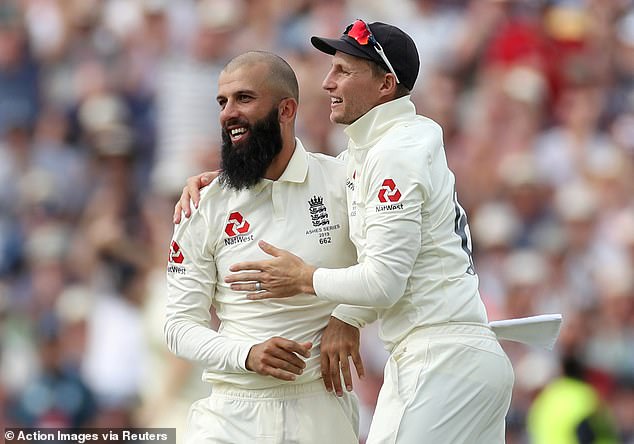 One looms in the batting too. Rory Burns’s return from paternity leave should not necessarily see him parachuted back into the opening places. He has not appeared in any of England’s five away wins over the past 12 months.

But it seems the most logical way for the top six to be re-jigged, with the fit-again Ollie Pope and Ben Stokes slotting in below Root.

Burns resuming his opening alliance with Dom Sibley, who showed an admirable willingness to work on his spin game in hitting a second-innings 50 in Galle last week, would allow Zak Crawley to return to the no 3 position vacated by Jonny Bairstow and the one from which he struck 267 versus Pakistan three Tests ago.

That would leave no room for Essex’s Dan Lawrence despite a favourable first impression against the Sri Lankans.