Nine chief Hugh Marks has opened the door to the broadcaster reclaiming the rights to Test cricket it held for 40 years as Seven threatens to walk away from the game.

The future of Australian cricket's $1.18 billion television deal remains uncertain with Seven and Foxtel both eager to secure significant discounts, claiming a substandard Big Bash League brought about by international player hubs will diminish the quality of the tournament this season. 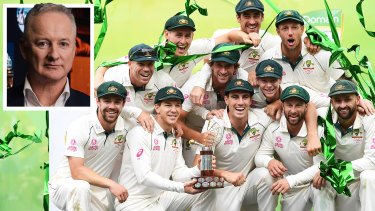 But after Seven chief James Warburton warned the network could terminate its six-year $450m contract with four seasons still to run, Nine has emerged as a potential home again for the game after decades screening it following Kerry Packer's launching of World Series Cricket.

"In the right circumstances, if the strategy is right, of course we would be interested in re-engaging," Marks said on Friday.

"We always loved international cricket. We've had a very close relationship through past owners and managers of this business and of course it's something we're always interested in because it's got huge value going forward."

In a further indication of the possibility of the rights dramatically changing hands mid-deal, Marks said he "knew for a fact as well that Ten remains interested in the Big Bash", which Seven wants to discard and tried to sell earlier this year. A Network Ten spokeswoman declined to comment. 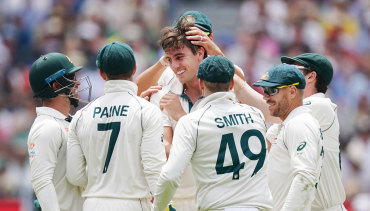 Seven took over the free-to-air rights from Nine in 2018 as part of a record deal with Foxtel agreed in the weeks after the Cape Town sandpaper scandal.

Nine, which now publishes this masthead, had entered a joint bid with Ten worth a reported $900m over six years but Marks said the media company had opposed international cricket being simulcast on pay television and had concerns about the lengthening of the Big Bash season. It switched to tennis with a $300m deal to televise the Australian Open for five years. 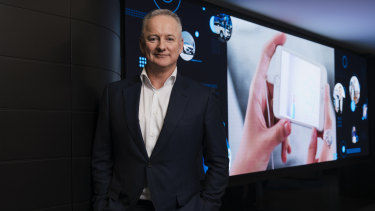 "The Big Bash was a new tournament they introduced to extend cricket into families and they did that brilliantly in the beginning. The extension of that with [more] games hurt that because it wasn't special and it wasn't unique any more. There was just too much cricket."

Tennis and Test cricket in particular could co-exist on the network, Marks said, certainly in terms of the schedule. The catch, of course, is cost.

The Nine CEO was a central figure in the National Rugby League re-negotiating its broadcast rights this year, resulting in a markdown for the network over the final three seasons of that contract as Foxtel extended until 2027. A revised AFL broadcast deal was also struck with Seven and Foxtel.

CA argues the difference in cricket's case is its season has not been suspended and it plans to roll out a full program. The wrangling of Seven, however, is further evidence of the need for a correction to rights fees that is not simply a result of COVID-19, according to Marks.

He said Test cricket was "of hugely significant importance to this company" and Nine would look at coming on board again "if the price was at the right level".

"Maybe this time is an opportunity for Cricket Australia to follow the lead of some of the other sports and say, 'you know what, maybe it's time to reset'," he said.

The Nine boss said if the network made another play for cricket in the future it could live with Test matches remaining simulcast on Foxtel but "it would then just depend on price".

"International cricket, which is what we were always interested in, obviously still has huge value," he said.

"You've got India touring [this summer], then you've got the Ashes. To my mind, as long as Cricket Australia makes that a priority, which they should, that's where most of the value in the cricket rights is."

Warburton said in a statement his meeting on Friday with CA interim chief Nick Hockley had been "constructive".

"No decisions were made but we have agreed to keep talking," Warburton said.