Ollie Pope missed out on a dream Test hundred at his county headquarters but hopes his 81 can be a breakthrough moment on his way to becoming an established international batsman.

Seven of Pope’s 11 first-class centuries have come at the Kia Oval and it appeared he was on course for number eight after helping England recover from a potentially perilous position of 62 for five on the second morning against India, courtesy of stands of 83 and 71 with Jonny Bairstow and Moeen Ali respectively.

There was to be no celebration on the 23-year-old Surrey batsman’s recall to the side, after he chopped an innocuous delivery from Shardul Thakur into his stumps. 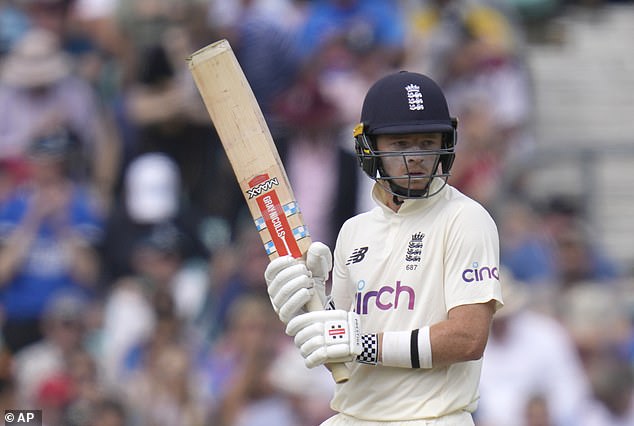 England batsman Ollie Pope made 81 but chopped on to his stumps from Shardul Thakur; however, he anchored the England innings and helped the hosts post a 99-run lead at the Oval 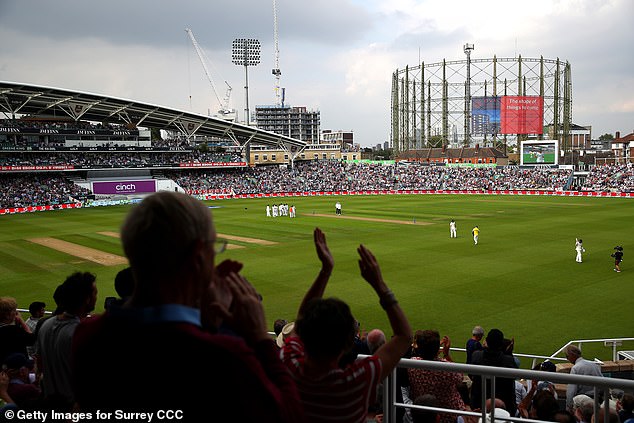 But he said: ‘It’s my first Test at my home ground and so it’s a really special occasion for me. I really enjoyed being back out there, trusting my game.

‘You dream about getting a hundred, in front of a packed house, at your home ground – but that’s ok, as hopefully I will have some more opportunities in the future. I was happy to contribute to putting the side in a decent position.’

India resume this morning 56 runs in arrears with all 10 second-innings wickets standing after batting eased considerably as day two drew to a close.

‘The pace of the game will probably change a little bit. As we saw in the afternoon and evening, it is a good pitch now, the outfield has quickened up as well, so we might have to toil a little bit longer for our wickets.

‘But if we can just hang the ball in the right areas for as long as we can, hopefully we can get our rewards.’ 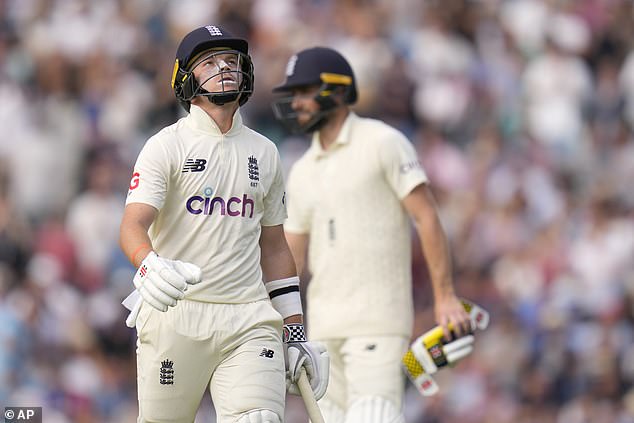 Pope got his after realigning his guard to middle stump from a previous middle and off one to less the chances of being trapped lbw.

‘I have watched how Joe Root has played this series, the way he has gone about batting, and had some good talks with coaches and senior players and I have recognised the India attack are a very skilled attack whose main port of call is to attack that knee roll,’ he said.

‘As a batter, if they are are going to attack your knee roll as much as that, you have to recognise it and adapt your game accordingly. That’s what I have done. I decided a couple of weeks ago that’s the way I am going to go about the rest of the series.

‘It’s my 20th Test and I have learned a lot: how to deal with some of the noise, off the pitch I want to be as confident in my game as I can be, and and so hopefully this is the start of a good run for me.

‘You see the hunger from the guys at the top, and they’re never content with where they’re at. They always want more and I will do everything in my power to get right to the top of my game and help this side win some games as well.’

KFC SuperCoach BBL: The teams you can pick after missing Round 1 lockout