Over 100 Australian cricket fans ignored the 37 degree (98.6 farenheit) heat at the second Ashes Test Adelaide on Friday by dressing up as the late legendary commentator Richie Benaud in beige suits and grey wigs.

The group of supporters, known as ‘The Richies’, travel across Australia for their home Test matches and will be at all of the country’s Ashes Tests with England during the winter months.

On Friday’s second day of the second Ashes Test, the group of fans were seen drinking in the Adelaide sun holding microphones – and were at one point seen conversing with England bowler Ollie Robinson at the boundary. 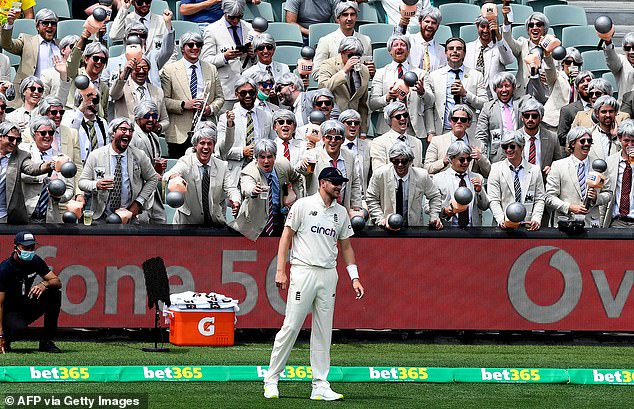 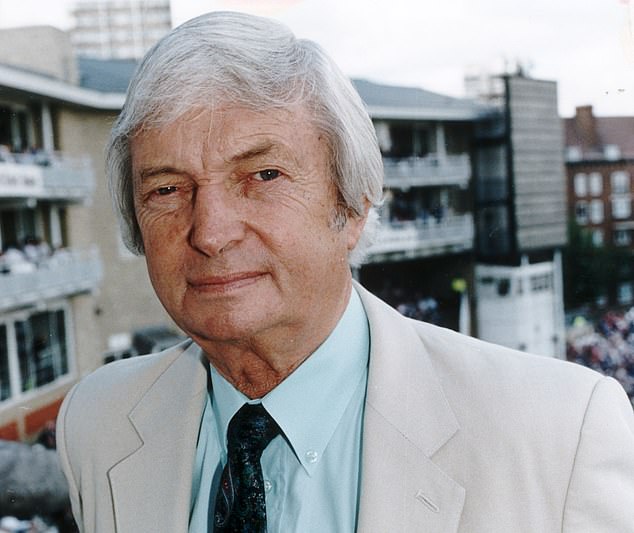 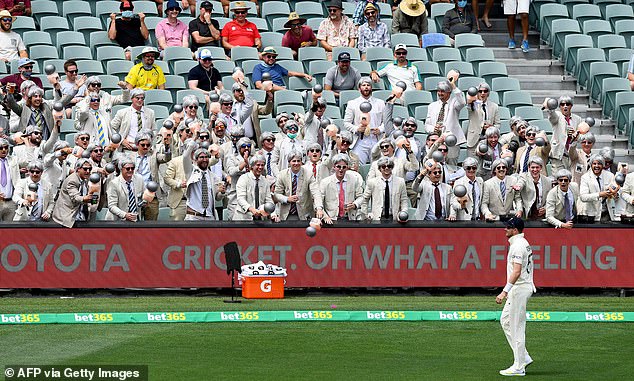 The ‘Richies’ have been attending Australia cricket matches for at least 12 years and pay tribute to the late broadcaster who passed away in April 2015 at the age of 84.

Benaud was known for wearing his cream-coloured suits to make him stand out from the rest of the broadcasting team, as well as his famous catchphrases including ‘Simply marvellous’, ‘Got ‘im’ and ‘That’s stumps… and time for a glass of something chilled.’

As well as commentating for Australia’s Channel 9, the New South Wales-born broadcaster was also a regular voice for the BBC and Channel 4 audiences in the UK.

The second day of every Test is known as ‘Richie Day’ – with the group coming out in full force on day two of the Brisbane and Adelaide Ashes Tests so far this winter. 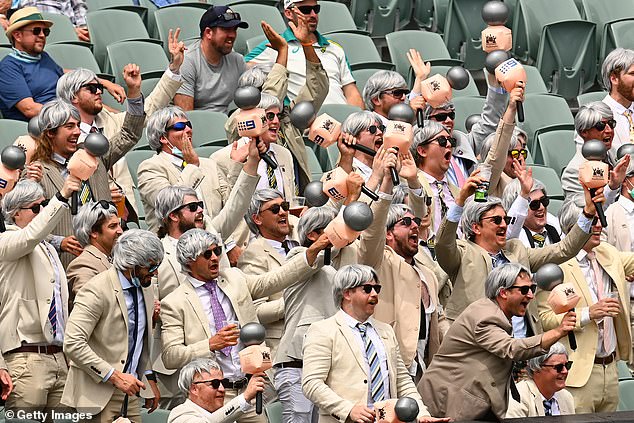 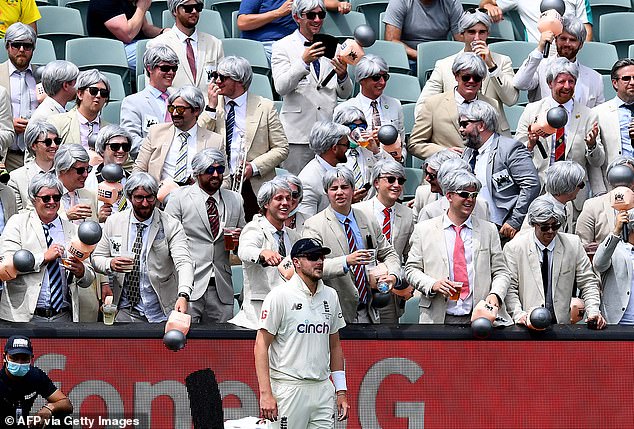 There is even a code of conduct among ‘The Richies’ which including speaking into the microphone at all times, keeping your tie, wig and suit on at all times and no booing in favour of cheering all cricket.

‘The Richies’ act as the opposite number to England’s Barmy Army ins Australia cricket arenas, but part of the code of conduct includes ‘keeping it friendly’ with their visiting counterparts.

There is also a plea to ‘drink responsibly’ at the Australia Tests – with a strict ban on building snakes of beer cups.

Cricket fans on social media marvelled in the sight of over 100 ‘Richies’ being present in Adelaide on Friday, especially considering the searing heat on the second day. 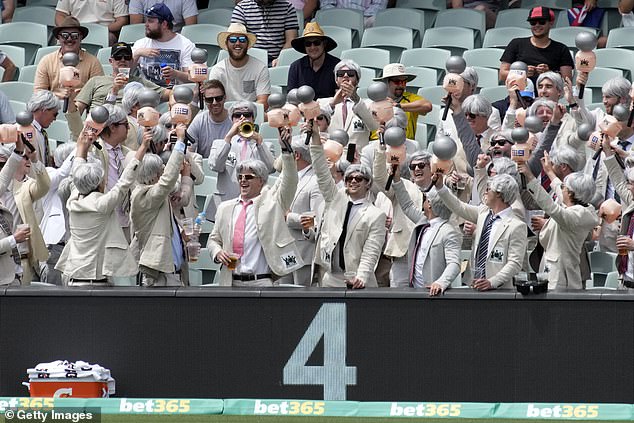 One fan tweeted: ‘To all the Aussies out there, Richie Benaud was such an absolute legend to me. Like sir David Attenborough, a constant in my life from a boy to a man. The voice of cricket my entire life until he moved on. Makes me so happy to see the Richie’s celebrate the great man. #ashes’

Another said: ‘As much as I love Richie Benaud there’s no way I’d wear the beige/cream/ivory/off-white jacket and put on a wig in 37° degree heat. Madness. #Ashes’

Meanwhile, one fan tweeted: ‘Slightly disappointed to learn there is a head Richie among the 122 Richie Benaud fans in the crowd and it is not a flat management structure: All Richies are equal, but some Richies are more equal than others.’

‘THE RICHIES’ CODE OF CONDUCT

Speak into your microphone at all times

Keep your jacket, tie and wig on at all times

Cheer great cricket from both teams!

No booing, No verbal abuse, No picking fights, No building cup snakes. You’ll get ejected.

No skolling beers, No shoey’s. Drink responsibly & sing in full voice to help support the Aussies.

Have fun with the opposition fans, In previous years the ‘Swarmi Army’, the ‘Barmy Army’ and other fans have been great fun. Let’s keep it friendly. The fierce rivalries are on field.

Finally, ask yourself… What would Richie do?

Matt Parkinson believes he would have 'struggled' facing Virat Kohli