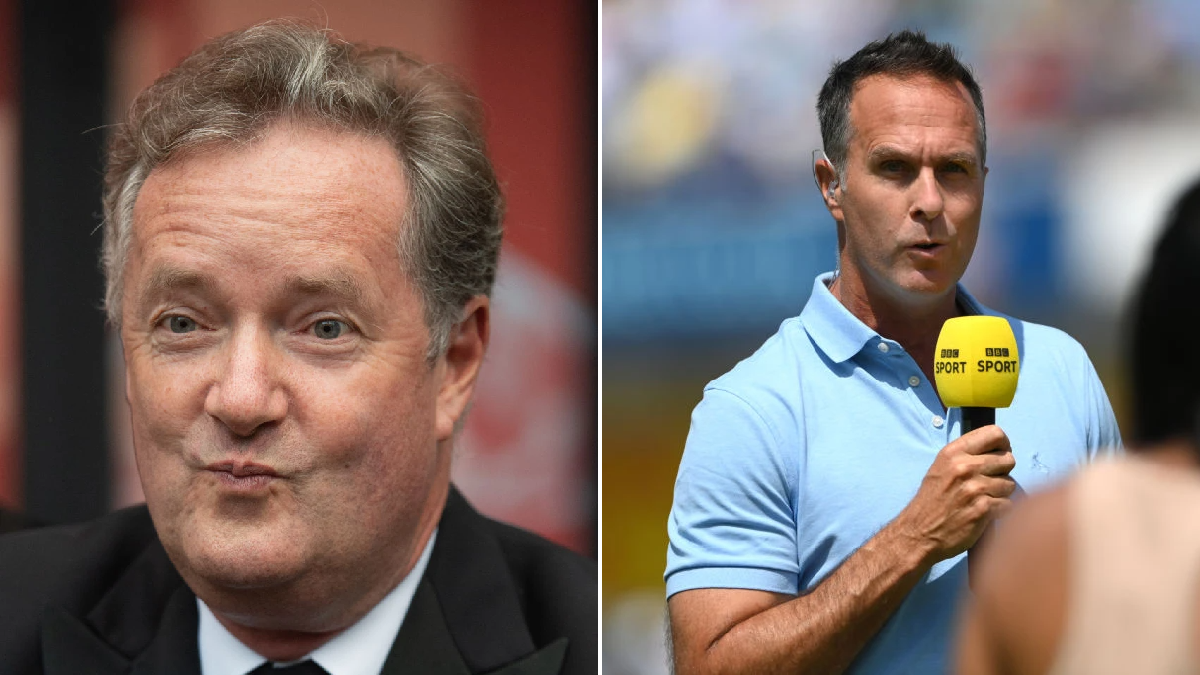 An independent investigation found Rafiq, 30, had been the victim of ‘racial harassment and bullying’ during his time at Yorkshire County Cricket Club.

The report also states that Vaughan told a group of Asian players, including Rafiq: ‘Too many of you lot, we need to do something about it’, something which the 47-year-old ‘categorically denies’ saying.

Rafiq’s Yorkshire teammates Adil Rashid and Rana Naved-ul-Hasan have since confirmed that they also heard Vaughan make the comments, with Rashid adding that he would be’ more than happy to support any official efforts when the time is right.’

However, television presenter Morgan, who is also an avid cricket fan, has today taken to Twitter to come to the defence of the 2005 Ashes winner.

Accompanied by two pictures of extracts from Vaughan’s autobiography, Morgan wrote: ‘To those rushing to cancel Michael Vaughan for making an alleged racist remark that he emphatically denies saying, I suggest they read this extract from his 2009 autobiography before rushing to judgement – it shows he thought the complete opposite to what he’s accused of saying.’

To those rushing to cancel @MichaelVaughan for making an alleged racist remark that he emphatically denies saying, I suggest they read this extract from his 2009 autobiography before rushing to judgement – it shows he thought the complete opposite to what heâs accused of saying. pic.twitter.com/lXMSXTBFIZ

Yorkshire have been hit hard by the case, with both Chairman Roger Hutton and CEO Mark Arthur resigning, while head coach Andrew Gale has been suspended pending a disciplinary hearing’ over a historic tweet he sent in 2010.

The club have also been suspended from hosting international matches ‘until it has clearly demonstrated that it can meet the standards expected’, while a whole host of sponsors have also ended their deals with the county.

Despite the allegations, Vaughan will commentate for Australian host broadcaster Fox Sports during this winter’s Ashes series Down Under.