Australia lead the three-Test series against South Africa 1-0 after a quick victory in the first Test in Brisbane. The second Test gets under way at the MCG on Monday. Here’s a quick guide to what’s happening on the field.

Last week’s two-day sprint of a Test match in Brisbane, plus the fact last year’s MCG Test lasted only one session into a third day, has heightened attention on the Boxing Day surface for players, administrators, spectators and broadcasters. As a consequence, Matt Page’s turf does not look quite as green this year, but will still offer plenty early in the game. Forecast temperatures of 33 and 38 for days one and two will also factor. 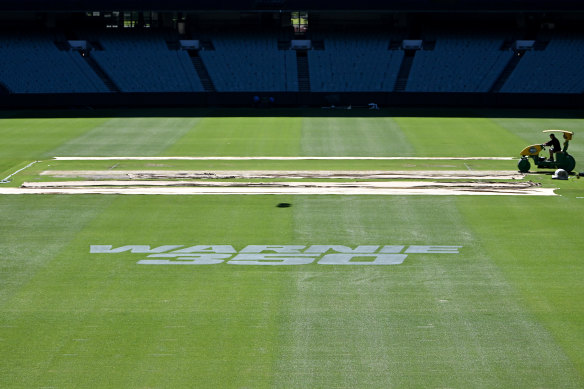 MCG curator Matt Page sits on a roller at the MCG the day before the Boxing Day Test.Credit:Getty Images

STEVE SMITH v ANRICH NORTJE
Almost as noteworthy as the speed of the Gabba Test was the sight of Steve Smith being clean bowled by a seamer. Anrich Nortje was aided by some extravagant movement off the pitch, but the moment late on day one did offer bowlers the slightest hope that in changing his technique to be more side-on while dispensing with the pre-delivery shuffle, Smith may now be a fraction more vulnerable to more conventional means of dismissal. This matters in Melbourne more than elsewhere: only Bradman has more runs at a better average than Smith’s 932 runs at 84.72 in nine Tests.

SOUTH AFRICA v SCOTT BOLAND
As Pat Cummins puts it, Scott Boland’s momentous MCG debut has proven to be less a once-in-a-lifetime event than a harbinger of the impact his relentless line and just-enough-seam-movement can have on any surface with a modicum of help. Like most other opponents in the past 12 months, South Africa have well-grooved plans and oodles of footage for Cummins, Mitchell Starc and Nathan Lyon. But Boland’s capacity to strike multiple blows quickly – largely because he does not give new batters anything like a sighter – can be the difference between a sturdy total and the chaos of the Gabba. 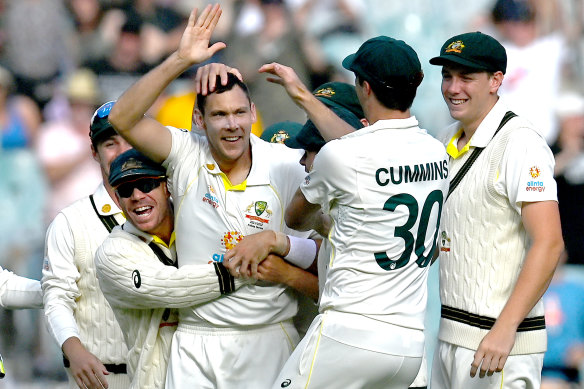 David Warner will play his 100th Test at the MCG. The opener has been under pressure as he deals with a slump in form, but his manager says Warner has no plans to retire at the end of the home summer in Sydney.

Play will begin at 10.30am AEDT. Follow our live coverage from 10am.