William Jarvis is excited to see Lady Bowthorpe bid for back-to-back Group One victories over a mile and a quarter in the Darley Prix Jean Romanet at Deauville, live on Sky Sports Racing.

That was Lady Bowthorpe’s first try at the trip, although she won the Group Two Dahlia Stakes over nine furlongs at Newmarket on her seasonal reappearance in May.

“Everything is going according to plan, and I’m very much looking forward to her running,” said Jarvis.

“She seems to have come out of her Goodwood run very well. It’s a pretty strong renewal of the Prix Jean Romanet, so we’re taking nothing for granted, but we’re hopeful.

“Ever since she won the Dahlia Stakes, or even as a four-year-old, I was keen for her to go to 10 furlongs, but the races didn’t really present themselves.

“She has shown she gets the 10 furlongs very well – and depending on how she gets on at Deauville, we could look at the Prix de l’Opera at Longchamp on Prix de l’Arc de Triomphe day.” 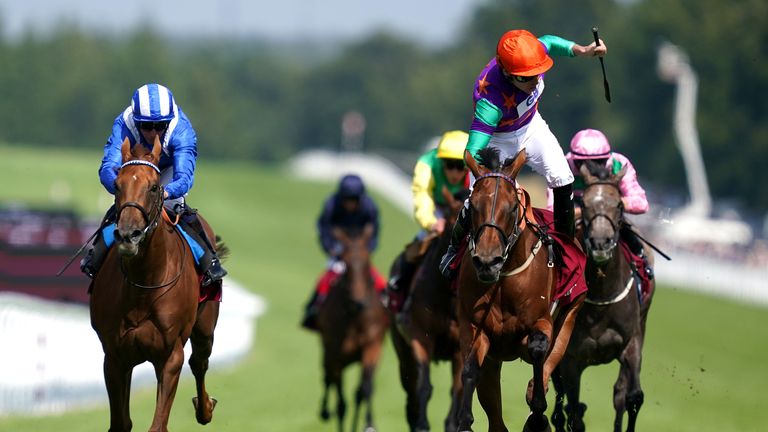 Of Lady Bowthorpe’s success in the Nassau Stakes, and the tremendous reception afforded by the crowd on the Sussex Downs and racing in general, the Newmarket trainer said: “It was very humbling, it was very gratifying as well. I was very flattered.”

Audarya disappointed when only fifth behind Lady Bowthorpe at Goodwood, but trainer James Fanshawe expects a better performance on Sunday.

She bids to become only the second horse to win this race twice, after Satwa Queen in 2006 and 2007.

“She seems really well after Goodwood, and nothing came to light after the race. I’m hopeful she can put that run behind her,” said Fanshawe. 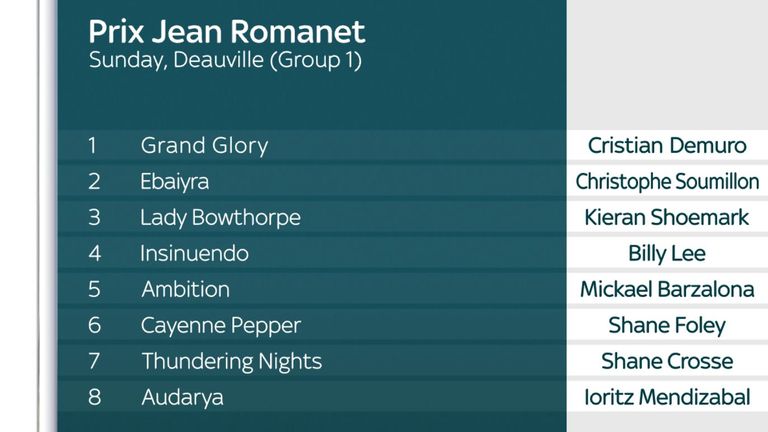 “It’s a tougher race than last year, but she seems in good form in herself.

“Ioritz Mendizabal rides her, and he rode her twice last season. He won the Romanet on her and was third in the Opera on her, so he knows her well.”

Audarya went on to lift the Breeders’ Cup Filly & Mare Turf at Keeneland in November.

Cayenne Pepper was beaten by seven lengths in America, but this Group One contest has been her target all season.

Connections had been hoping the race would not be quite as competitive as it looks, but trainer Jessica Harrington reports the four-year-old to be in great shape after two runs at the Curragh.

“It’s the best race of the whole year for those fillies. It’s an incredible race,” she said.

“She’s in good form, and we’ve had it in mind all year this is the race we wanted to go for, but we didn’t quite expect it to be quite as hot is it is.”

There are two other Irish-trained challengers, in Willie McCreery’s Insinuendo and Joseph O’Brien’s Thundering Nights.

French hopes rest mainly with Alain de Royer-Dupre’s Ebaiyra, who was second to Broome in the Grand Prix de Saint-Cloud on her latest start.

Cheltenham tips: Who to back for the Champion Hurdle at the Cheltenham Festival