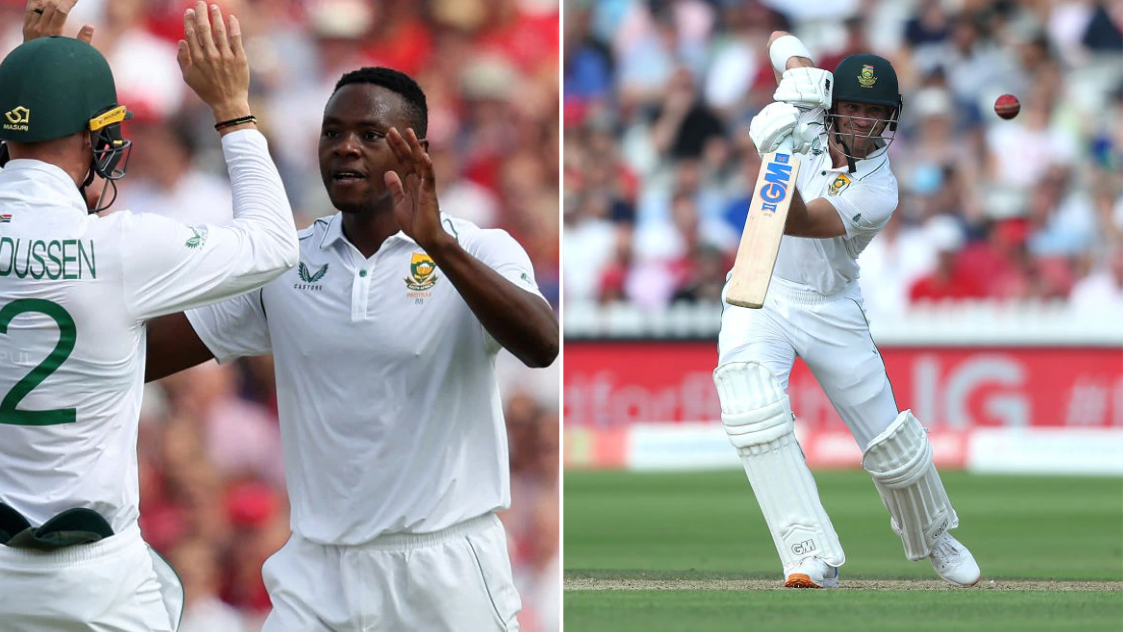 Kagiso Rabada says he fulfilled a ‘childhood dream’ by claiming a five-wicket haul at Lord’s as he helped South Africa take control of the first Test against England.

Rabada took two wickets on a rain-affected opening day – dismissing openers Alex Lees and Zak Crawley – and three more at the start of day two as England collapsed to 165 all out.

Proteas quick Rabada bowled Ollie Pope, who had provided the only form of resistance from the hosts with 73, before deceiving Stuart Broad with a slower ball.

Rabada completed his five-for and secured his name on the honours board for the first time when he dismissed James Anderson for a first-ball duck.

After South Africa’s superb bowling display, the tourists also impressed with the bat, reaching 289-7 at the close of play to lead by 124.

Rabada said: ‘It’s basically a childhood dream to be up on the Lord’s honours board.

‘I remember getting a four-for here in a one-day international and just missed it so I’m glad I could go over the line, especially in Test cricket.

‘Two weeks ago I wasn’t sure if I was going to play [because of an ankle injury]. That’s how much pain I was in.

‘But thankfully, the medical staff have taken time out to help me out. I know it’s their job but they did a fantastic one.’

England have won from equally tricky positions this summer but will need to produce another stirring fightback to deny South Africa an opening win in this three-match Test series.

Spinner Jack Leach said: ‘Obviously we’re behind in the game but there’s still plenty to play for. A few quick wickets in the morning and then we’ve got to bat really well second innings.

‘It’s quite similar [to positions we’ve been in throughout the summer]. We’ve got to take belief from that we’ve been here before and it’s about fighting for every moment in the upcoming days.’

Fellow England bowler Broad added: ‘The game is set up really nicely. We feel really positive in the changing room that we have got ourselves back in the game. Tomorrow is a must-win day.’