Track likely improving to Soft 5 and rail out 2m

Competitive race for this class to get us rolling on a track firming up all the time. It’s not Father’s Day yet, but tough five-year-old 2. Don’t Forget Dad has never raced better, and can make it three wins from his last four despite rising in weight. Tracked the speed before surging home to win a provincial CL1 23 days ago, and again draws to get a cosy trail right behind the speed. 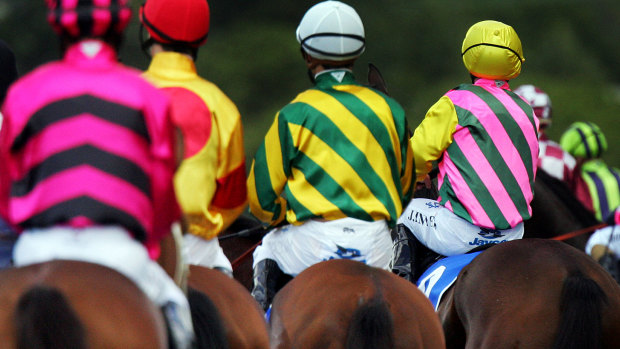 Dangers: Progressive four-year-old 1. Eyes To Eye was dominant from the front in a weaker grade last start on a Heavy 10, but sneaks further up in the weights and this is tougher. Honest local mare 5. Cassia Lane also comes off a last-start win in weaker company and will get a soft run on the fence around midfield; while both local five-year-old 4. Ambridge; and at bigger odds 6. Full Press can run into the minor end of the money.

How to play it: Don’t Forget Dad to win. Odds and Evens: Split

Plenty of chances in this staying contest headed by underrated five-year-old 4. So And So who peaks for this distance coming off a strong CL1 win in heavy ground. Up in weight but can afford to settle further back here on the bigger track, and will be strong late.

Dangers: Honest Coffs seven-year-old 3. Lava dug in hard to win a similar race here 25 days ago, but weighted to his best now and more depth in this. Include 5. Schiller’s Myst who drops in grade over further, with winkers replacing blinkers; and 7. Nature Boy also back in class; in all exotic bets. Gap to the rest.

How to play it: So And So to win. Odds and Evens: Split

Back to the short course for the girls, and progressive Tamworth mare 5. Pull The Tail can make it two straight this prep over a bit further. Sat behind the speed resuming before careering away for the easiest of wins, and while this is tougher, she has plenty of room for progression, and will stalk the speed again from a low draw.

Dangers: Gold Coast-based filly 3. Champagne Tastes is an immediate threat dropping in grade third-up from a soft draw and shapes as one of the better-weighted runners after the claim. Watch the betting on home track mare 1. Miss Super who returns for her first run in 12 weeks; while 2. War Lady fifth-up; and 4. Kambundji who draws the inside four weeks between runs; head the rest.

How to play it: Pull The Tail to win and quinella 3 and 5. Odds and Evens: Odds

Wide open sprint for the boys here, but no better value than tough four-year-old 8. Ragman who can give a huge sight on speed. Has been unfancied in betting in his last two, but both times led for a long way in races with stronger depth than this. Carries his lightest weight in a long time after the claim, and only needs to leave the barrier well.

Dangers: Improving Gold Coast colt 11. Enterprise Legend is also ready to strike at his third start. Has tactical speed and blinkers go on. Honest five-year-old 5. McGrath led for a long way here four weeks back and is well over the odds back on firmer ground. Keep safe 1. Allied Command second-up via a nice trial with winkers added. Include 6 Milo Man and 17. More To Adore if he gets a run; in trifectas and first fours.

The girls’ edition is even wider and exotics players will get any sort of value. Another one from the Lee Freedman yard at the Gold Coast, improving filly 14. Paketta is second-up off a long break, and draws to get a nice smother behind the speed. Held her ground okay first-up at Ipswich, but much better suited over 200m further and with significant gear changes.

Dangers: Expect resuming mare 4. Kiani to be in the finish from the inside gate, and normally comes to hand quickly. Ex-Victorian mare 5. Miss Matador also looks good value first-up for the new local stable with gear changes. Include in wider exotics 8. Star Diamond second-up from a wide draw and 12. Xenanic who went close third-up.

How to play it: Paketta to win. Odds and Evens: Evens

A stack of chances in this restricted sprint. Like the value of progressive four-year-old 2. Puerto Rico who finds an ideal and slightly thinner race. Was six weeks between runs when hitting the line hard in a BM 58 field here, and races best when he can settle off the speed and get to the outside.

Dangers: Improving six-year-old 1. Quatum flopped badly as a well-backed favourite second-up but draws to get a soft trail and can improve sharply on firmer ground. Must keep safe 4. Offyarocatwo who finished well first-up and normally peaks into his next run. Gap to the rest headed by 5. Fire Up Bruce who draws well fourth-up; and 7. Blend who will settle back and be saved up for a late charge.

How to play it: Puerto Rico each way and box exacta 1,2,4. Odds and Evens: Split

There’s never much between battling maidens over this sort of journey, but honest Coffs mare 13. My Water Lilly gets her chance to break through deep into her prep. Was only swamped late at this track two runs back before being outclassed in a much tougher maiden at Port a fortnight ago. Draws to get the right run and this is weak.

Dangers: Home track six-year-old 3. Merven is bursting to win one and drops in quality but has to overcome the outside barrier. The reapplication of blinkers can do the trick for 1. Lampkin Lane who has been weak through the line in two runs since transferring up from Victoria. Expect 4. Blessed Hope to improve sharply second-up from a better draw with blinkers added.

How to play it: My Water Lilly to win. Odds and Evens: Odds

One of the more open races all day is saved for last. Big fan of progressive mare 2. Wonderwhen who has been given 25 days since a dominant first-up win here in a weaker class. The handicapper hasn’t missed her with 59.5kg, but she has enough scope and tactical speed to offset the wider draw and has never missed a place in all seven runs here at home.

Dangers: Plenty of them headed by underrated four-year-old 4. Tidal Rush who is building a tidy record, and draws to get a charmed run fourth-up dropping in grade. Provincial mare 5. Asherla is also well in the each-way mix after closing off well third-up in a deeper race. At bigger odds, keep safe 7. I Am Beauty who resumes from a soft draw behind two winning trials; while hard fit 9. I’m Gunna Cashew; and 16. Spin that Wheel; are both worthy exotic runners.

How to play it: Wonderwhen to win. Odds and Evens: Evens