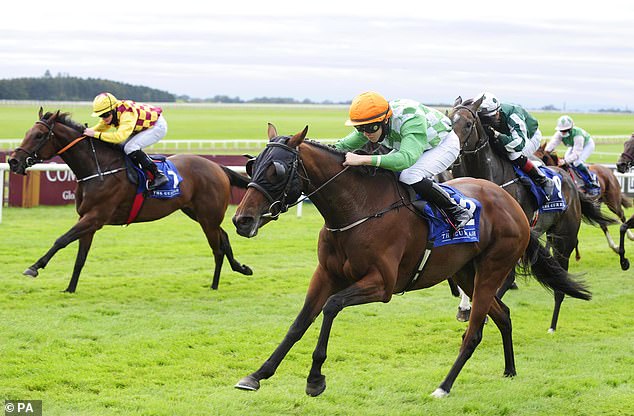 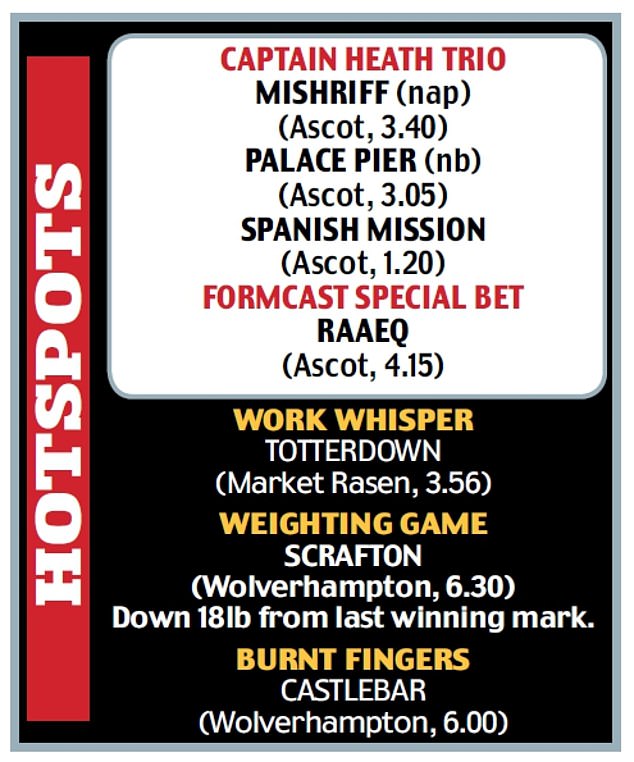 Rev can ruin end of the Pier show

Francis-Henri Graffard has enjoyed plenty of success with his occasional raiding parties to Ascot and THE REVENANT (Ascot, 3.05) can give the Chantilly trainer more high-profile success today.

Admittedly, the Queen Elizabeth II Stakes looks at the mercy of Palace Pier, who has earned the title of the world’s leading turf miler courtesy of victory in the St James’s Palace Stakes at Royal Ascot before venturing across the Channel to capture the Prix Jacques le Marois.

The John Gosden-trained Kingman colt was described as a ‘special horse’ by jockey Frankie Dettori after his French success and appears to have few chinks in his armour given he has already won at Ascot, albeit on the round track, and clearly handles deep ground.

He looks to hold Circus Maximus comfortably on that Deauville showing and the only aspect of Palace Pier’s claims which is unpalatable are his odds this morning.

With that in mind, and the fact Palace Pier has been on the go since the spring, The Revenant offers a viable choice for those looking for a better-priced alternative with a strong chance.

Second in this afternoon’s prestigious Group One 12 months ago, the son of Dubawi was being prepared to tackle some nice events on his favoured easy ground before the Covid lockdown.

Rather than run The Revenant throughout the summer on fast ground, Graffard eased off the gelding and instead conditioned him to win the Prix Daniel Wilderstein for the second year running on Arc weekend.

Graffard has since admitted he feared his five-year-old was at least a gallop short heading to Longchamp, so to produce such a dominant performance following a 350-day absence was no mean feat.

The Revenant follows the same path this afternoon and, given he posted a career-best display when second to King Of Chance last year, despite being held up in his run, I am hopeful he can go one better and follow the likes of stable predecessor Watch Me in claiming Group One success at Ascot.

Earlier on the card, MEHDAAYIH (Ascot, 2.30) looks over-priced as she bids to follow in the hoof prints of recent Gosden winners Star Catcher and Journey in the Qipco Fillies & Mares Stakes.

Given the selection has been absent since finishing an honourable sixth in the Prince Of Wales’s Stakes to stablemate Lord North, this race appears to have been a long-term plan and it is worth recalling she was travelling as well as anyone turning for home in last season’s Champion Stakes won by Magical.

The return to 12 furlongs should help this afternoon and she looks a very fair bet at double figures.

Warner off to sore and sorry start after selection gamble