Archer, one of four England players at Rajasthan Royals along with Jos Buttler, Ben Stokes and Tom Curran, added three more to his tally during Thursday’s 13-run defeat by the Capitals in Dubai.

That result left the Royals seventh in the eight-team league table, ahead of Kings XI Punjab, but trailing Sunrisers Hyderabad and Chennai Super Kings on net run-rate only. 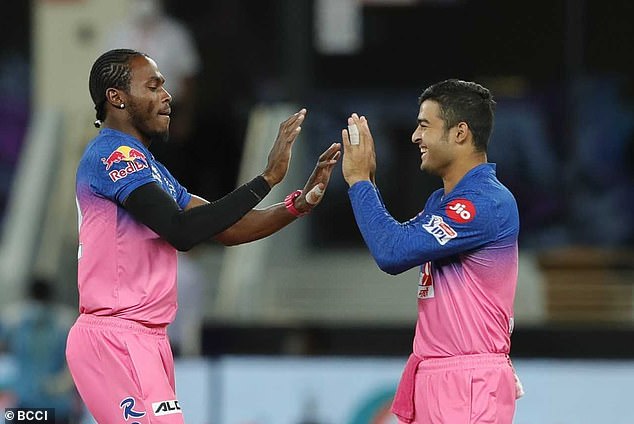 But, armed with the new ball, Archer has been outstanding – and his economy-rate of 6.56 is the best of any seamer in the tournament to have bowled at least 10 overs.

‘I’ve been very impressed with how Jofra’s gone about his business in this IPL for the Royals,’ Warne told MailOnline.

‘He’s done exceptionally well both in the powerplay overs as well as the death overs, and has managed to push the opposition back at every moment of the game.

‘He’s carried that fear factor in this tournament with his pace and accuracy which has been beneficial to the Royals. He’s been superb!’ 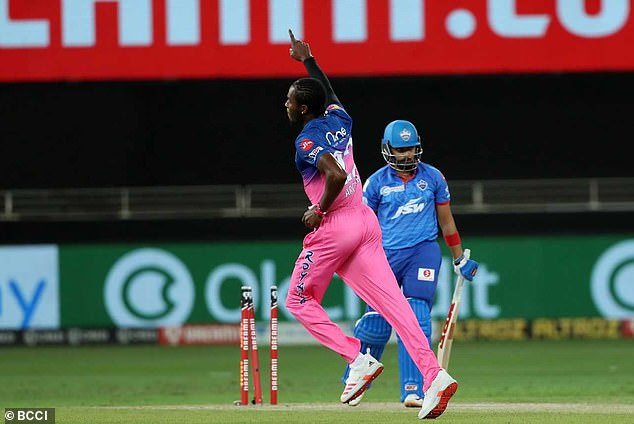 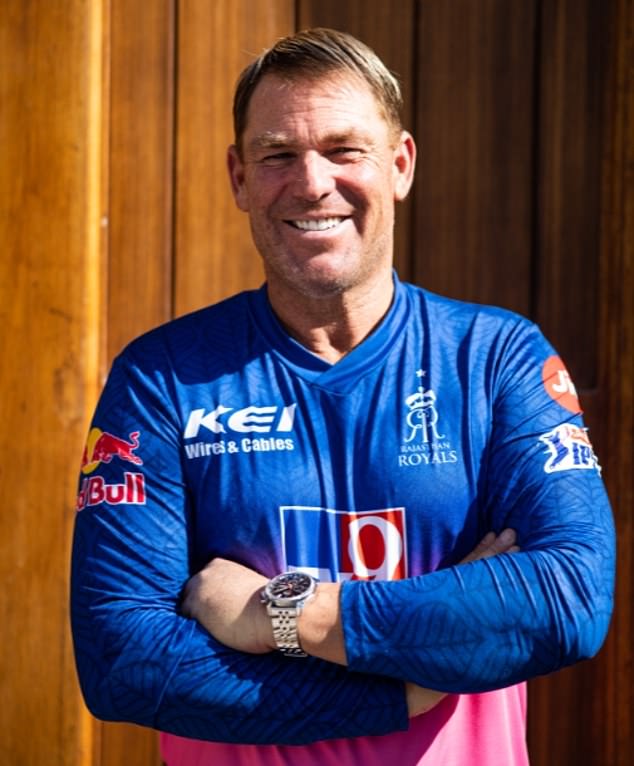 Warne, who captained Rajasthan to the inaugural IPL title in 2008 and is now an ambassador for the franchise, also said the Royals had benefited from the return to action of Ben Stokes, who made 41 off 35 balls on Wednesday after he and Buttler began with a stand of 37 in just three overs.

‘It’s a big boost to have someone like Ben Stokes available and playing for the Royals,’ said Warne. ‘Having a quality player lifts everyone’s spirits that bit higher, and motivates everyone to perform that bit extra for the team.’

The Royals’ next game is against Virat Kohli’s Royal Challengers Bangalore in Dubai on Saturday.

Shane Warne is an ambassador for the Rajasthan Royals, who have recently launched “The Pavilion” – an app that brings cricket coaching to the home. Download here: http://bit.ly/3049ksY

No mistake from Magical in Tattersalls Gold Cup