Globetrotter Mickaelle Michel already boasts superstar status in Japan, as well as international Group level success, but a trip to Ascot on Saturday will see the French jockey fulfil a childhood dream.

Michel, whose experiences include finishing third in the World All-Star Jockeys Championship in Sapporo in 2019 and winning the Group Two Premio Jockey Club in Italy, will make her British debut in the Dubai Duty Free Shergar Cup as part of Hayley Turner’s Ladies Team.

“I’m so happy, it’s a dream,” Michel told Sky Sports Racing. “I’ve been to a lot of championships around the world but this one is the big one. I love the atmosphere.

“When I was young I said I wanted to be on the girl’s team and now I am.

“I want to enjoy it and take lots of experience from it. I want to win, of course, but mostly I just want to take a lot of pleasure and make the British owners and trainers proud.

“I’ve ridden at many great racecourses but Ascot is a big one. Every jockey wants to ride there. Soon I can say: ‘I’ve ridden at Ascot, it’s done!'”

The 26-year-old broke through as leading female rider in her homeland in 2018 and has since enjoyed record-breaking success around the world. Reflecting on her experience in Japan, Michel said: “It was amazing. The first day we arrived, I felt as though I was in my home. They are so gentle and the country is very safe.

“The races are fantastic with a lot of fans and a great atmosphere. I’m waiting to go back there.

“It was really hard at the start to adapt to the style, but I love it.

“It was a real challenge. I was young and didn’t have a lot of experience but now I’m sure I’m really strong and I can ride everywhere. 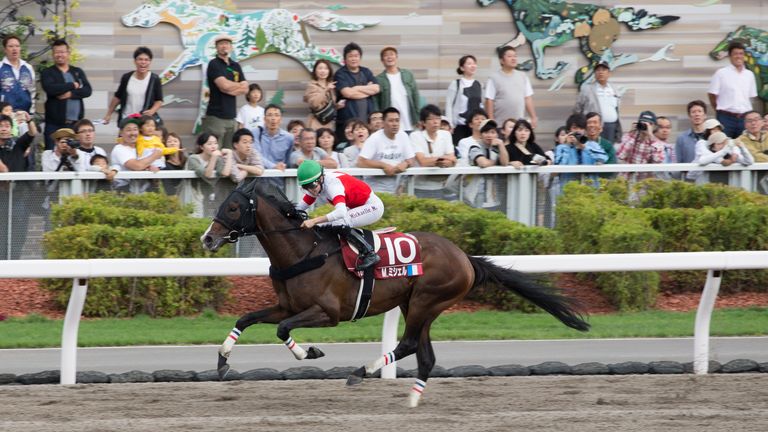 “I’ve ridden in Italy, Sweden, Saudi Arabia, Dubai, Germany, Ireland, Japan and Mauritius. If I win or not, I don’t care. I take a lot of experience, I meet a lot of good jockeys and trainers and I can learn.

“I love this life and I have a new lease. You can call me for a new experience.”

The man responsible for managing those experiences is Michel’s agent and partner, Frederic Spanu.

Spanu spotted Michel’s riding talent from an early stage and has always believed she was destined for the top. 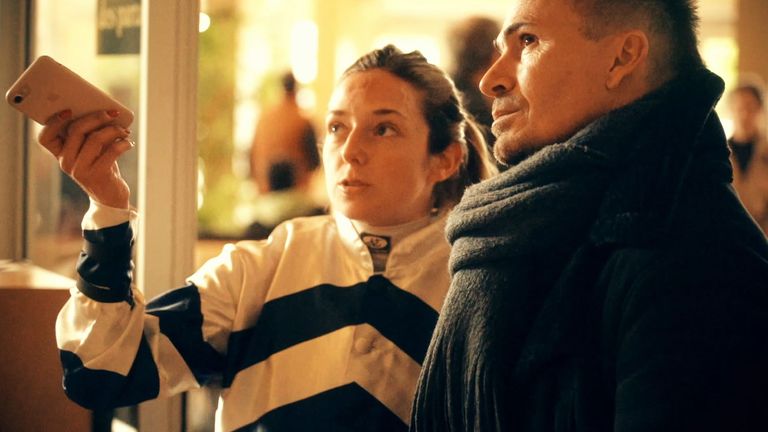 “When I met her, three-and-a-half years ago, I saw something in the race and said: ‘Wow, maybe she is a future superstar,” Spanu said. “I told some journalists and everybody told me: ‘You are crazy’.”

Michel credits Spanu’s honesty and understanding as a major factor in her rise through the ranks.

“It’s really easy,” Michel said. “Fred was a jockey so what conditions a jockey needs, their life and their mentality. He’s not just an agent, he’s a coach.

“We speak before and after every race. If I’ve done something good or bad, he’ll tell me.

“It’s hard sometimes and I cry a lot, but if I didn’t work with him my career would not be the same.”

Spanu knows plenty about Ascot, having worked at the Royal meeting on two occasions, and has no doubt Michel will prosper at the Berkshire track.

“It’s the best,” Spanu said. “Ascot is probably Europe’s best. When you arrive at the last furlong, you hear the people scream. It’s unbelievable.

“She will be riding with some very big jockeys and it will be a great experience.

“I’m very proud of this and I hope she enjoys it. She’ll be ready to ride winners there for sure.”