The Gai Waterhouse & Adrian Bott stable is set to strike in another juvenile race when Sightseer takes his place in a two-year-old maiden handicap (1300m) at Wyong today.

The colt recently debuted at Newcastle and was honest in defeat in a high-rating race with decisive margins. 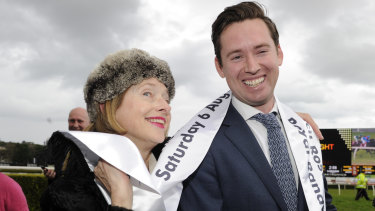 He sat outside the leader at a fast pace, never shirked his task to the line, and fended off late challengers to hold on for second placing.

He has since had a freshen-up and a trial between runs on the Warwick Farm synthetic track. The two-year-old was asked for an effort in his heat, and he raced well with the overall time and sectional splits.

Although drawn wide, the galloper can roll forward and cross his opposition from the 1300m start. Additionally, it is a long run to the first turn coming out of the back chute.

Multiple group 1 winning jockey Tommy Berry rides for the first time and, if he can repeat his last start figure, he will take some catching.

The Chris Waller-trained Ring Ahoy brings an X-factor to this event and had always promised to return an improved horse in his second preparation.

He resumes after two trials and will be set to pounce when the sprint goes on from the soft gate.

The day’s final event is an intriguing wide-open Benchmark 64 (1100m) with many chances.

Six-year-old Belladeel resumes without an official trial but, before his spell, he was a dominant winner at Newcastle. Moreover, he smashed the clock and won by a significant 5.5 lengths.

The gelding ran his rivals ragged, and Punter’s Intelligence recorded he ran the fastest final 600m/400m splits of the entire meeting in 33.32/22.58.

He draws well to settle handy to the speed and expect him to hit the line hard.

Dijon has been well backed in early markets and is ready to improve and win.

He ran second and beat the rest easily last start at Hawkesbury after accelerating strongly and ran his final 400m sectional in 22.81.

The three-year-old gelding’s ratings profile suggests he’s ready to peak third-up and maps to have all favours.