The MCC have clarified that Somerset’s Will Smeed should have been given out at a crucial juncture of Saturday’s Twenty20 Blast final at Edgbaston.

Cricket’s lawmakers said that as Kent’s Jordan Cox was in control of the ball and remained within playing area, it constituted a fair catch regardless of a collision with team-mate Daniel Bell-Drummond. 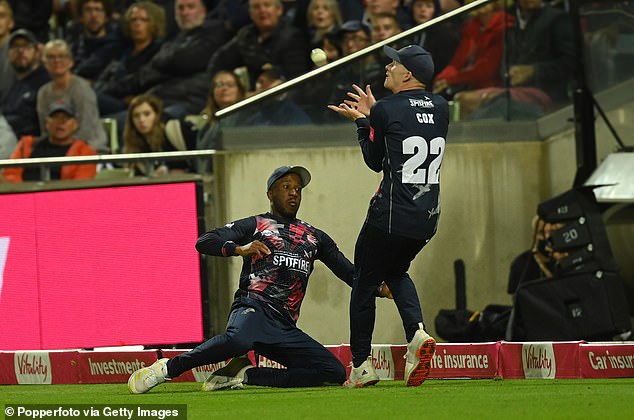 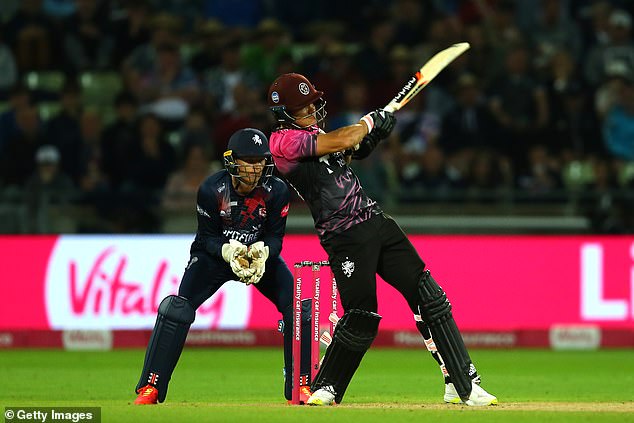 Somerset’s Smeed bagged six due to the collision, but the umpire should have given out

However, such a ‘chain of contact’ was irrelevant, MCC confirmed, as there had been no intention by the pair to aid each other in the fielding of the ball.

A statement from the MCC read: ‘If two fielders are in contact accidentally, then the fielder within the field of play is not deemed to be beyond the boundary.

Thankfully, the error did not influence the result, costing only eight runs, as Smeed – who top scored for Somerset with 43 – was caught three balls later by man-of-the-match Cox and Kent comfortably defended their 167 for seven to claim their first silverware for 14 years. 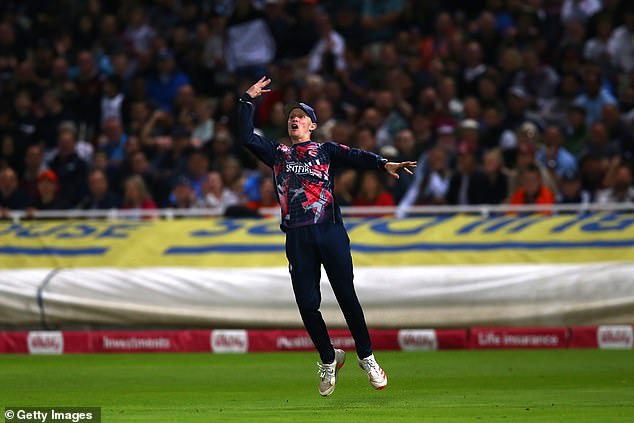 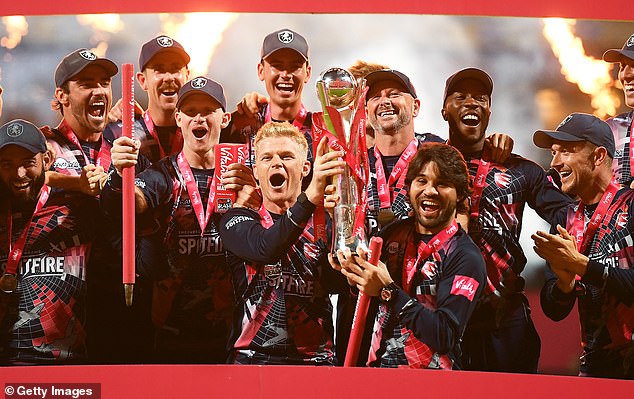