When the fixtures are released for the forthcoming season, those either in the same division or limited-overs group as Middlesex run their fingers down the list to see when and – crucially – where they will meet. Groans usually follow if the row ends with “Richmond”, “Radlett” or “Uxbridge”, with all due respect to those out-grounds.

Though limited-overs matches scratch an itch, and the 50-over final adds to the majesty, which Somerset experienced first-hand last year with their Royal London Cup win here, it is only the longest format and the longest stay that really satisfies. Where the Pavilion can be fully explored and the meals indulged and the Tavern Bar propped up for good and bad days, alongside opponents you’ll know well enough by now through age groups, international stints or just straight competition.

Some even brave the press box, one of its kind, to snap photos. Graham Onions, of Durham at the time, even made sure to bring his wife and child up there for a family photo in front of what is perhaps the best view of a pitch in world cricket.

So, there was a real sense of unfulfillment at Lord’s on Thursday, day one of five of the Bob Willis Trophy Final between Somerset and 2019’s County Champions Essex, that not only were there no fans in attendance but the areas usually ripe for perusal were marked with tape and crosses. A venue of such rich red-ball history where now even the ghosts are restricted. One quirk, which could rank as a benefit, is that with the changing rooms off-limits, Somerset’s players are changing in a suite usually occupied by the Queen.

But amid the coldness and the rain that meant only 44 overs were possible, we at least emerged with something of worth. Somerset have 119 runs. Essex, having elected to bowl first on Tom Westley’s successful call at the toss, are four wickets to the good. And with four more days to go, with first innings’ score the tiebreaker if the match ends in a draw, enough progress has been made to let you believe these two can put on a show.

At first Sam Cook was the protagonist. His namesake, Sir Alastair, was central to the build-up as his wisdom of 33 first-class matches here – 26 of them Tests – was tapped ahead of deciding on how best to approach a surface that offers enough throughout the match for both disciplines. Then it was over to Sam.

Utilising overcast conditions, and a natural ability to move the ball off the straight from an angled run-up, he trapped the precocious Tom Lammonby LBW with his third delivery of the day. It was a wicket that would be Cook’s century of first-class wickets. “It was great to pick up my 100th wicket at the Home of Cricket,” he said at stumps. 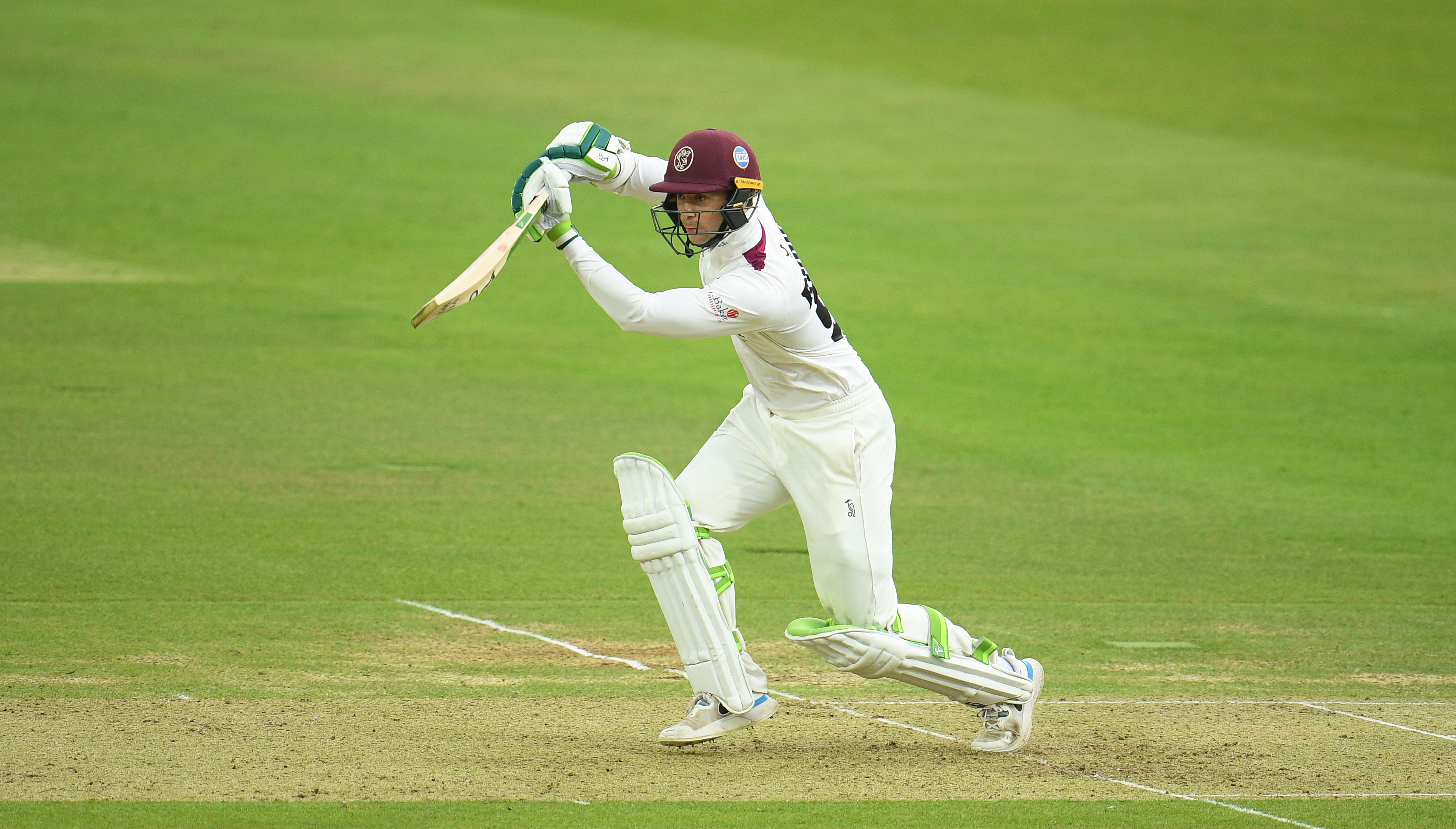 A second would come just before lunch, when Ben Green’s doughty knock of 24 was undone when he was undone by Cook’s patience more than anything else, playing down a slightly wrong line to divert his 66th ball faced onto his stumps.

By then, skipper Tom Abell had come and gone for 16, removed down the leg side by an acrobatic catch by Adam Wheater, who flew to his left and clutched low. And when an afternoon stranglehold of four maidens resulted in George Bartlett (12) giving Jamie Porter his first wicket – edged to Sir Alastair at first slip – the top order had been accounted for.

All but Eddie Byrom who, through the kind of spunk that only a card as young as Somerset’s can bring, played with a fluency that spoke of great confidence and ignorance – of belief in his ability to play the shots he did, like the straight drive for his ninth four that brought him to 50 from 82 deliveries. And to do so with the flagrant disregard of conditions in the bowlers’ favour.

The left-hander is 51 not out, a seventh score over fifty in 50 first-class innings. Though two of them are centuries, only one was scored for Somerset (against Cardiff MCCU at the start of the 2019 campaign) and the other was in 2017 while still playing domestic cricket in Zimbabwe for Rising Stars in a match against Bulawayo Tuskers.

That this was also his first half-century in competitive first-class cricket since 2018, a 54 also against Essex, is probably not particularly flattering. But here he is, in his first appearance at Lord’s in any format, in a match that will not rank as Somerset’s most important but certainly one that could see them win red-ball silverware for the first time in their history, still standing overnight.

Overhead conditions are unlikely to change much, which will give Essex the belief that Byrom’s turn and what has been a productive Somerset lower-order can be tamed. Similarly, anything above 250 will be classified as “competitive”.

Run to the Rose: King’s Legacy might not have speed to match likes of Farnan and Rothfire