Frankie Dettori, labelled Stradivarius’s ‘biggest fan’ by owner Bjorn Nielsen, has been replaced for the eight-year-old’s bid to win a historic fifth Goodwood Cup next week.

Dettori was criticised by Nielsen for his ride on Stradivarius in the Gold Cup at Ascot, where he finished third to Kyprios when attempting to win that race for a fourth time.

For Tuesday’s Al Shaqab Goodwood Cup, Nielsen has re-employed Andrea Atzeni who won the race on Stradivarius in 2017 and 2018. 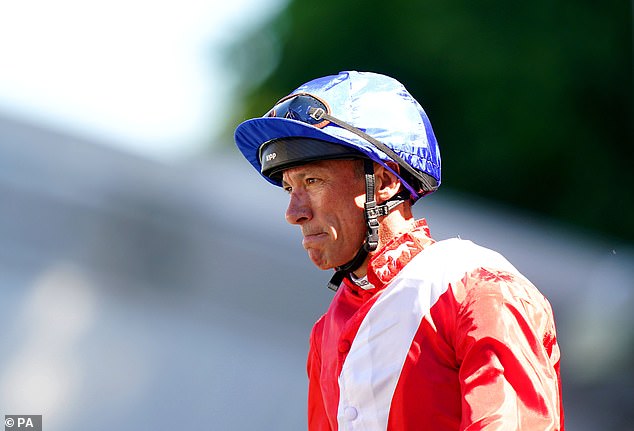 Nielsen said Dettori had given up the ride to Atzeni ‘by mutual agreement’, telling Racing TV: ‘Frankie has enjoyed a great relationship with Stradivarius and ridden him to many brilliant stakes victories, more than he has any other horse.

‘Frankie remains not only the Strad’s biggest fan but a very good friend and I look forward to seeing him continue his phenomenal career as one of the greatest big-race jockeys of all time.

‘Andrea will be no stranger to Stradivarius as they are undefeated together.’

The termination of Dettori’s association with Stradivarius, trained by John and Thady Gosden, comes as no surprise after a second successive hard luck story in the Gold Cup.

Following the defeat, a clearly annoyed Nielsen told reporters: ‘You can’t blame the horse here.’ Meanwhile, there will be another jockey change aboard a leading Gosden Group One challenger when James Doyle replaces David Egan on Mishriff in the King George VI And Queen Elizabeth Qipco Stakes at Ascot on Saturday.

Last week it was announced that Egan was no longer the retained rider for Mishriff’s owner Prince Faisal meaning the ride on his star performer, who finished second in the midsummer highlight last year, was up for grabs.