Andre Russell held his nerve to give West Indies a World Cup lifeline with a last-gasp victory over Bangladesh in Sharjah.

With Bangladesh captain Mahmudullah needing four off the last ball, Russell produced a pinpoint yorker to keep him scoreless and seal a three-run victory for the West Indians, who had lost their first two matches against England and South Africa.

They were also grateful for the all-round contributions of Jason Holder, playing his first game since flying in as a replacement for the injured Obed McCoy. 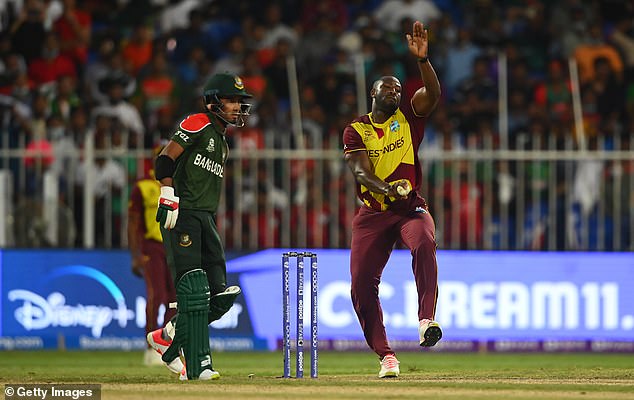 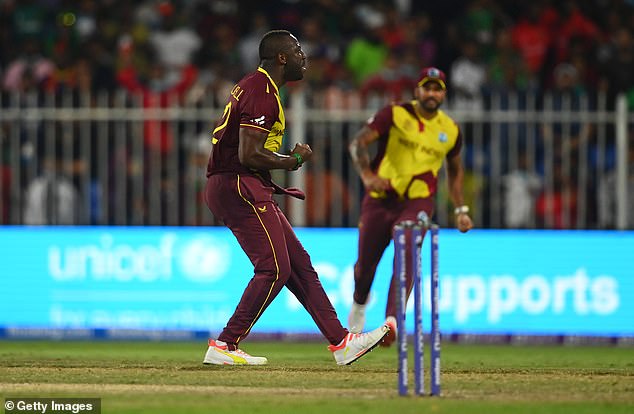 Holder hit two sixes in the last over in West Indies’ innings of 142 for seven, and then removed Bangladesh’s Mohammad Naim en route to figures of one for 22.

‘This win means a lot to the team,’ Holder said. ‘It was a do-or-die encounter.’

Pakistan made it three wins out of three after Asif Ali hammered four sixes in the 19th over off Karim Janat to break Afghan hearts in Dubai.

Afghanistan had given themselves a chance of defending 148 when leg-spinner Rashid Khan bowled Pakistan captain Babar Azam for 51 with the last ball of his four-over allocation, and Naveen-ul-Haq then had Shoaib Malik caught behind during an 18th over costing just two. 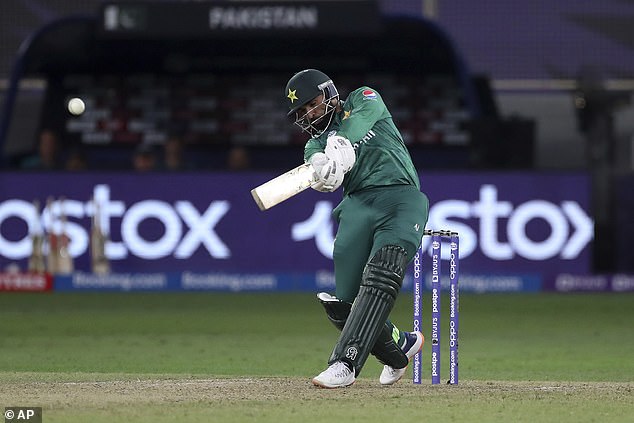 Elsewhere, Pakistan kept up their perfect start to the competition after beating Afghanistan

That left Pakistan needing 24 off the last two, but Ali — who had finished the job against New Zealand in Sharjah with three sixes in a 12-ball 27 — required only one, launching Janat into the stands from his first, third, fifth and sixth deliveries.

Earlier, Afghanistan recovered from 76 for six to reach 147 for six, but it wasn’t enough to bring them a second win after their demolition of Scotland.