The Queen’s hopes of having a runner in the Cazoo Derby on June 4 are over after all three of her remaining entries were pulled out.

Best chance, the John and Thady Gosden-trained Reach For The Moon who had been 7-1 third favourite, has lost his race against time to get in shape for the blue riband of Flat racing at Epsom after suffering an injury last autumn.

The William Haggas-trained pair – Educate (40-1) and General Idea (66-1) – were the other two royal colts to be scratched. 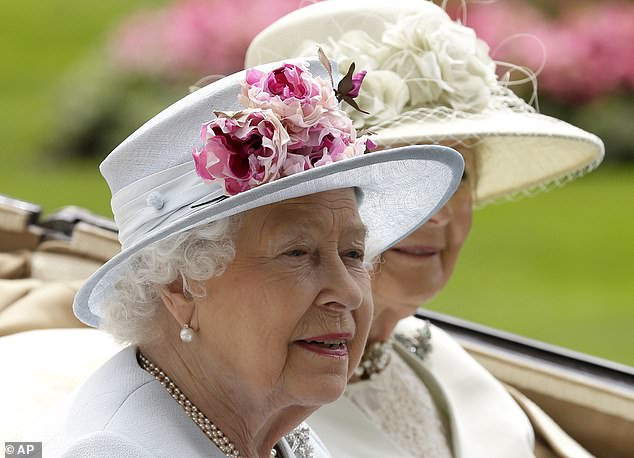 There had been hopes that Reach For The Moon could make the Dante Stakes at York next week, one of the most significant Derby trials, but with that has been ruled out with The Queen’s racing manager John Warren saying: ‘We will look forward to (Royal) Ascot.’

The Queen has never won the Derby. The closest to success she came was Aureole’s second place in 1953, her coronation year.

The sport had been hoping that its greatest patron would have a contender next month with the Derby meeting falling on the Platinum Jubilee Bank Holiday weekend.

The focus is on the Derby at Chester on Wednesday afternoon with Charlie Appleby-trained New London hot favourite for the Chester Vase.

On Thursday at the track Mr McCann, owned by a syndicate of past and present Liverpool players, will bid to show he is worthy of a place in the Derby when he runs in the Dee Stakes.

Ex-England cricketer Monty Panesar: It’s shocking, but I want good to come out of this