Home » Sports News » ‘This is my best chance to win’: McDonald turns focus to Cox Plate with Zaaki

Fresh off a stunning Everest win on Nature Strip on Saturday, Sydney’s champion jockey James McDonald has arrived in Melbourne with one job on his mind.

The $5 million Cox Plate is a race that’s eluded “J-Mac” to date – Kolding (2020) and Verry Elleegant (2019) were unable to make an impression in the weight-for-age championship – but the prospect of partnering long-time favourite Zaaki would always prove alluring. 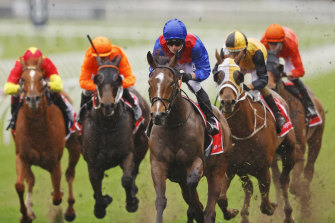 The former European racehorse, now trained by Annabel Neasham, made his biggest splash in Queensland, where he won the Doomben Cup by seven lengths in a Cox Plate-esque performance. Three subsequent wins saw him shorten into an odds-on favourite, leading the TAB to pay out on Zaaki as the winner.

But despite Zaaki’s failure as a $1.28 favourite in the Might And Power Stakes last start, which has seen him drift as the Cox Plate favourite, McDonald says he wouldn’t want to be riding any other horse.

“He showed how good he was in Queensland and really since then I thought this is my best chance to win the Cox Plate,” McDonald said.

“I think he is going to love the pressure of a Cox Plate, and I’m not worried about what happened [in the Might And Power Stakes] at Caulfield.

Zaaki had a look around Moonee Valley on Saturday morning and McDonald said, by all reports, he seemed to enjoy the experience.

“I spoke to his trackwork rider after he went the Valley on Saturday morning, and he was very happy,” he said.

But, in teaming up with the Neasham-trained star, McDonald finds himself in the rare position of lining up against Chris Waller’s accomplished mare Verry Elleegant. 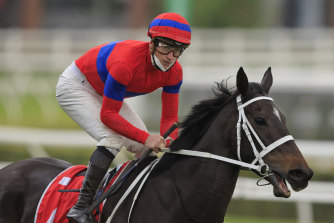 Zaaki was always McDonald’s first option for the Cox Plate, despite his association with Verry Elleegant, but whether he would take his spot in the saddle was always going to depend on whether an exemption was granted for the Sydney jockeys to travel.

The Victorian government granted McDonald and his Sydney peers approval last Thursday, but Racing Victoria protocols mean McDonald and Hugh Bowman (Mo’unga) will need to quarantine for six days before riding at Moonee Valley on Saturday.

“Zaaki’s owners were always happy to wait and see if I could get there [to Melbourne] and I really want to repay them for that,” McDonald said. “It would be an awesome couple of weeks if I can do it.”

McDonald’s soft commitment to Zaaki meant the jockey merry-go-round would progress in the background. With Verry Elleegant following a Winx-like preparation through the Turnbull to the Cox Plate, Damian Lane secured the two rides on her.

Meanwhile, Craig Williams, who kept the seat warm on Zaaki for two starts, saw an opportunity to jump on the light-weight Caulfield Guineas winner Anamoe and grabbed the chance with both hands.

“The connections of Verry Elleegant jumped early and wanted her in Melbourne, which meant I wasn’t going to be able to ride her,” McDonald said.

“It is certainly going to be strange going out in a race against Verry Elleegant and I hope she does go past in the straight and make me look silly.”

The Revenant ready for ParisLongchamp test