Neilson Powless in action during stage 5

The first week of this year’s Tour de France was one of the most brutal in living memory. Mass crashes peppered almost every stage and for most riders – other than man in yellow, Tadej Pogacar, perhaps – it quickly became less about racing and more a matter of survival.

Monday’s rest day was the first chance to stop and take stock of the damage. Riders took the opportunity for leisurely rides through the Alps to shake off any lingering lactic acid in their legs. They lay on massage tables to soothe battered bodies. And they revelled in doing nothing at all: hot baths, long naps or simply having a sit down – anything to give the brain a break from the peloton’s storm.

On the evening of the first rest day, The Independent spoke to 24-year-old American rider Neilson Powless, at his second Tour de France for US team EF Education, to find out how riders sleep, eat and use data to look after their body and their mind at the pinnacle of cycling.

How much emphasis do you put on data versus what your body and your mind are telling you about your recovery?

NP: “They tend to go pretty hand in hand actually. The data is often pretty reflective of how I’m feeling. Most of the time I wake up and already have an idea in my mind of what my scores would be, and then I’ll log into the Whoop app and it’s normally pretty close. Much like today, waking up with a 7 per cent recovery is pretty reflective of how I feel [laughs]… That might be my lowest score ever.” 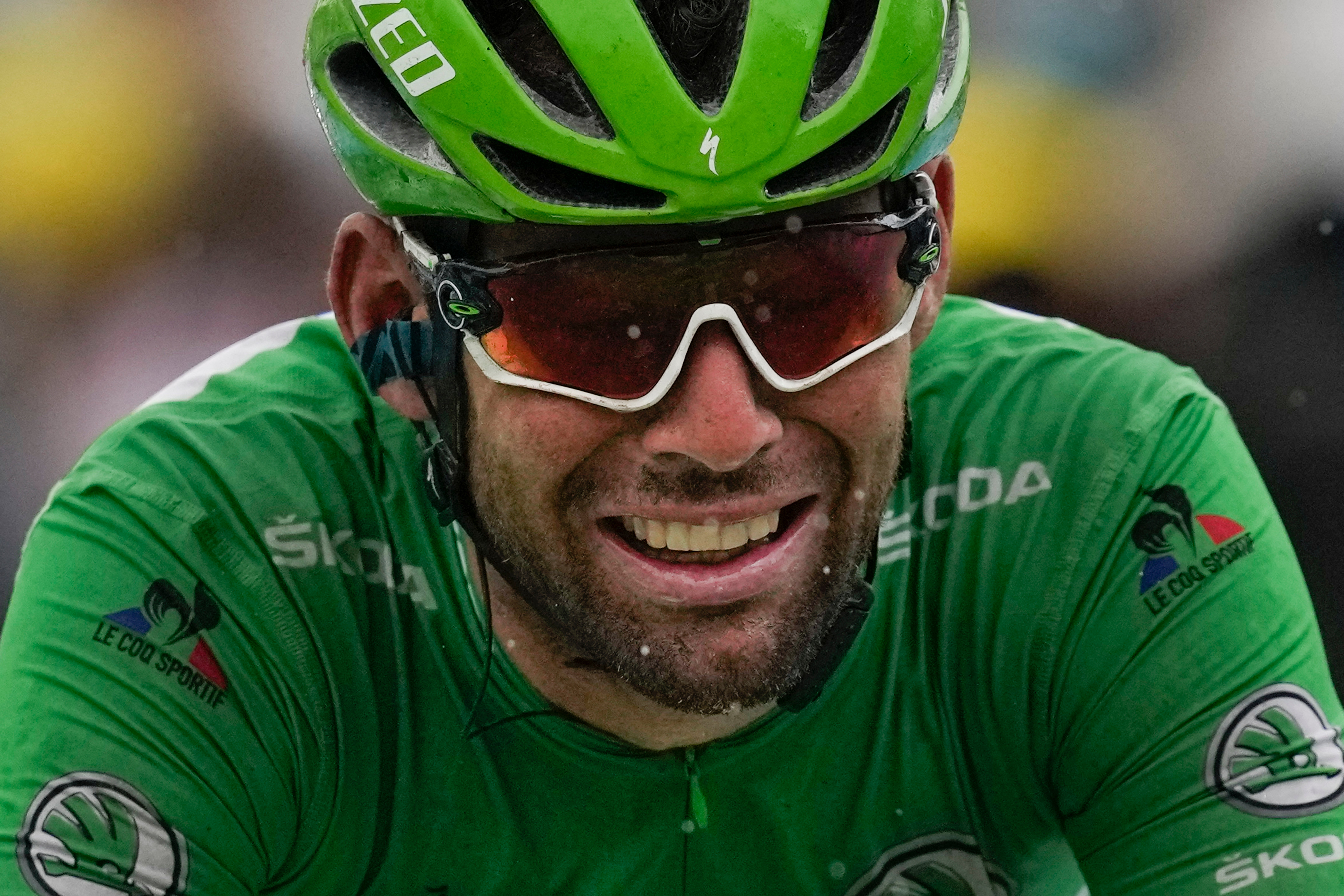 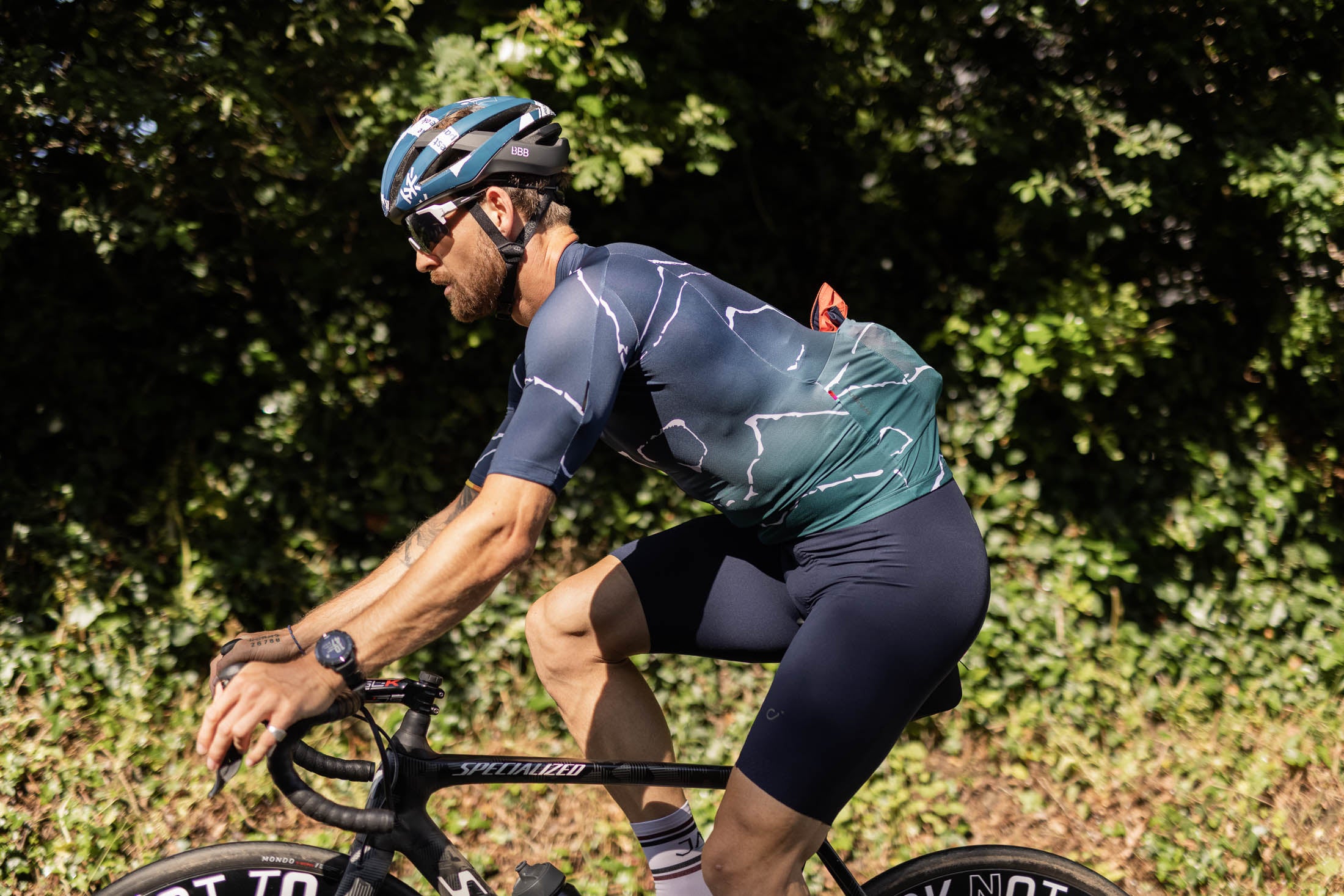 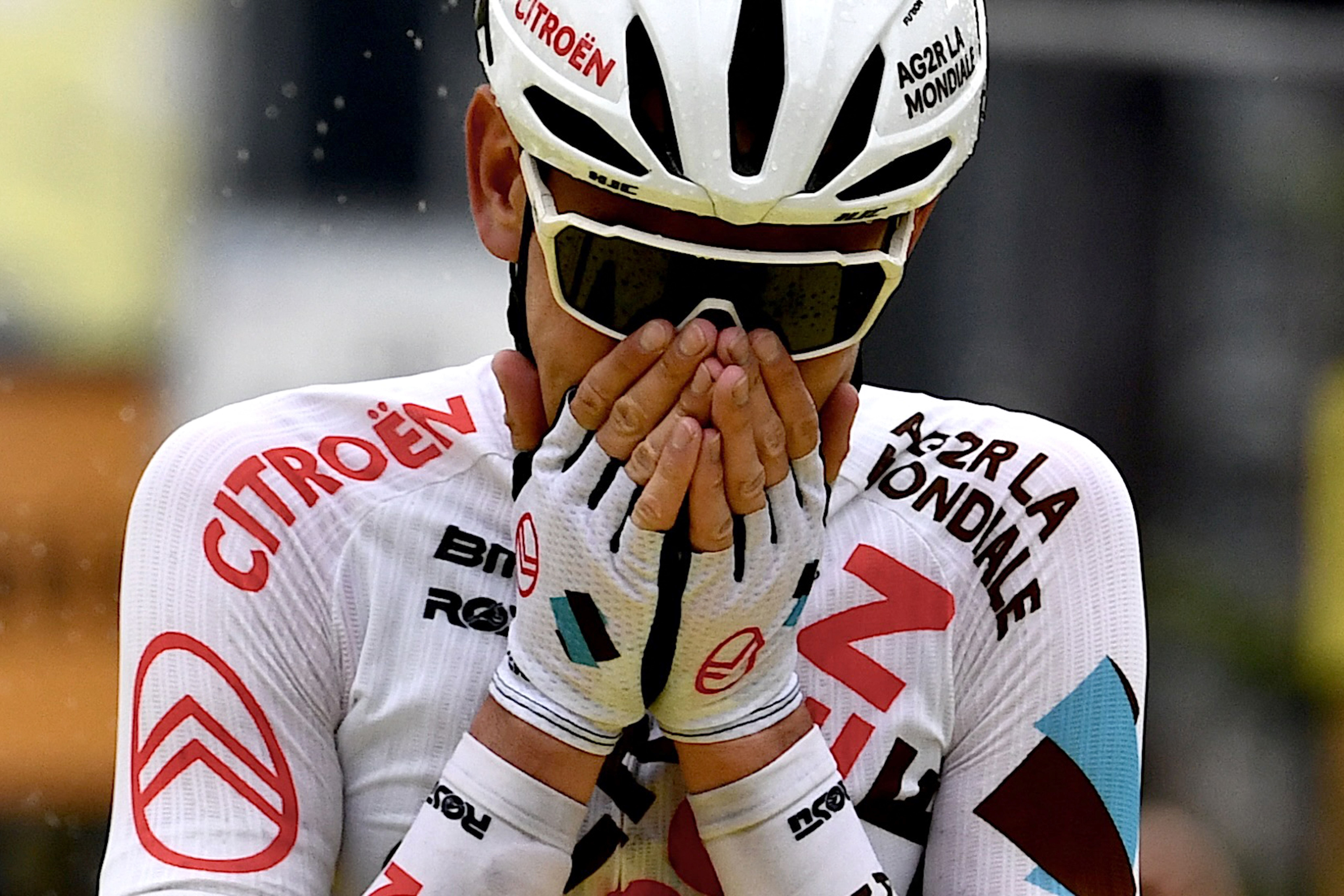 Does that reflect the brutal nature of the opening week?

“The past three days especially, we went through some pretty extreme environment changes. They were three super tough days, one [stage 7] was almost six hours long and it was pretty hot that day and really intense at the end. And then the next two days where the temperature just completely flipped and it was frigid and that really takes a negative toll on your body. Going through drastic temperature changes like that while at the same time pushing your body basically to the limit… I mean so many guys yesterday were really struggling just to finish within the time cut. Everybody was so empty.

“We had a recovery ride today and we went faster on the climb up to Tignes than we did in the race. Because yesterday it felt like we were racing all out but we were just completely drained. Pushing yourself to that point, while going through those extreme temperature changes and just you’re hyper focused on the race, the whole time your adrenaline’s going because you don’t want to crash and the roads are slick, you just have to stay so focused the whole time, while at the same time doing your best to keep yourself warm and think about what’s happening in the race. It’s quite a lot to put on yourself, and I think that not only the KJs we’re pushing on our bikes, it’s the mental fatigue and the overall strain that we’re putting on our ourselves in these conditions.” 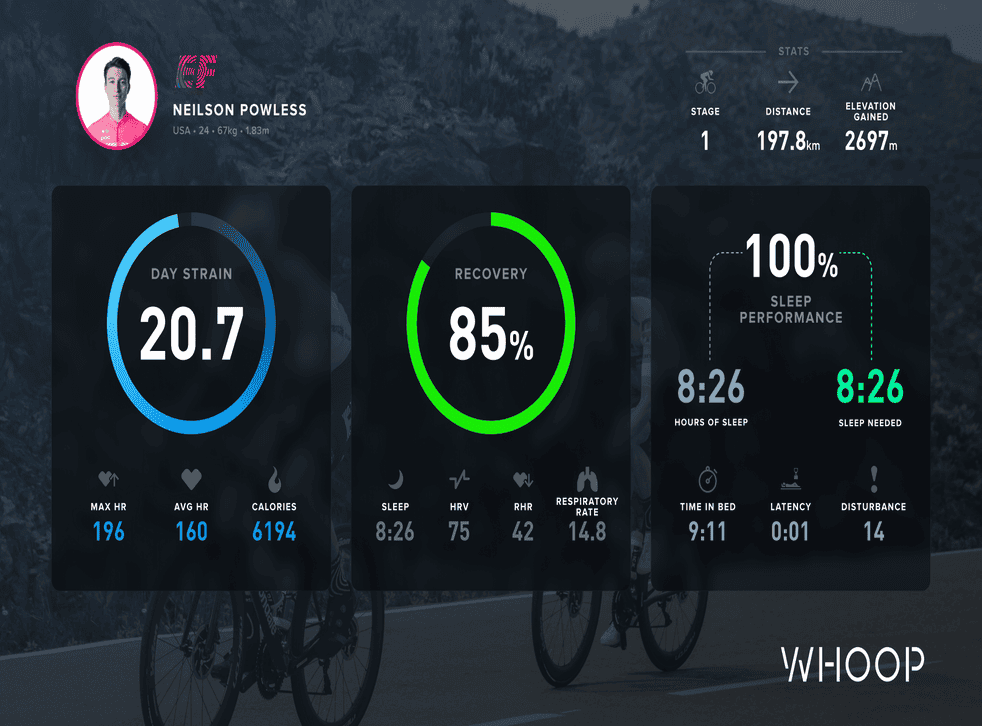 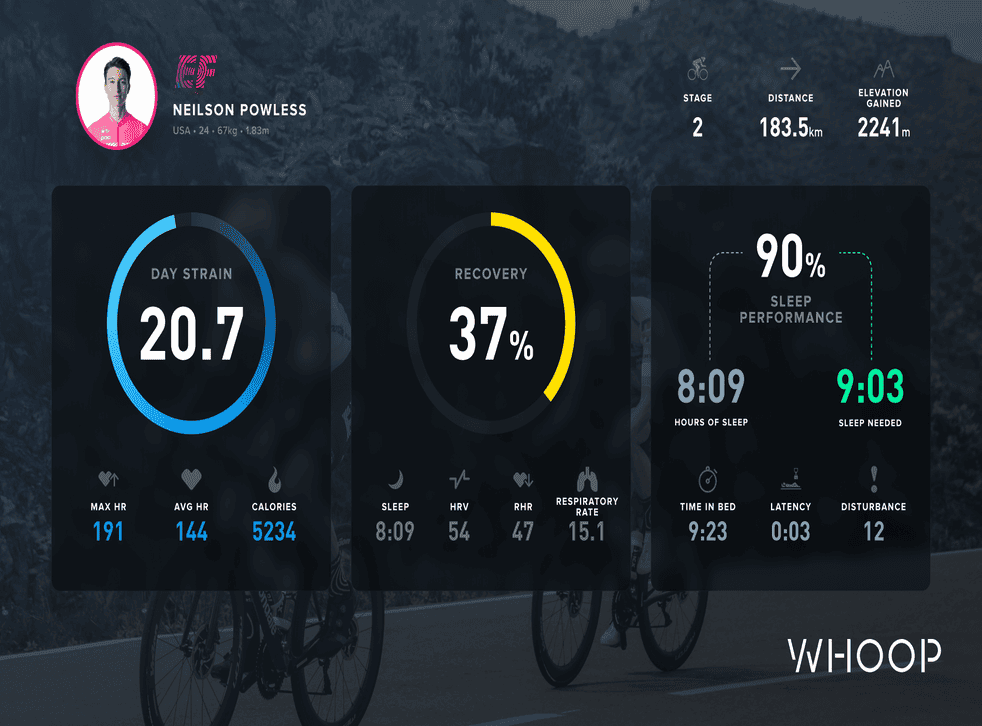 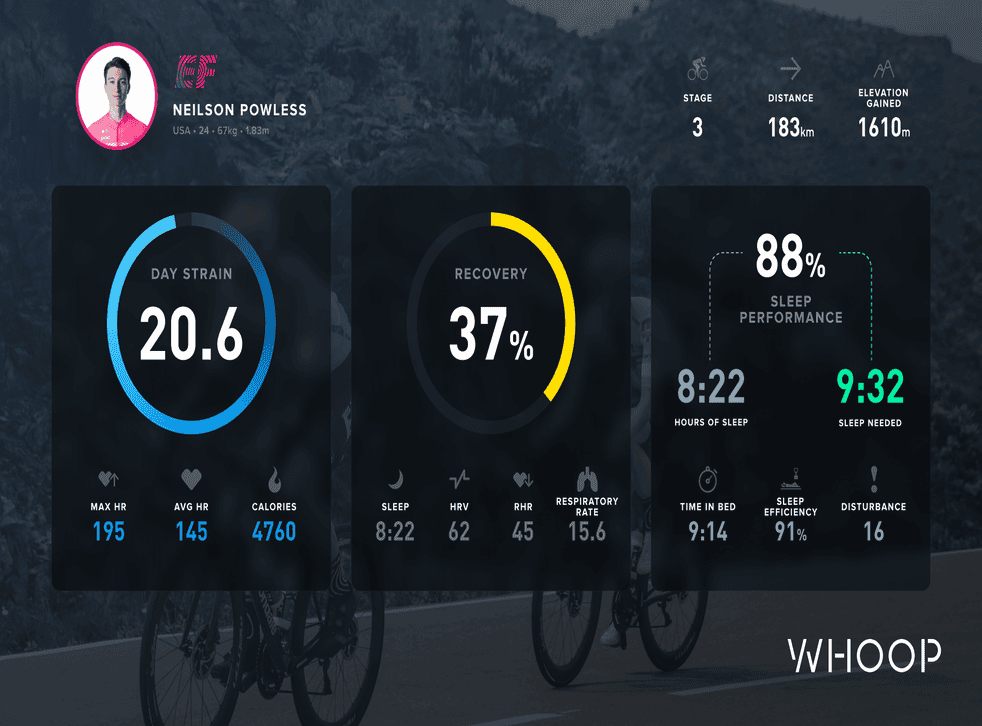 What’s the key to a good rest day?

“The key is good nutrition and trying to relax. Today I took a short walk after lunch and went for a recovery ride. On the recovery ride I kept things really minimal, just super light cardio, because as much as I would want to take the day completely off, physically for the circulation and recovery benefits of going for a super easy spin on the bike it helps you improve your recovery a lot better than just a complete day off. It keeps your body’s systems moving and helps your body process the food and the nutrition that you’re giving it. So you want to keep the body moving a little bit while at the same time balancing that with real quality rest, and a lot of time in bed! I’ll take a long hot bath getting ready for the hard days coming up, try to catch up with family, give my wife a call, my parents a call and enjoy the mental rest of not having to focus on the race today. It’s really nice.” 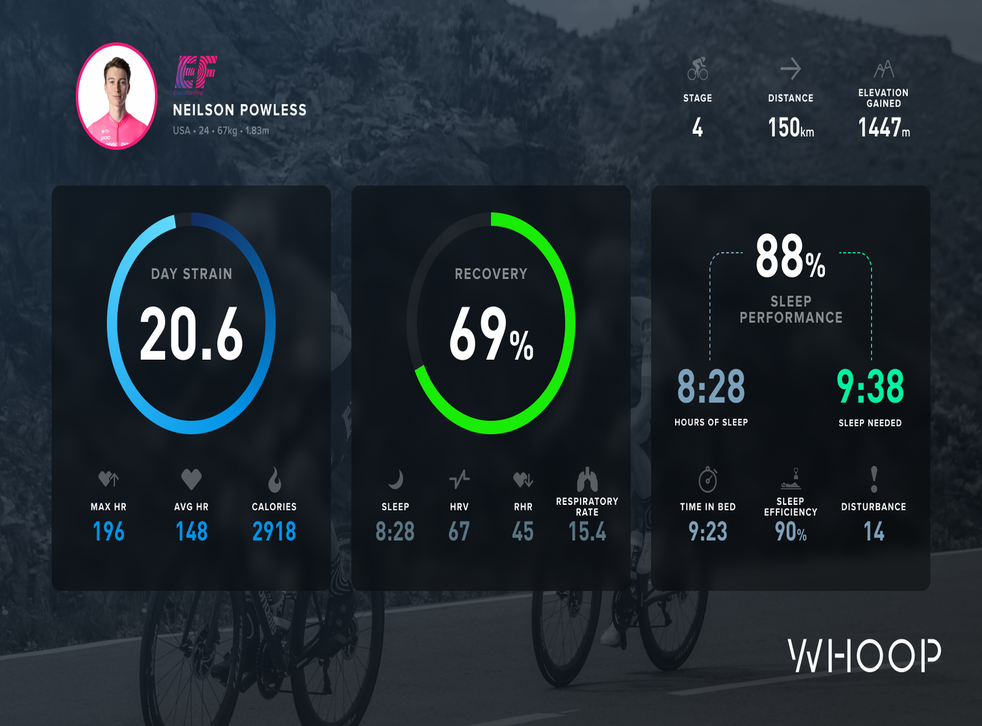 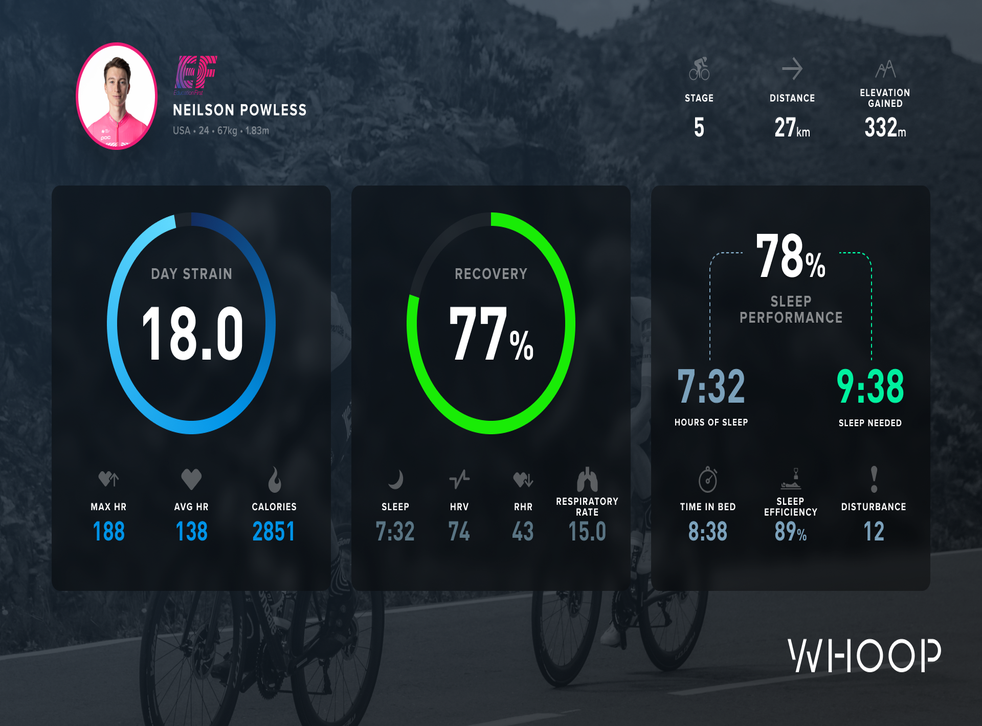 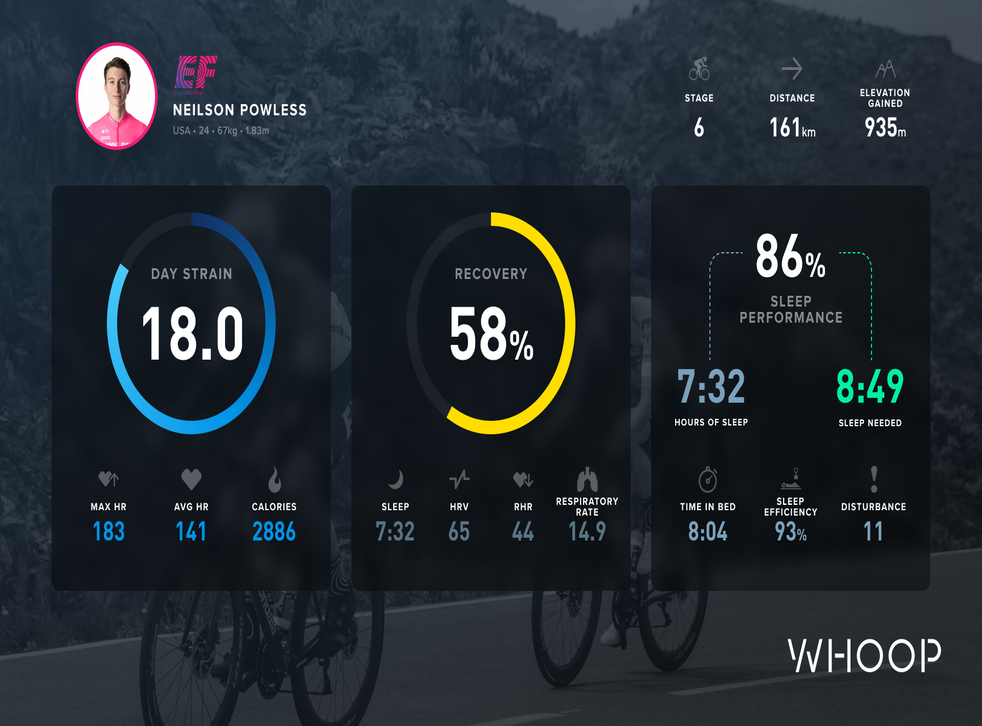 How crucial is sleep at the Tour?

“Sleeping is so important for your recovery, not just mentally but for your body, your muscles, for everything to be able to recover well each day. Seeing the data in the morning helps you to put more focus on trying to get as much sleep as possible. Sometimes you do just want to have a little bit longer at night before going to sleep, just to have some moments to yourself is always nice because you’re here in this vortex of people and media and competitors and teammates all day, and then you finally get back to your room and it’s now 10.30pm and you think, OK, I want to relax, maybe take my mind off things and watch a TV show or movie or something, but I think in the long run it definitely pays dividends to try to cram as much sleep as possible, and so most the time when I come back from dinner at the end of the day, I’m focused on closing my eyes and trying to get as much sleep as I can.” 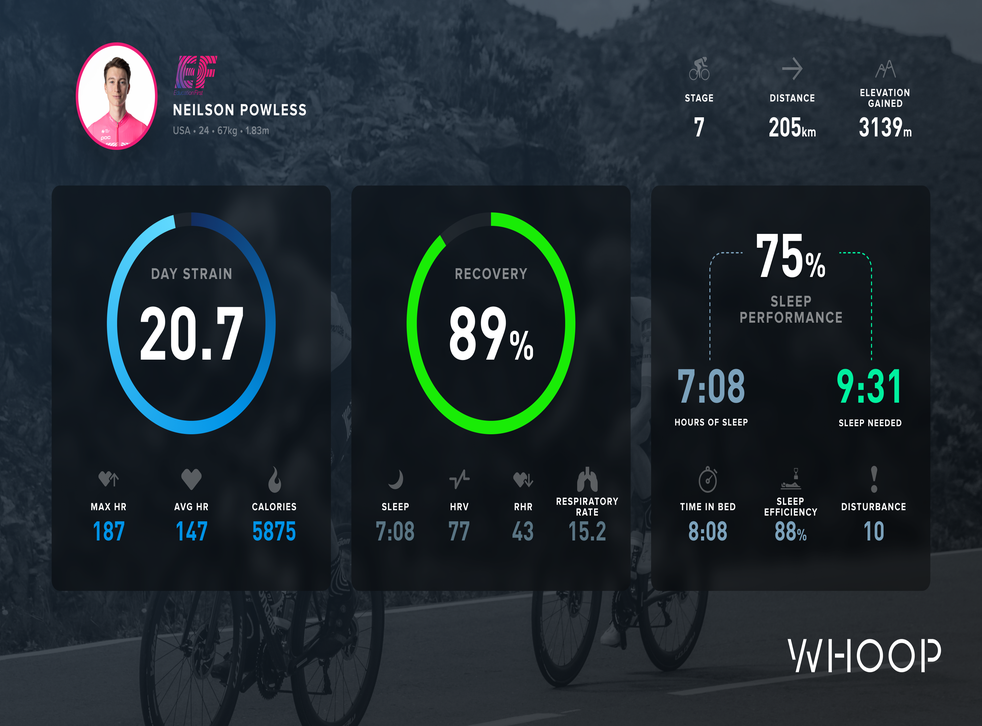 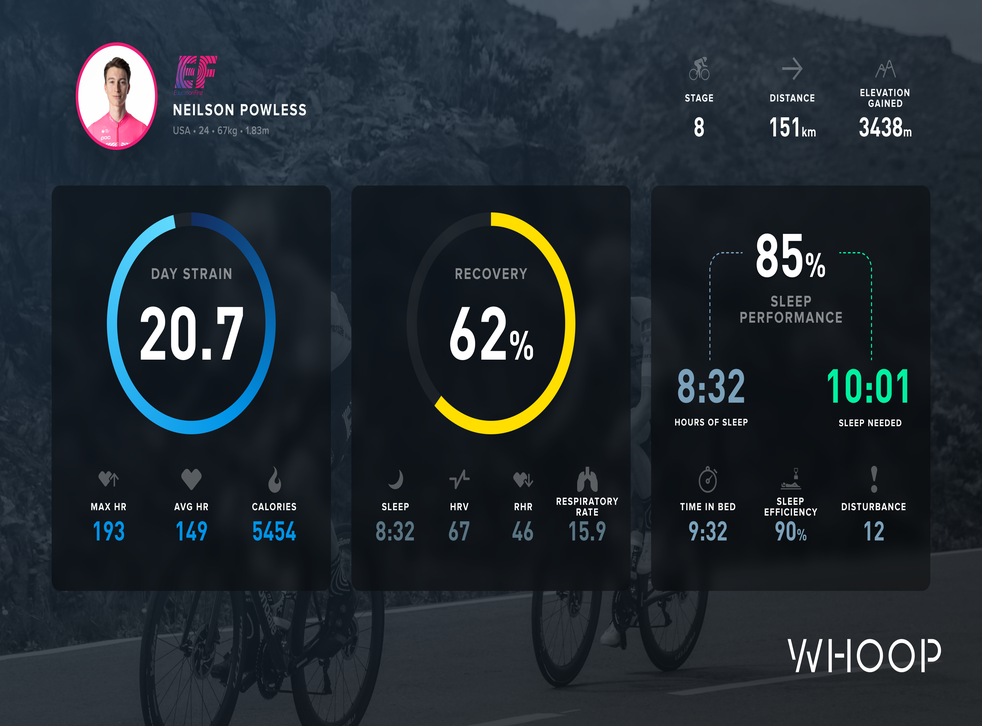 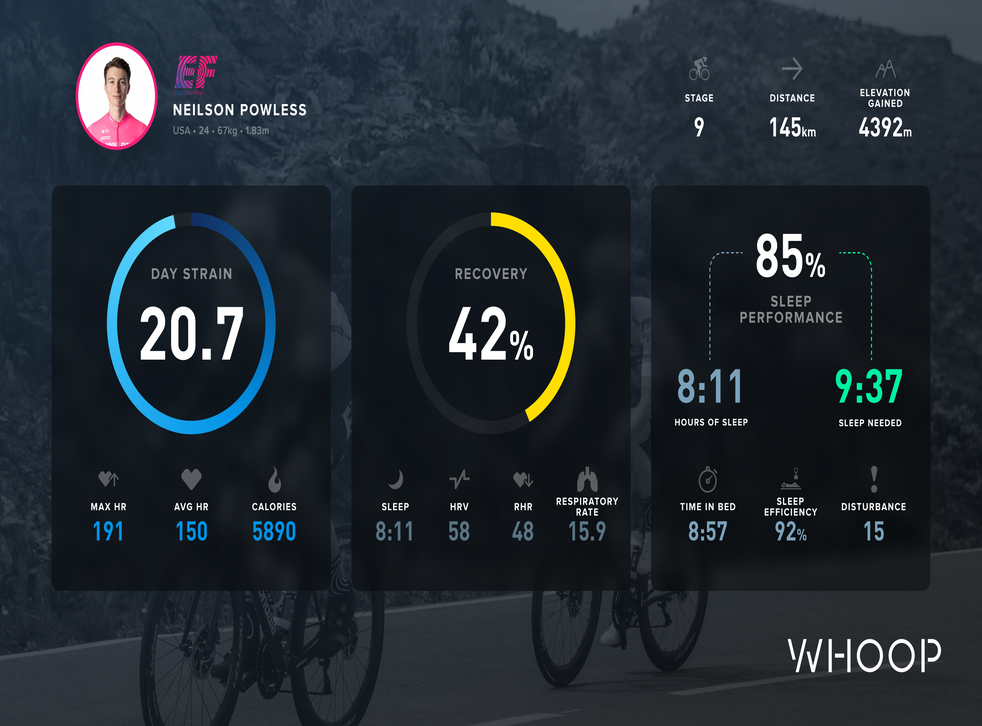 Team Sky claimed to take sleep to the next level with things like bringing their own bedding to every hotel. Do you do anything unusual?

“Actually the main thing is trying not to look at my phone too much at the Tour, after dinner especially. Sometimes it’s hard because you want to, people are always tagging you on Instagram and you’re constantly getting notifications of people posting things about you during the Tour. But it’s good practice to try to minimise the screen time because I do think it helps me fall asleep quicker.

“And then, especially in the races, I have to keep in mind how late some of the finishes are. As much as I would like to take caffeine gel or something late in the race, it’s not always the best option at maybe 5pm or 5.30pm because it runs into your sleep time and how well you’ll be able to fall asleep, and the quality of your sleep. I’ll tend to ease off the caffeine, especially if it’s not a really tough mountain stage, because we already have so many other stimulants with the adrenaline in the race and you’re just constantly on edge all day. So, just doing everything you can to make your evenings relaxed is key.”

When you’re burning 4-5000 calories per day, does eating to replenish all that energy become a chore?

“[laughs] Right after the race, when we’re having our – we call it lunch but we have it at like 6pm, so I guess our post-race snack – that one tends to feel a bit more like a chore, because you’re just so hammered and I mean honestly all I want to do is just lay back in my chair and stare at the ceiling. And you’re typically having it out of a Tupperware on a bus, and although it’s made by our team chef, it’s delicious but it’s just like a meal on the go, and so that one definitely tends to be more like a chore. But I’ll say that breakfasts and dinners, at least with the team that we have around us with the nutritionists and the team chef, they do an amazing job of keeping things fresh and nutritious and super delicious for us when we’re in the race. Every meal is something different and you know every morning you can order whatever you want from our shop and basically anything we asked for, he would get for us if we just give him maybe a day’s notice, it’s actually pretty incredible.

“I think the strides that most cycling teams have made over the past five years to get to this point of having that level of support on the nutrition side ends up making a massive difference. Meal times are often the best time of the day, especially at dinner time talking about everybody’s unique experience of the same race they had that day, it’s pretty fun.”

How important is it to switch off mentally from the race?

“The mental rest you get is almost more important than the physical rest, because I’m sure if we had stage 10 today we’d still go on racing and we’d still push our bodies to the limit again. But I think just having that mental rest is the biggest plus side to these rest days.”