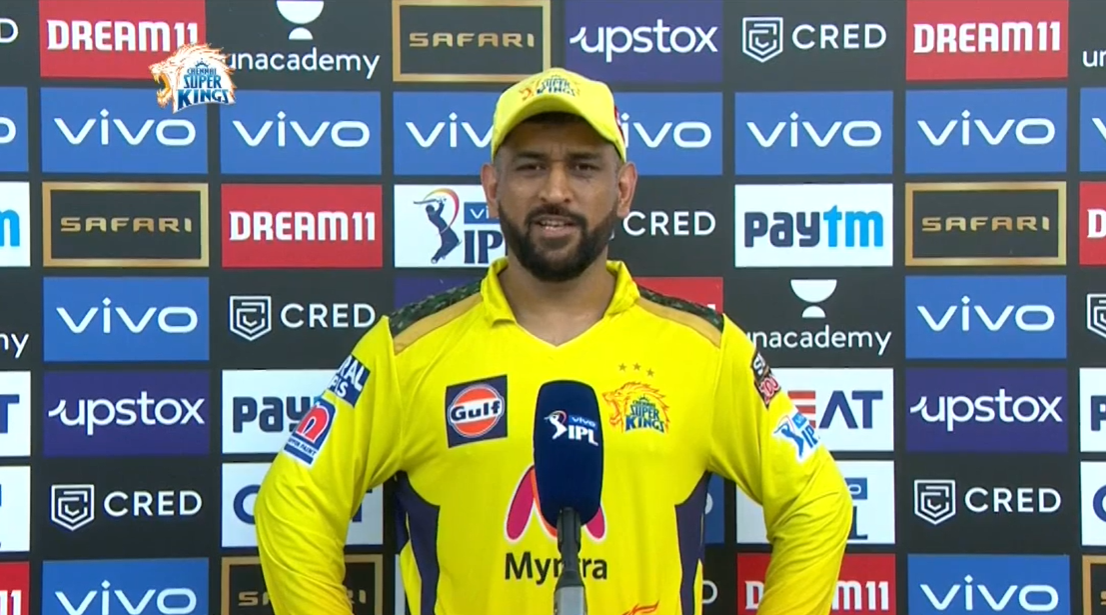 Dhoni came to the crease with the Super Kings needing 23 from 11 balls and hit Avesh Khan for a maximum before taking the 13 runs required from England bowler Tom Curran’s final over.

Following Dhoni’s heroics for CSK, India captain Kohli tweeted: ‘Anddddd the king is back. The greatest finisher ever in the game. Made me jump out of my seat once again tonight.’

Former Australia batter and Delhi coach Ponting added: ‘Look, I think he has been one of the greats, I don’t think there is any doubt about that.

‘It was a situation tonight where we were thinking will Jadeja come next or will Dhoni come next? And I put my hand up straight away and said I am pretty sure Dhoni will come out now and try to ice the game.

‘We probably did not execute as well as we needed to, especially to Dhoni in these last couple of overs.

‘You know that if you miss, he is going to make you pay, and he has done it for a long time now, and our bowlers just missed their areas a little bit and he certainly made us pay.

‘When MS is retired, I think he will be remembered as one of the great finishers that the game has ever seen.’

Despite his reputation as one of the best finishers in the history of cricket, Dhoni’s cameo came as a surprise to some fans given his underwhelming form during the IPL.

NASSER HUSSAIN: Old-fashioned Dom is the opener we've been craving