Among a string of progressive and exciting gallopers aimed toward bigger targets well into the spring, one stable star in waiting can steal the headlines on an improving track. 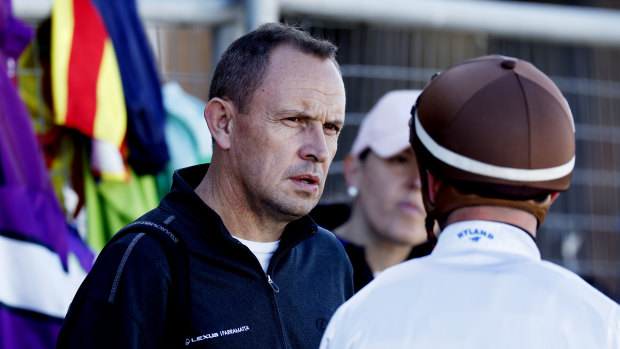 Full of exciting potential, four-year-old Narito reloads two weeks after he put a handy maiden field to the sword on debut at Wyong.

That day, the son of Japanese super sire Maurice sat back off the speed, hooked to the middle and swept past at the 150-metre mark with seemingly plenty in reserve.

Narito steps up quickly to a Benchmark 64 over 1200m on what should prove an even more suitable bigger track and threatens to go off a hot favourite.

By Group 1 Irish staying star Free Eagle, Inuwashi found his best stepping up to the mile at Hawkesbury three weeks ago, roaring home from near the back to win at a heavily backed short quote.

With that winning experience under his belt, and naturally yearning for the longer journey, connections will be confident Inuwashi can go back-to-back.

Meanwhile, the punters’ “devil” returns on a payback mission in a moderate Fillies and Mares Maiden over 1300m.

Ruinart, a talented four-year-old mare by Hallowed Crown, is still hunting that breakthrough win having burnt a hole in pockets since early last spring.

In four consecutive runs as a short-priced favourite – three at the provincials and one metropolitan – Ruinart has gone under narrowly every time.

But behind two trials and renewed hope, she returns in a very winnable race, with Hugh Bowman becoming the sixth different jockey to steer in six career runs.