David Warner has been passed fit to open the batting for Australia in the second Ashes Test but captain Pat Cummins admits the 35-year-old will need to battle through the pain barrier.

Cummins once again revealed his XI ahead of time, confirming Jhye Richardson would take over from the injured Josh Hazlewood and confirmed that Warner was inked in despite suffering from sore ribs.

The issue came about when he was struck by a short ball from Ben Stokes in the first Test, when he batted on to make 94 in the first innings before sitting out the remainder of the match from the dressing room. 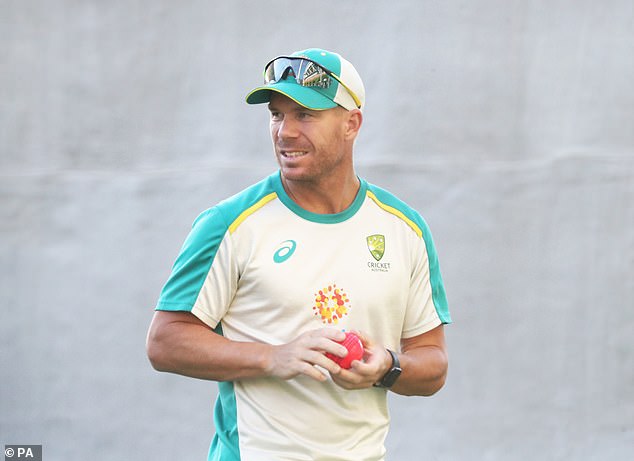 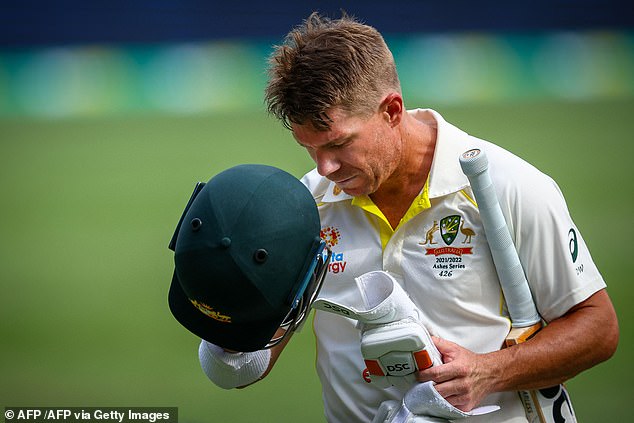 England will now have the chance to test out Warner with some hostile bowling in the day/night match at Adelaide Oval, with the left-hander said to be visibly struggling against short-pitched throw downs during Tuesday’s practice session.

Cummins, though, is confident the occasion will see him through.

‘If Davey didn’t feel like he could be as good as he normally is, he wouldn’t be playing,’ he said.

‘He’s a little bit sore but he’ll be fine. He batted yesterday with a bit of discomfort but knowing Davey he was not going to miss this once adrenaline and everything kicks in.

‘It’s one thing batting in the nets and a different thing when you walk out and you’ve got a packed crowd.

‘He’s played close to 90 Tests. I’m sure a lot of them have been played in discomfort or with things going into the game, so he’ll be fine tomorrow. It’s not an injury like a broken bone or anything that will get any worse.

‘It just might be a bit of discomfort, but it’s all split second decision making out there so I’m sure that will be fine.’ 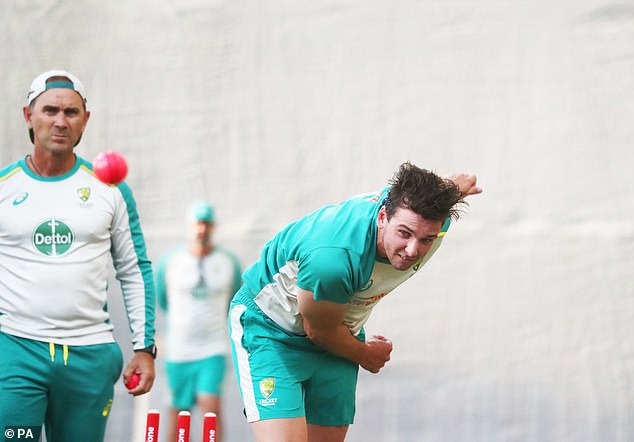 With three Ashes hundreds on home soil, and an average of 62.23, England will be hoping they have just been gifted a fresh chink in the Warner’s armour.

It is the kind of lift the tourists need as they look to follow their painful nine-wicket defeat in Brisbane by upsetting their rivals in a format Australia have made their own.

The hosts have been involved in eight of the 16 day/night Tests, and have a spotless 100 per cent victory record. Adelaide is their happiest hunting ground under lights, with five wins from five including by 120 runs over England four years ago. 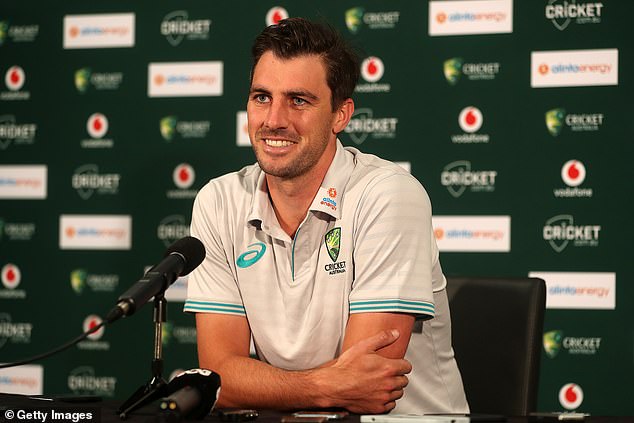 Cummins says his side pick up more information every time they play with the pink Kookaburra but accepted that the odd rhythms of the match did pose unusual questions.

‘One hour can be a long time in a pink ball game. Nothing could happen for an hour then it starts darting around and you can lose a wicket every ball,’ he said.

‘We’ve got a bit of experience to lean on but when you start the match you can’t see it playing out like a red ball game.’