Stuart Broad finished off the West Indies with a brilliant return of six for 31 on day three of the third Test, with England batting again by lunch after failing to enforce the follow-on.

A poor weather forecast meant making the tourists bat again might have been England’s best route to victory, but they had already missed that opportunity before Broad entered the attack and rounded them up for 197.

Openers Dom Sibley and Rory Burns reached 10 without loss in a 20-minute outing before the break, stretching the lead to 182. 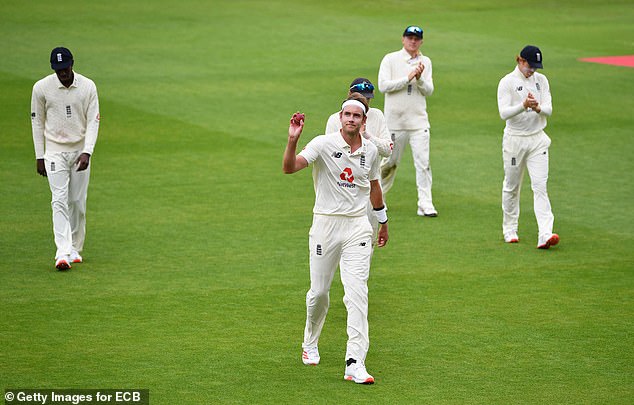 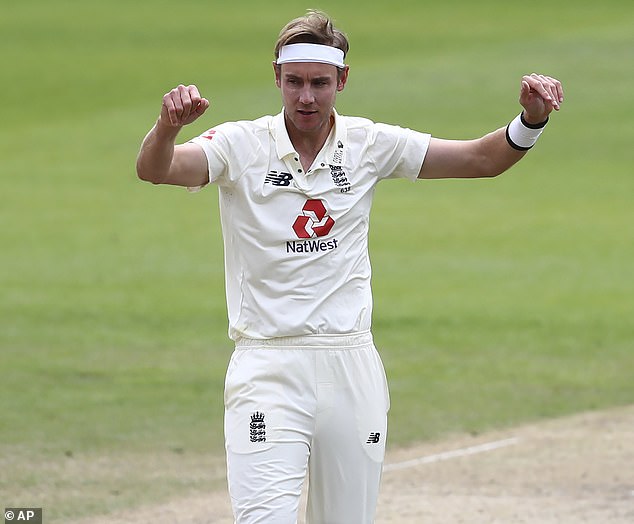 It seemed a curious decision to keep both Broad and James Anderson out of the action when play resumed, with captain Joe Root favouring Jofra Archer and Chris Woakes.

To avoid the follow-on the West Indies needed to add another 33 to their overnight score of 137 for six – a feat they managed inside eight overs without losing a wicket.

Archer’s short-pitched tactics did not create any real chances and when Woakes had Jason Holder caught by a diving Ollie Pope the breakthrough was scrubbed on account of a front foot no-ball.

Root belatedly turned to his most experienced men and it was Broad who seized the moment, taking all four wickets for 14 runs in a ruthless four-over spell. 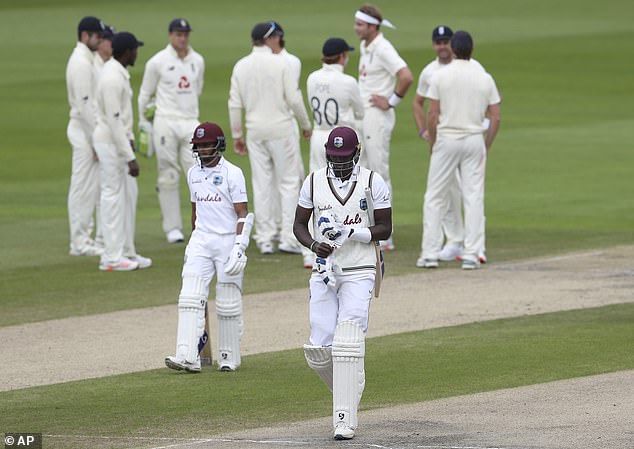 Broad’s first dismissal came in the form of Jason Holder, who was trapped lbw 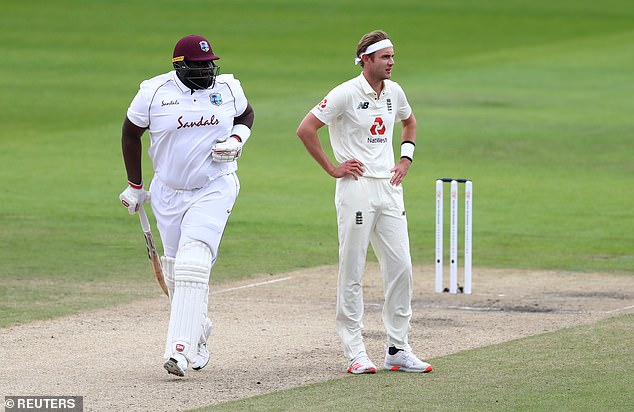 Holder was first to go, four short of an important half-century, as Broad conjured a familiar mode of dismissal – full, attacking the stumps and nipping into the pads. He continued working away on that same nagging length and soon pocketed another lbw decision to pick off Rahkeem Cornwall for 10.

Kemar Roach was next, nicking to Root at slip to complete a double-wicket maiden and give Broad his 18th five-wicket haul – overtaking Fred Trueman, Derek Underwood and Graeme Swann to go fourth on England’s list.

The only event of note in England’s short stint at the crease came when Holder was hit on the hand in the slips, leaving the field in clear pain. 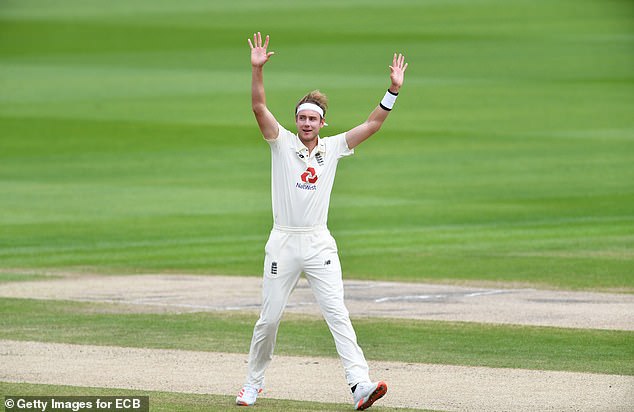 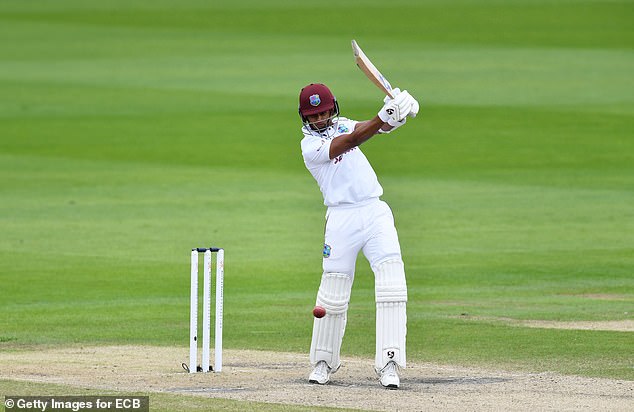 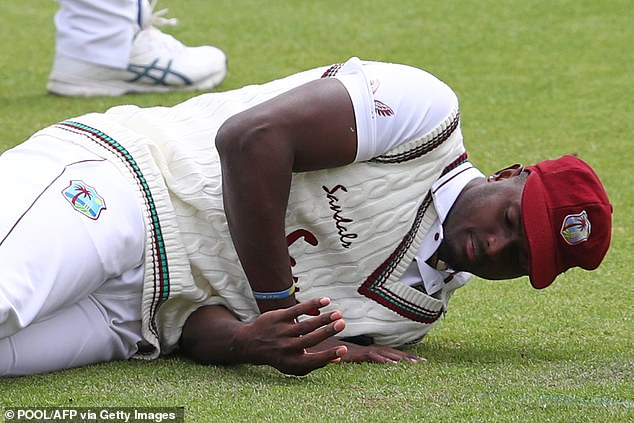