Home » Sports News » 'What is that?!' Kevin Pietersen stunned by incredible shot in The Hundred 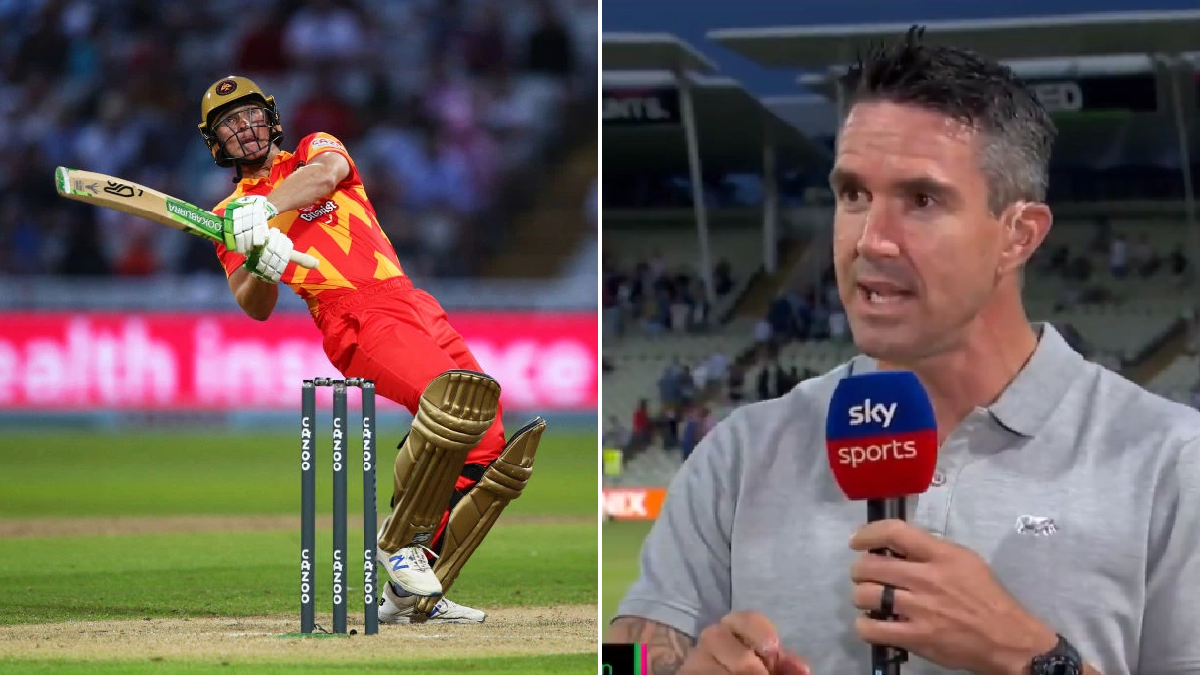 Kevin Pietersen was stunned by an ‘audacious’ reverse scoop from Chris Benjamin as the rookie proved the unlikely hero for Birmingham Phoenix in their victory over London Spirit in The Hundred.

Australia legend Shane Warne’s Spirit appeared to be tightening their grip on the Hundred fixture at Edgbaston after reducing Phoenix to 121-6 in reply to 144-6.

The home side needed 24 runs from 14 balls at that stage but Benjamin – who only made his professional debut for Warwickshire five days ago – hit two sixes, including an incredible scoop over his shoulder off the bowling of Blake Cullen.

South Africa-born but England-qualified Benjamin, 22, then found another boundary to seal an entertaining and popular home win for Birmingham Phoenix with three balls to spare.

‘I loved it, I absolutely loved that,’ former England batsman Pietersen told Sky Sports. ‘The energy was something to behold.

‘That’s what you love about white-ball cricket. The players are embracing it.

‘It’s not just about scoring some runs, it’s how you score those runs and it’s the impact that you make.

‘For him [Benjamin] to come out there and play that reverse ramp… it was so audacious. I was on commentary and I just said to Nasser [Hussain]: “What was that?!”

‘He tried to say, “well you did this to [Muttiah] Muralitharan” but, look, I never did that.

‘These young players are playing these funk shots. I just love watching it. I love innovation and I also love confidence and youngsters putting their name out there. Benjamin has done that this evening.’