The race that stops a nation has, crucially, never been stopped in its tracks.

With an iconic spot on the calendar that has historical links to the 1870s, the 159-year-old Melbourne Cup has prevailed through two World Wars and seen off at least one other public health crisis. In the aftermath of World War I and not long after the Spanish flu had been beaten off, a then "record crowd" descended on Flemington for the running of the 1919 race.

This year's famous 3200-metre handicap race at Flemington – officially to be run with the backdrop of COVID-19 hovering over the city and without crowds – represents new territory for Melbourne and the Victoria Racing Club.

Racing historian Dr Andrew Lemon explains that 101 years ago, there seemed to be a bit of "pent-up relief" for Melburnians after a year of living through the Spanish flu as thousands flocked to Flemington, with some estimates of around 110,000 spectators to watch Artilleryman win in "record time". 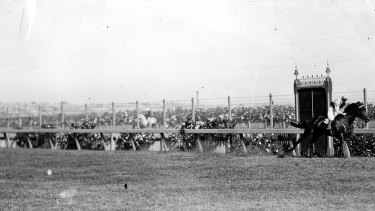 "By the second half of the year the worst of the pandemic seemed to be over. So in Melbourne, life really went back to normal," Lemon says.

"I had a look at some of the old papers, you know, going into the lead-up to the Melbourne Cup [and] expected there to be people being anxious about it.

"[There were] a couple of references to the odd jockey who was suffering from flu, or a few deaths, but basically by the time Artilleryman won the Melbourne Cup in 1919 they reckon there was a record crowd there."

Only 12 months earlier, the Melbourne Cup was run and won by Night Watch just days before the Armistice was signed, representing the end of the first World War.

"I think it was sort of a bit of pent-up relief that the war was finally over. The worst of the epidemic was over. So instead of it being a limited crowd it was huge," says Lemon of the post-Spanish flu period in 1919. 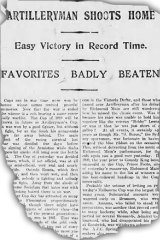 How The Age reported the race.Credit:Archives

"I'm sure that if there were no restrictions on the Melbourne Cup this year – if people were told they were allowed to go and they'd been locked up all this time – there would probably be a really big crowd there if the weather was right."

More than 100 years ago The Age reported on Artilleryman's "easy victory in record time" with the "favourites badly beaten".

"Artilleryman's Cup set up a record in one way, and perhaps in more ways than one. The time in which the race was run never has been equalled in this, the greatest of racing events in the southern hemisphere.

"The attendance, too, undoubtedly was greater than ever before. The number of the Cup crowd at Flemington never has been known, for the Cup crowd goes to the course by many avenues, and, apart from the section that goes by rail, a count is impossible."

In some respects the Victoria Racing Club "got lucky" with timing 101 years ago as the pandemic suddenly ceased being a threat.

Earlier in the year, it had been a different scenario.

"The outbreak of flu began right at the start of the year, almost January 1919, and it's actually really fascinating to look at how it worked out because there are so many parallels, and particularly New South Wales and Victoria blaming each other, for giving it to each other," explains Lemon.

"Late January there [were] suddenly drastic precautions taking place in Sydney, where they do things like close racecourses, and they start suggesting people should wear masks. They didn't talk about social distance then.

"In February the big autumn race meetings in Melbourne were postponed for several weeks. Racing was suspended in both Sydney and Melbourne. The Melbourne races went ahead several weeks later. 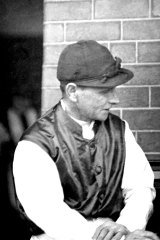 "I guess the biggest difference between then and now is that racing crowds in those days were largely outdoors, whereas these days there's a huge emphasis on indoor entertainment and dining.

"The Sydney races were particularly affected that year … the Sydney Cup had to be postponed for several weeks. Crowd numbers when they did eventually run were significantly down."

For a sport that constantly deals with the vagaries and importance of quarantine, it must be remembered that circumstances surrounding the Cup in modern times – the equine influenza outbreak in 2007 – represented arguably one of its greatest ever threats.

Ironically, the international runners which travelled directly to Melbourne weren't the worry.

"There were some New South Wales horses that were not allowed to cross the border," Lemon explains.

"Horses were the problem on that occasion and that was a very infectious disease."

"I can remember the chairman of the VRC, Rod Fitzroy, saying 'even if we have to just have it with horses at Flemington, we will try and make sure the Melbourne Cup goes on'.

"Because, you know, it's that unbroken sequence. You feel a sense of responsibility. You don't want this to be the year when you miss out on having the race." 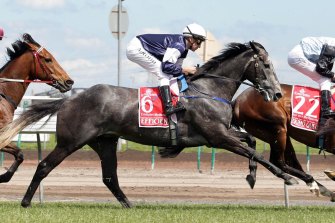 Andrew Eddy reported in The Age on the victory of Efficient, majority owned by Lloyd Williams: "It was supposed to be the devalued Cup. Equine influenza was meant to have short-changed the race as to how history may perceive it. But yesterday at Flemington, the Melbourne Cup rose above the flu outbreak and delivered a winner the history books could not reject. Efficient became the first Victoria Derby winner to return 12 months later and win a Melbourne Cup since Phar Lap in 1929-30."

In 2020, less than a week before the race, the VRC continues with preparations for the entire Melbourne Cup carnival, but with the certain knowledge that Flemington will be vastly different. Future generations, however, won't see an asterisk next to 2020 as they scroll through the winners, from Archer in 1861, to Phar Lap and the likes of Think Big.

The VRC and its chairman Amanda Elliott have already explained their determination that the race was always going to be run and it wouldn't deviate from the first Tuesday in November.

This year the race goes on, just not as we're used to.

The moment Callum Ferguson decided to retire from first-class cricket