“We all are men, in our own natures frail, and capable of our flesh; few are angels.”

The response to Tim Paine’s episode of human frailty has been extraordinary.

The demonisation and media pile-on has been unprecedented in its ferocity. Everything that could be dreamt up has been said.

Cricket Australia has thrown him under the bus and there is speculation he could soon be joined by two serving CA directors, John Harnden and Michelle Tredenick, who were on the board in 2018 when Paine was initially investigated.

I am in disbelief. A fundamentally decent bloke, who by his own admission erred, has been castigated as if he was Hannibal Lecter. Please! Enough! 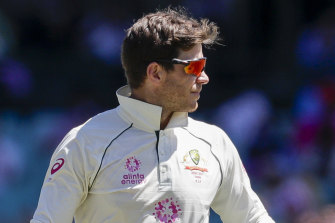 Friends have occasionally reminded me that I single-handedly kept the effigy makers of Kolkata in business in 2006. The way things were going, I thought Paine’s effigies would imminently roam George and Collins streets!

Meanwhile, the England team must scarcely believe its luck.

The woes of skipper Joe Root, who was in the limelight after his former Yorkshire teammate Azeem Rafiq made explosive allegations of institutional racism, have been overshadowed. Australia’s cricket administration is in disarray; its former captain probably won’t even play in the series (if again at Test level), a green captain has been appointed, a new wicketkeeper needs to be chosen and now the teams will play in England-like atmospheric conditions (the Bureau of Meteorology has predicted that eastern Australia will likely have a wet La Nina summer).

If, after these providential breaks, England don’t win the Ashes, they should be extremely disappointed.

CA seems to have conducted “character” tests on two potential captaincy candidates. The danger is it might end up with a cardboard cut-out doing the job in the future.

If I was in new captain Pat Cummins’ shoes, I would want firm assurances that CA and its board had my back, if I ever needed them. Paine didn’t get much support when he needed it most, and might have expected he would.

Cummins has had minimal experience of captaincy at any level, so the job will be hard enough without the burden of being the virtuous new face of Australian cricket.

I have seen first-hand how the job has escalated over 40 years.

Having stood alongside my brother at slip during his captaincy, and being vice-captain for some of his tenure, I thought I had a pretty good idea of what the job entailed.

My first misapprehension was I was convinced the Australian captain needed to be an amateur psychologist. I soon realised that amateur was not good enough; they had to be fully fledged.

Dealing with the different personalities was the trickiest part of the job and bowlers often took up the most time. Luckily, I had played with them for years so I knew them well.

The fast bowlers were the most interesting players because they have to be wired differently to enjoy steaming in off long runs for 20 overs or more, even during the hottest part of the day.

People regularly ask what it was like having to deal with the likes of Dennis Lillee and Jeff Thomson in particular. My answer is they were generally the easiest to interact with because they just wanted to bowl fast and take wickets.

Occasionally, things went off the rails and one or the other would get cranky about something that was generally out of anyone’s control.

Mostly, they were great to work with and usually made me laugh – which only infuriated them more.

Spinners were often the “mad scientists” of the group and required a different manual altogether. Batters and wicketkeepers were easy by comparison. Keepers often make the best deputies in a cricket team because they are in the middle of the action and usually have their finger on the pulse of a game better than most. In Rod Marsh, I had one of the best.

I captained Australia before and after World Series Cricket and was surprised by how much the job description changed in the two years between stints. 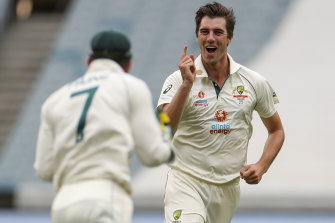 Before WSC, the game was a pastime, and afterwards it became semi-professional. The most significant difference was that the media corps had grown significantly and Channel Nine, as the host broadcaster, demanded much more of the captain. While the role had grown exponentially, the support structure around the captain was the same.

Without a media manager, as the captain, I was at the beck and call of the media and demands were not regulated outside the hours of play. My phone at home, or at the team hotel, would ring at 6am and could ring as late as midnight. At the end of every day’s play, there was a press conference at which the captain was always expected.

The easiest part of the job was what happened on the field and around the team. Having grown up with the game, most captains are not stressed by the cricket side of their job. Setting a batting order, working out who bowls when, and how to set a field can often be done on autopilot.

Responding to changing situations in a game becomes second nature to someone with match and captaincy experience. 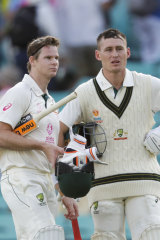 Marnus Labuschagne, right, would have been a logical choice for the role of vice-captain. Instead, Steve Smith has been handed the role.Credit:AP

In the era of professional cricket, teams have head coaches, skill coaches, physiotherapists, doctors and sports psychologists. Most have a full-time media manager who does the groundwork for the captain, head coach and any team members who have to deal with the media. Media conference responsibilities are usually shared by the head coach and captain leading into and after matches, while in-game media work is usually shared among players.

The extra support is necessary to give the captain time for his pre-game preparation and to allow him to decompress during and after games. As with most leadership roles, it is important for the captain to be a good communicator and delegator.

They say in politics that one must never waste a crisis. The Paine situation was a golden opportunity for the selectors to groom more than one leader. I am surprised they have gone back to Steve Smith; not because I think he should be punished further but it would have been a great chance to develop another viable, long-term leader.

I would have named Marnus Labuschagne as Cummins’ deputy, while Smith’s significant cricket knowledge was still available when needed. As a senior player, Smith would have participated in most discussions anyway. Labuschagne would have benefited immensely from listening to Smith’s thoughts and ideas in real time.

As the vice-captain, Smith is now likely to have those conversations only with Cummins, so Labuschagne will miss out on an important aspect of his leadership development.

Because international commitments take elite players away from domestic cricket almost completely, very few get to captain their states. I view this as a missed opportunity.

Coach Justin Langer has the chance to reinvent himself during this turmoil. His position has been under scrutiny for some time, supposedly because of his penchant for micro-managing – the main criticism of his detractors. A successful Ashes campaign is his chance to relinquish the role at a time of his choosing.

I have always believed that the coach is the head of the support staff. Apart from dealing with all his specialist coaching and medical staff, it is his responsibility to take on most of the captain’s pre-game workload. The two collaboratively devise a playing strategy and tactics, but once the team takes the field, the captain must not only be in charge, but be seen to be in charge.

This is unique to cricket and should never be compromised or violated. I expect Cummins to make this clear before he takes the field as captain.

I am deeply saddened at how Paine has been abandoned and virtually hounded out of cricket.

It is an opportune time for us to evoke the sagacious words of Mahatma Gandhi: “No human being is so bad as to be beyond redemption”.