Zak Crawley hit his second successive half-century to lead England to 91 for two at lunch on the first day of the third and final Test against Pakistan.

Recovering from the early loss of Rory Burns, Crawley steadied the hosts as the runs flowed easily after Joe Root had won the toss and elected to bat first at the Ageas Bowl.

Pakistan struck inside the opening overs as England opener Rory Burns was caught in the slips by Shan Masood off the bowling of Shaheen Afridi. 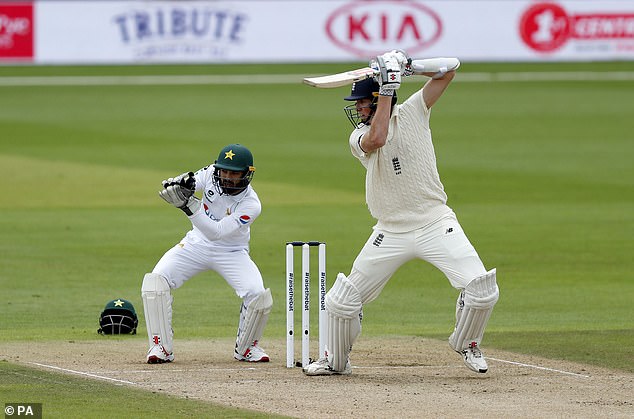 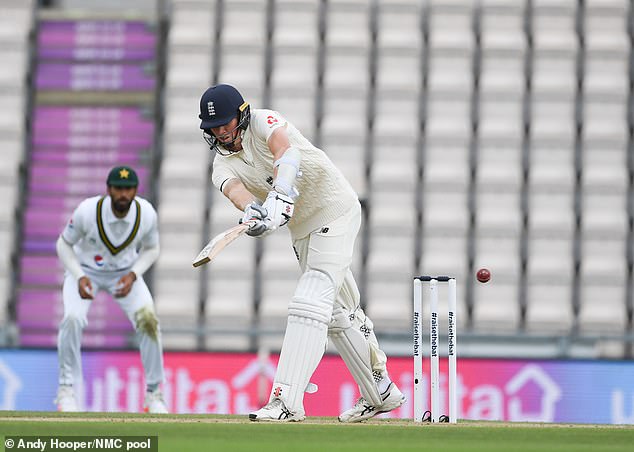 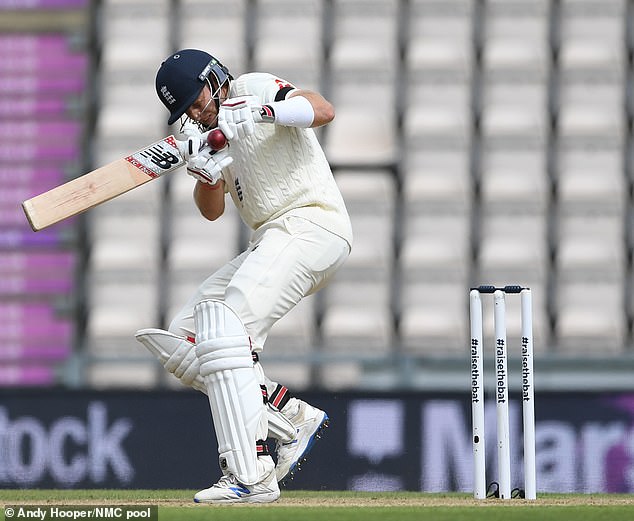 It was the Surrey batsman’s fourth dismissal of the series with a score of 10 or lower.

The hosts looked to be progressing serenely as Sibley and Crawley shared a 61-run stand for the second wicket.

Sibley, though, was trapped in front by Yasir Shah for 22  as he looked to skip down the track to the leg-spinner.

He reviewed Michael Gough’s lbw decision only for ball-tracking to show the ball hitting middle stump. With that England were 73 for two, bringing Root to the crease. 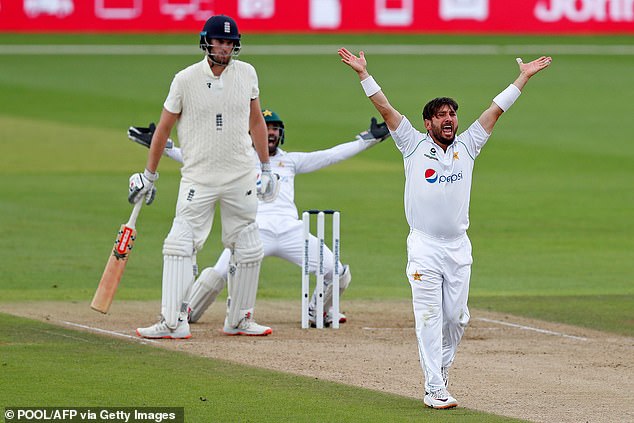 Yasir Shah successfully appeals for the wicket of Dom Sibley, who fell lbw for 22 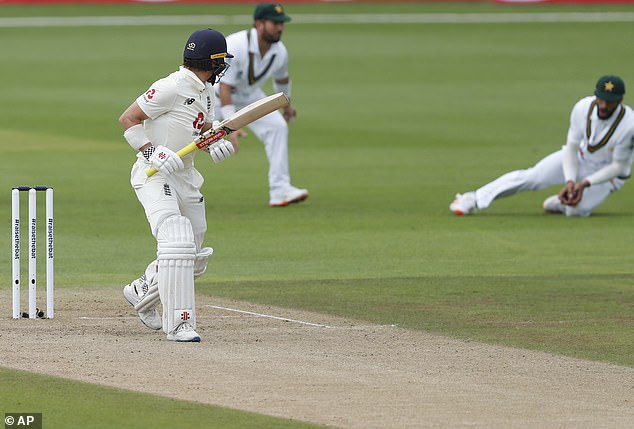 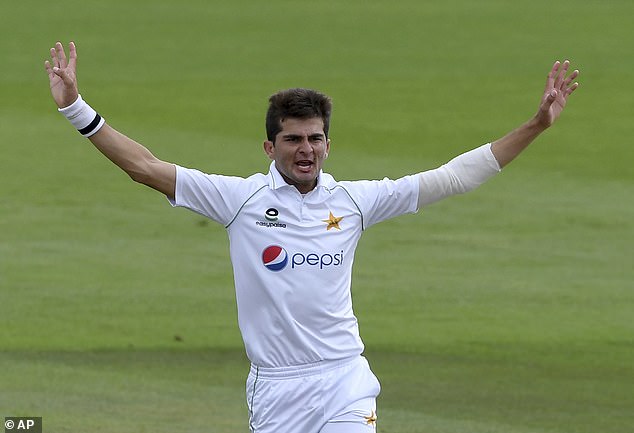 England made just one change from the side that played in the weather-affected second Test, with Jofra Archer replacing Sam Curran. Pakistan remained unchanged.

Root’s men carried a 1-0 lead into the match, with a win or a draw enough to secure their first series win over Pakistan in a decade.

Stuart Broad was awarded a commemorative silver stump before the start of play in recognition of taking his 500th Test wicket, with outgoing England and Wales Cricket Board chairman Colin Graves making the presentation. 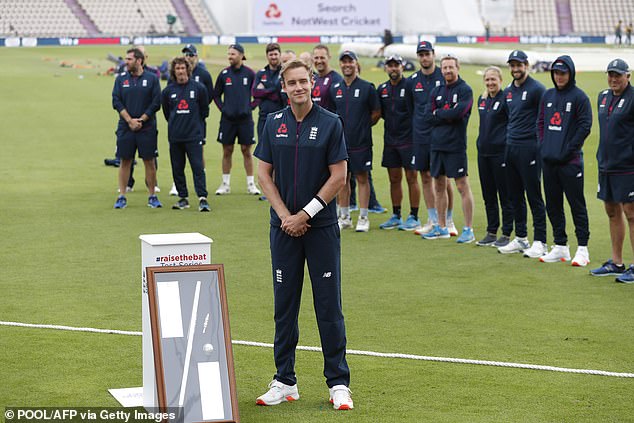