Stefanos Tsitsipas says he would relish the opportunity to replay his match with Rafael Nadal at the 2019 Australian Open and ‘put up a better fight’. The Greek star had won the NextGen Finals in December 2018 and arrived in Australia for the opening Grand Slam of the year with plenty of eyes on him.

And he justified that attention by knocking out defending champion Roger Federer in the fourth round.

He then reached his first Grand Slam semi-final by beating Roberto Bautista Agut and set up a showdown with Nadal.

But the occasion got the better of Tsitsipas, who was dispatched with ease by Nadal, who dropped just six games.

Speaking in an interview with Eurosport, Tsitsipas was asked to choose a match he would like to play again if given the chance and the defeat to Nadal was clearly still in his thoughts. 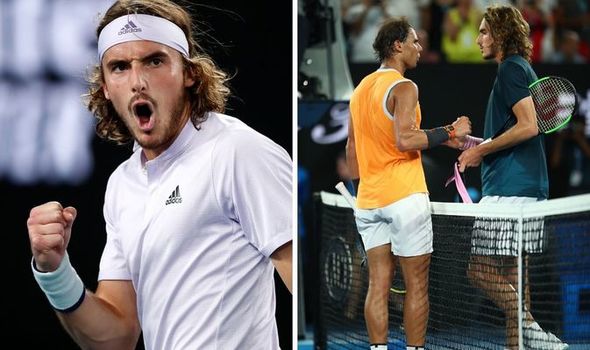 He said: “I wouldn’t mind repeating the match against Rafa Nadal at the Australian Open in 2019 where I got chopped up.

“I would like to repeat that simply because I am a different player to who I was then.

“And I think I carry much more experience with me on the court.

“I have a better understanding of my game plan. It’s no guarantee I would win, but I think I would put up a better fight. 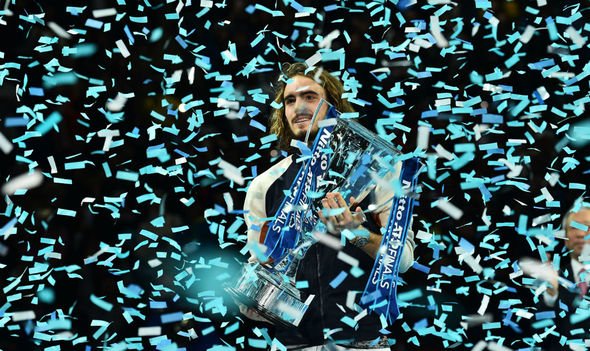 “Perhaps I would also say Nadal again, but this time in Toronto [in 2018] where I think if I’d have won the second set then it could have been interesting.

“It was a great week for me, the first set in that final I didn’t play well, I came in a bit sore but then I began to understand the game better and I found my pace.”

The other match selected by Tsitsipas was his memorable encounter with Swiss Stan Wawrinka at Roland Garros last year.

The two single-handed backhand stars played out an epic battle on Suzanne Lenglen court but it was 2015 champion Wawrinka who edged the match 8-6 in the fifth set.

Tsitsipas was distraught at the manner of the defeat and unsurprisingly, he would like another shot at getting over the line.

“Another one was against Stan Wawrinka at the French Open last year – I felt heartbroken,” he said.

“It was difficult one to get over and I felt I was really close. I felt I deserved to win and I was one inside-out forehand away from getting a break that would have been important.

“He was more patient and he did really well and his experience counted for a lot. It’s the past and all you can do is learn for the next time.”