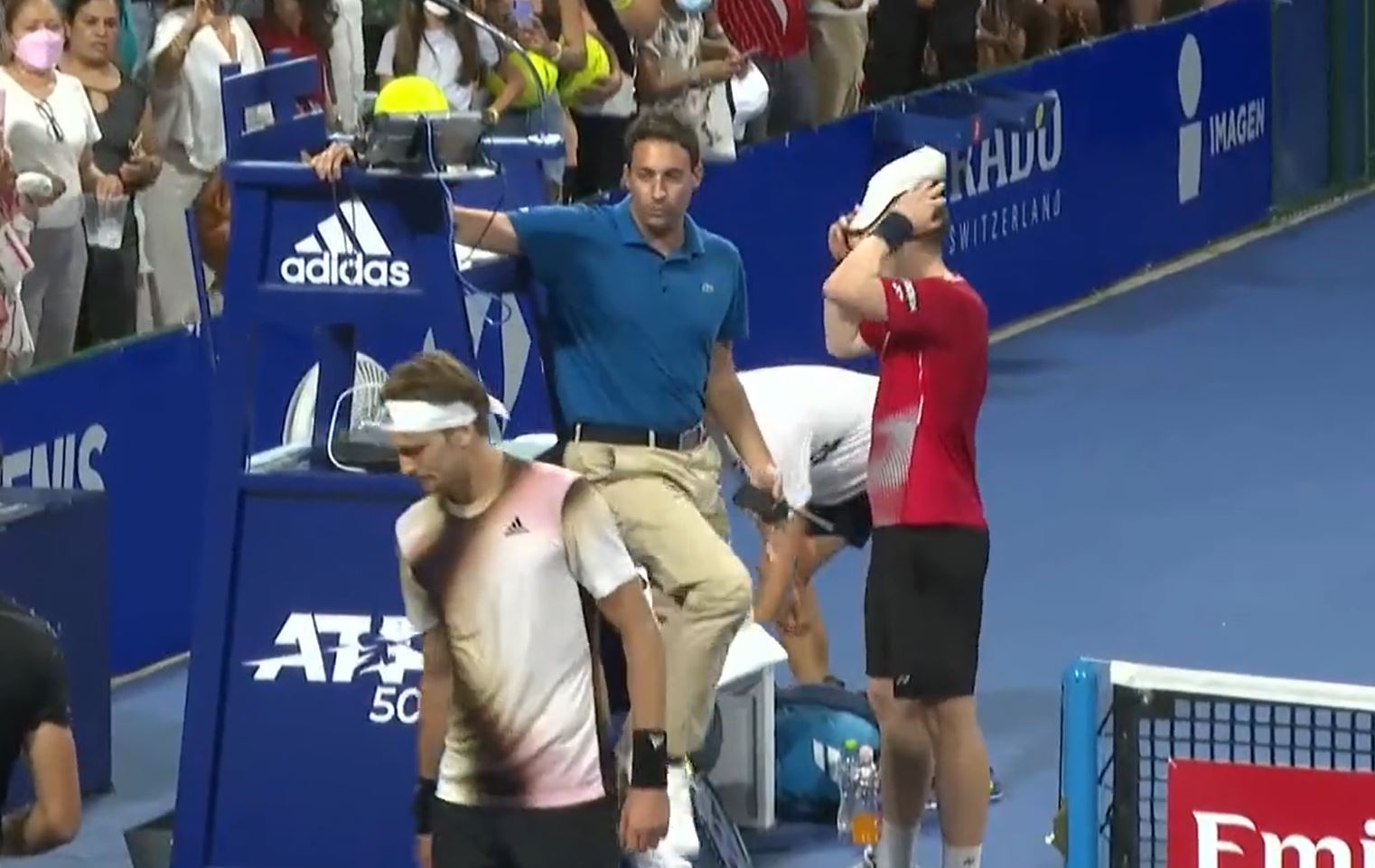 Alexander Zverev has been handed a suspended eight-week ban for smashing his racquet against the umpire’s chair at last month’s ATP 500 event in Acapulco, for which he was expelled from the tournament.

Following a review, the ATP found the 24-year-old German had committed ‘aggravated behaviour’ and issued an additional fine of $25,000 (£19,060) and an eight-week ban from any ATP-sanctioned event.

The 2020 U.S. Open runner-up then approached the chair a second time and again hit it while shouting expletives.

Shortly before the match ended, Germani handed Zverev a code violation for yelling and swearing in protest of the shot that was ruled in and set up match point.

The German was furious, crouched down and said, ‘look where the ball bounced, 8-6 in the tiebreak, for f’s sake. It’s fing your line.

When the game ended, the Olympic champion hit the chair three times as the crowd gasped in disbelief, before going on to shout, ‘you fing destroyed the whole fing match! The whole f***ing match’.

Zverev, who was the singles defending champion, apologised for his behaviour.