Home » Tennis » All hail Federer, the James Bond of tennis

Alas, Roger Federer won’t be returning to have one last crack at Melbourne Park glory, but the sport in Australia will forever bathe in the glow of the man hailed as “the James Bond of tennis”.

Australian tennis luminaries led the applause for the great man on Thursday after hearing, at 41, Federer is to abandon competitive tennis after next week’s Laver Cup in London.

The news he won’t be returning for one final fling at the venue for his 20th and last grand slam singles title in 2018 was no surprise after his injury woes, yet it didn’t soften the feeling of loss that the sport will feel in Australia.

“His game was elegant, masterful, it took tennis to new levels, he used to float around the court, nobody moved more gracefully – and he taught us it was OK to cry.

“I remember when he walked out on Centre Court at Wimbledon in this most magnificent old-fashioned blazer all done with the little gold trim with the big RF on it. 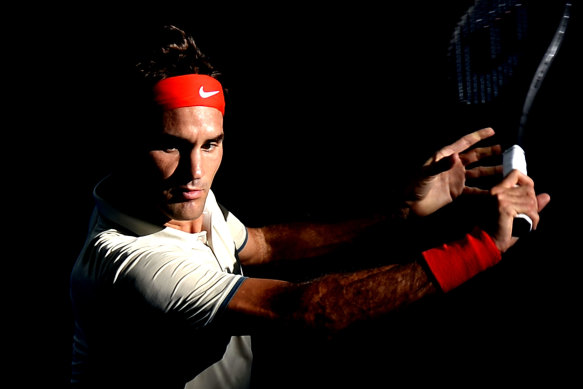 Tennis legend Roger Federer has announced his retirement from the sport.Credit:Getty Images

“That epitomised his class; to me, he’s always been the James Bond of tennis.”

In Hamburg, Australia’s Davis Cup captain Lleyton Hewitt hailed his old rival as the greatest of their era.

“In the mid-2000s, Roger was nearly unbeatable – it was pretty much only Rafa [Nadal] that could get him, especially on the clay but most of all he’s been a great ambassador for our sport,” said Hewitt, who played Federer 27 times, winning nine.

“He deserved to go out on his terms. For him to play one more Wimbledon would have been special, but when you get to his age, it’s not easy. He’s done everything in the sport he could ever dream of.”

Australian No.1 Alex de Minaur, fresh from his Davis Cup win against France’s Benjamin Bonzi 6-3, 1-6, 6-4, saluted a “flat-out genius on the court”, recalling how in 2019 he played Federer in the final of his hometown tournament in Basel and got schooled 6-2, 6-2.

“Yeah, a nice little lesson. I was foolish enough to think I had a genuine chance to win. I just remember being completely outclassed, he was just on another level.

“I tried six, seven different game plans out there but was basically at his mercy. Yet it was a cool experience, one of the few times I ever walked off a court when I was like, ‘you know what, too good’.

“It was actually fun getting taught a lesson by Roger. 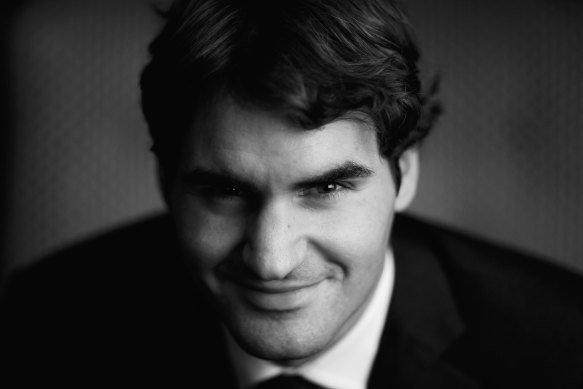 Roger Federer was an elegant, dominant force in tennis.Credit:Getty Images

“He’s an icon of our sport, one of the guys I looked up to, and I’m pretty sure every person on the planet has looked up to. If you’re growing up and you don’t want to be like him, you don’t have a lot of idea about tennis.”

The Australians paid tribute to the Swiss master after they all but booked their place in the Davis Cup finals week with their striking come-from-behind triumph in their tie against France. The never-say-die singles win from de Minaur and a second doubles masterclass from Matt Ebden and Max Purcell ensured a 2-1 victory to give the unbeaten Australians maximum points from their two ties in Hamburg this week.

Jelena Dokic, women’s junior world champion at the same time Federer ruled the teenage men’s game, noted on Nine: “It wasn’t just the greatness of his tennis, but how humble he was, how gracious he was, what an inspiration he was.

“I always look at people at how they are behind the scenes, on the practice courts or the locker room, and there’s no one nicer than Roger Federer. He’d be really kind to you.

“We’ll always talk about him being a great tennis player, but it’s important to say what a great person he is too.”