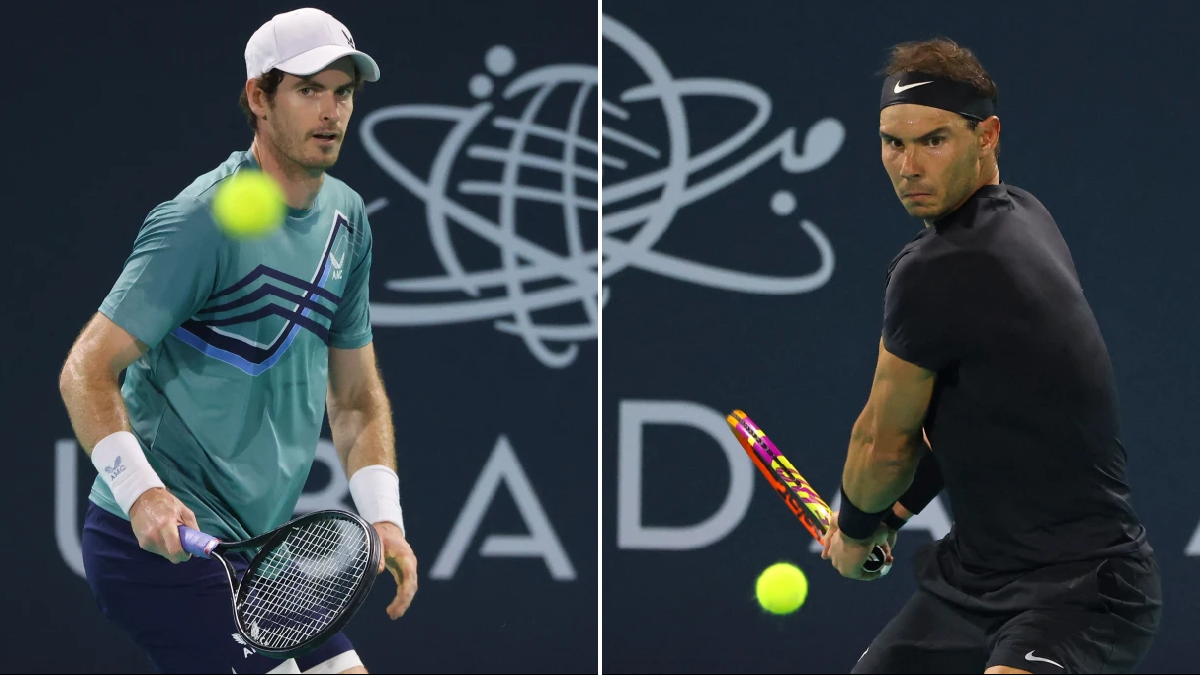 Andy Murray and Rafael Nadal had plenty of kind words to say about one another after the Briton took victory against his old rival in Abu Dhabi.

Murray recorded a 6-3, 7-5 win at the Mubadala World Tennis Championship semi-final in what was Nadal’s first competitive match since a foot injury ruled him out of the final months of the 2021 season.

This was the pair’s first meeting since the Madrid Masters semi-final in 2016 and 34-year-old Murray admitted it was great to be out on court with his old rival.

‘Me and Rafa played so many tough matches over the years and, well we’d not played for five or six years and it shows both of us have gone through a lot of injury troubles and issues,’ he said.

‘And it’s great to just have the opportunity to be on the court with him again.

‘Yeah I mean certainly when I was younger I wasn’t appreciating it as much as I do now so like I said, great to be back on the court, so happy that Rafa’s back, and I look forward to the next few years.’

Nadal’s return to action comes ahead of next month’s Australian Open when the 20-time Grand Slam champion will be looking to really test himself once more.

All eyes will be on the 35-year-old following his spell on the sidelines but for now Nadal is glad to be back and he credited the journey Murray has also faced in recent years with his hip surgeries.

‘[It has] been special to be back on a competition, in a place that I enjoyed a lot during all my tennis career, in Abu Dhabi. And at the same time [it has] been a while since we played against each other,’ he said.

‘Honestly super happy to see Andy playing at this great level after all the things that he went through, so well done.

‘And yeah for me, at least [it] is a comeback. I think [it] was not a bad match for me. As I said [it’s] been a long time without being on a court on a professional match, so positive feelings.’

Murray will face Russian world No.5 Andrey Rublev in the final on Saturday.

Andy Murray, Jamie Murray back on court in June in British battle