Andy Murray feels there is still more to come after he pulled off one of the best wins of his comeback over rising star Carlos Alcaraz.

The Scot came from a set down to defeat the 18-year-old, who he has predicted will be a future world number one, 5-7 6-3 6-2 in the second round of the BNP Paribas Open in Indian Wells.

In hot conditions, Murray was on court for more than three hours but it was he rather than Alcaraz that proved the most durable physically and mentally.

It was undoubtedly a big result for the three-time Grand Slam champion, who has been competing well against top players in recent weeks without managing to come out on top.

“Obviously I’m happy,” said Murray, who is reaping the benefits of finally being able to train consistently and play a sequence of tournaments.

“My body did well today. It was hard conditions. It was very hot. Because of the nature of the court here, you’re going to play some long rallies, especially against a player like him.

“At times I played some really good tennis. It wasn’t my best match. I can certainly still do things better. I thought I competed well today, which was probably the most pleasing part for me.”

Alcaraz made his Grand Slam breakthrough at the US Open with a run to the quarter-finals before retiring with a thigh injury and had not played a match since.

He took time to find his feet in very different conditions in the Californian desert, trailing 3-0 and 0-40, but he saved four break points to get on the board and from there the first set changed course.

He pulled level at 4-4 and saved a set point two games later before breaking the Murray serve for a second time.

The 34-year-old was struggling to deal with his opponent’s power at times but had no problem physically hanging in long rallies, and he pulled off a career first to win the third game of the second set with an underarm ace.

Murray said: “I thought if he’s going to stand that far back and I’m getting no love from the court and the conditions, why not try it and see if I can bring him forward a little bit again? Wasn’t expecting obviously to get an ace out of it.

“I was thinking about using it at times in the third set, but obviously [I was] up in the score, was doing a little bit better, didn’t feel like I needed to. Certainly when guys are standing there to return serve now, it’s a smart play.”

Murray survived an 11-minute service game to hold for 3-2 and capitalised immediately with a break of his own before clinching the second set.

And it was Alcaraz who was unable to maintain his level in the decider, the teenager becoming increasingly error-prone and also requiring a medical timeout for a cut foot as Murray booked a date with third seed Alexander Zverev in the third round. 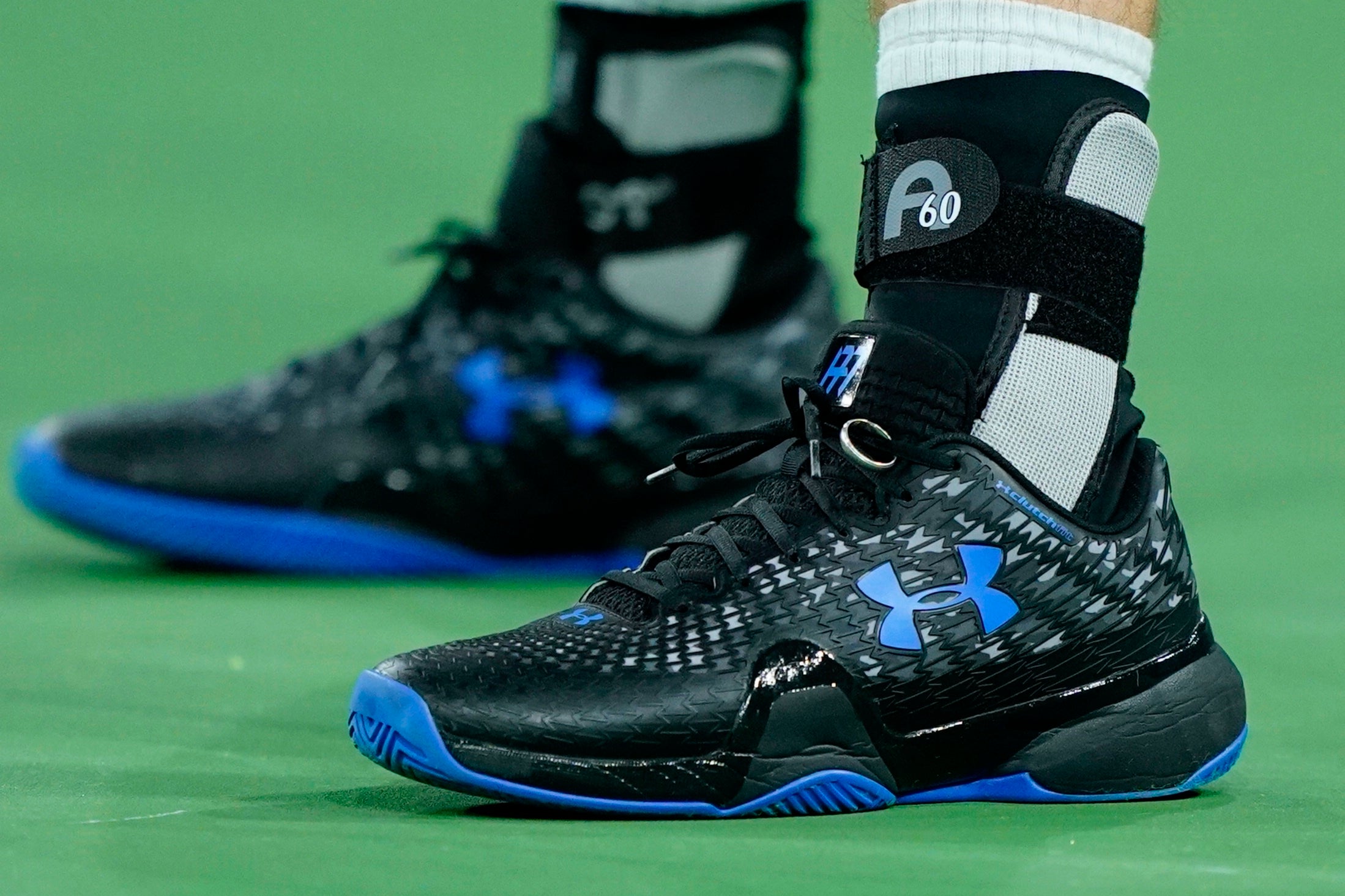 Murray has won both of his previous matches against the German, including in the Western & Southern Open in New York last year.

“Obviously the match that we played last year, not saying he was playing his best tennis at that stage, but he did make the final of the US Open a couple of weeks later,” said Murray.

“I wasn’t physically feeling particularly good and did not play particularly well, but managed to win. From that perspective, I can gain confidence from that, that if I play a really good match I’ll be right in there with a shot.

“He’ll certainly go in as the overwhelming favourite. But, if I play a high-level match, I’ll be right in there.”