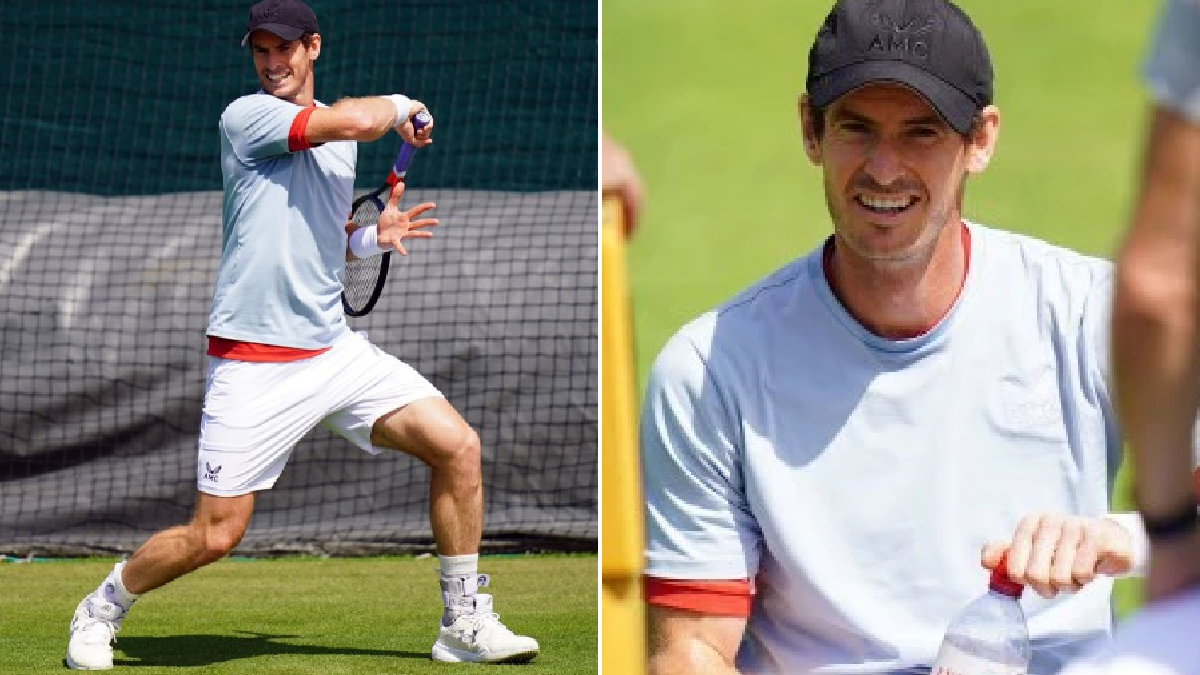 Two-time Wimbledon men’s singles champion Andy Murray has been warming up for the 2022 Championships at the All England Club as he looks set to play at SW19 next week, although admits his preparations have ‘not been ideal’.

There were significant question marks over the fitness of the former world No.1 – who sat out almost the entire clay-court season to focus on Wimbledon – after he was forced to skip Queen’s due to an injury he picked up during the Stuttgart Open final earlier this month.

Murray had been in good form prior to picking up the abdominal problem with a stunning win over Stefanos Tsitsipas in the last eight – his first win over a top-five player in over five years – en route to reaching his second ATP Tour final of 2022 after the Sydney International.

After years of injury issues, Murray seems to be back on an upwards trajectory and is currently ranked No.51 in the world as he looks to spring a surprise at this year’s Championships – although admits he is not feeling at 100 per cent fitness currently.

‘The injury is healing but it’s still not perfect. I’ve been able to practise the last three, four days, so I’ve got a decent amount of time on the court but it’s not been ideal.

‘I don’t want to say exactly which shots I haven’t been able to do but I’m sure you can work that out based on what the injury is.

‘I’ve missed out on some of the stuff I’d have liked to do but hopefully in the next couple of days will hopefully improve and we will get back to normal preparations.’

The 35-year-old reached the third round of Wimbledon last year as a wildcard despite being nowhere near full fitness.

He lost out to 10th-seed Denis Shapovalov after a gruelling five-set win over Oscar Otte in round two.

Novak Djokovic given 'exemption permission' to play at Australian Open