Andy Murray declared himself ready for a return to the ATP Tour despite losing to Kyle Edmund 6-7, 7-6, 10-5 in the Schroders Battle of the Brits. His opponent, ranked 44 in the world, moved through the gears in the final deciding tie-break as Murray finally wilted after more than two-and-a-half hours in the sauna-like conditions of the National Tennis Centre in Roehampton.

But Murray, who still faces a showdown with James Ward for a place in the semi-finals, declared himself happy with the exercise.

And the 33-year-old is already encouraged enough to look beyond that an a possible return to the tour in Washington when the ATP cranks back into gear on August 14.

“My tennis is only going to get better and improve over the next two months if I am going to be able to get practice,” he said.

“The hip feels good and if I play like that and sharpen up a couple of things I will be playing high level tennis.

When is Andy Murray playing in the Battle of Brits? 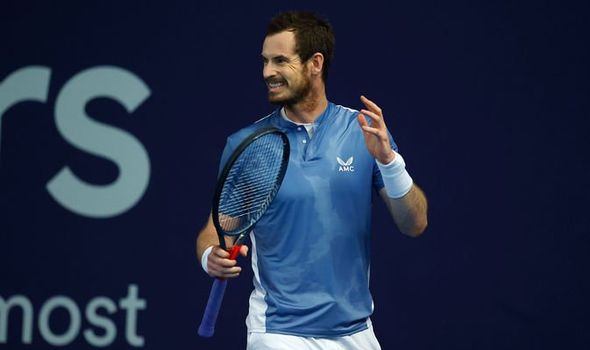 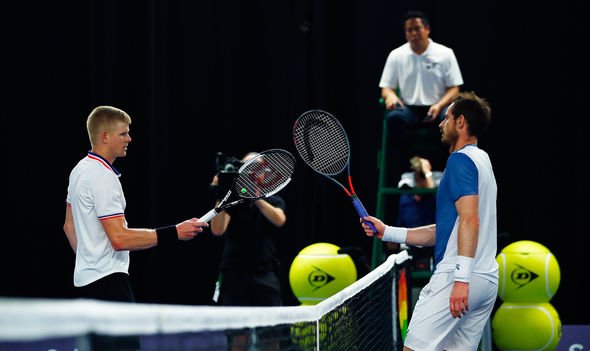 “I want a few more cracks and compete in them, even if it is just one more crack at each of them.

“Today is a very positive sign. My groin was a little bit sore at the start of the match but actually started to feel better. The test will be if I don’t have to take two or three weeks off to recover after it.”

Certainly there were no doubts that Murray is very much still the player of old after only his second win against the Scot.

“It was scrappy,” Edmund said. “There were a few errors from me. I hung in there and got through those two tie-breaks. I’m pleased I found a way through.

“Even though he has had a big operation he can move well, he has great anticipation. You cannot hit through him.

“Despite the operation, you are still playing Andy Murray, the guy who has won so much. I felt pressure out there. A few years ago I wouldn’t have won that.”