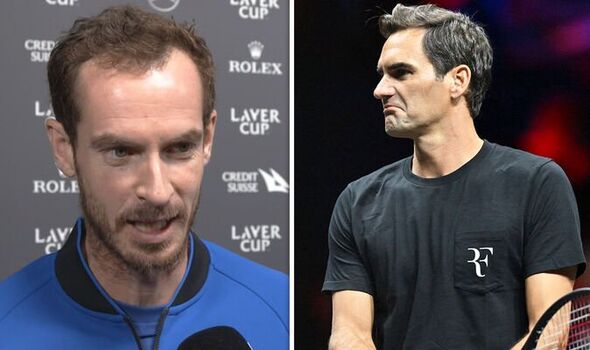 Andy Murray has revealed Roger Federer was “unbelievably loud” in the locker room during his professional career. Federer will hang up his racquet this weekend following the Laver Cup in London.

Murray is on the Swiss’ team alongside Rafael Nadal and Novak Djokovic. Federer will pair up with old rival Nadal in his final competitive match on Friday.

Twenty-time Grand Slam singles champion Federer is known for his impeccable on-court behaviour. However, Murray has revealed the 41-year-old does not behave how many would expect in the dressing room on tour.

When asked if he had any locker room stories about Federer, Murray told Eurosport: “I probably do. I don’t know if I could say them on camera or not!

“Watching matches he will shout and scream at the TV and stuff, which maybe you might not expect. But yeah, he was unbelievably loud in the locker room.”

Team Europe sees four of the great players of the modern era team up. And Murray was asked what aspects of each star’s game would he take to make up his perfect player.

He said: “I would take Roger’s serve, I would take Novak’s return, and I would take Rafa’s forehand. Novak’s backhand, Roger’s volleys and I’ll maybe put my lob in there – maybe sneak that in there!” 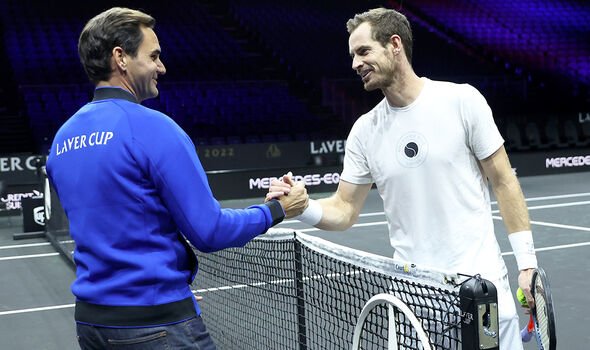 Nadal and Federer will go up against American duo Jack Sock and Frances Tiafoe at the O2 Arena on Friday in what is sure to be an emotional match. Federer has been hampered by knee injuries in recent years and decided last week it was time to call it a day.

Speaking this week, Federer revealed how his injury struggles have affected his family. He said: “The last few years have been tough for me, but I think it was even tougher for Mirka.

“With all the injuries, she didn’t enjoy watching me anymore. I felt sorry for her too. It’s a great relief for her now that it’s over.

“I told them that nothing will change much. We’ve seen what it’s going to be like over the last few years. Somewhere they are sad that I will stop.”