World number one Ash Barty reflected on a “roller coaster” six months as her US Open hopes ended in the third round.

The Australian twice served for the match in the deciding set against Shelby Rogers but could not get over the line and the American mounted a stirring comeback to win 6-1 2-6 7-6 (5).

Barty has been on the road since March, where she has endured an up and down time, winning Wimbledon and four other tournaments, but also having to retire injured in the French Open and losing in the first round at the Olympics.

This defeat in New York is another disappointment as the chance of a third grand slam title passes by, but the 25-year-old was OK about it.

“I just didn’t quite have enough physically or mentally in the tank,” she said. “But that’s OK. We’ve had a great year so far.

“I mean, the last six months have been a roller coaster. I think back to the very first match that I played on this trip. I was 5-2 down in the third set in the first round of Miami. Tennis has a funny way of evening things out, doesn’t it?

“I’m proud of myself and my team for all the efforts we’ve put in in the last six months. It’s been pretty incredible. I don’t think we could have asked for much more honestly. I wouldn’t change a thing.

“With all of the tough moments that we have had, it’s created some of the most enjoyable experiences. I’ve learnt so much about myself, about them, the way that we work together. It’s been truly an incredible six months.”

Rogers definitely upset the odds with her comeback victory, the first time she had been able to get the better of Barty.

“I’ve had some tough tournaments before, some tough losses as well after starting the season pretty well. Tennis is very up-and-down. I just wanted to try to find my game again here.

“Tennis is funny like that, too. Right when you’re just like, ‘Why can I not hit a ball in the court’, then you do something like this and you love the sport all over again.

“I am very thrilled with my first week here. Just got to stay focused and keep going because I don’t want to be done yet.

“I am stunned. My heart rate is still very much elevated. I’m very excited with that win.”

Rogers will now face British star Emma Raducanu for a place in the quarter-finals.

The 18-year-old put in a stunning display to beat Spaniard Sara Sorribes Tormo 6-0 6-1 and match her run to the last 16 at Wimbledon.

Bianca Andreescu made it a perfect 10 at the US Open with a dominant victory over Greet Minnen to reach the fourth round.

The Canadian won her maiden grand slam title on her debut at Flushing Meadows in 2019 and, after not defending it last year, has added another three victories to maintain her hopes of a second title.

After a long battle against Viktorija Golubic in round one, Andreescu has looked more and more impressive, and she raced to a 6-1 6-2 success against Belgian Minnen.

“I think I played really well today,” said the 21-year-old, the momentum of whose remarkable 2019 breakthrough was stalled by injuries and the coronavirus pandemic.

“This is what I have been working towards in practice, and I’m very pleased with my return games, with my service games, with my movement on court, also with my attitude. 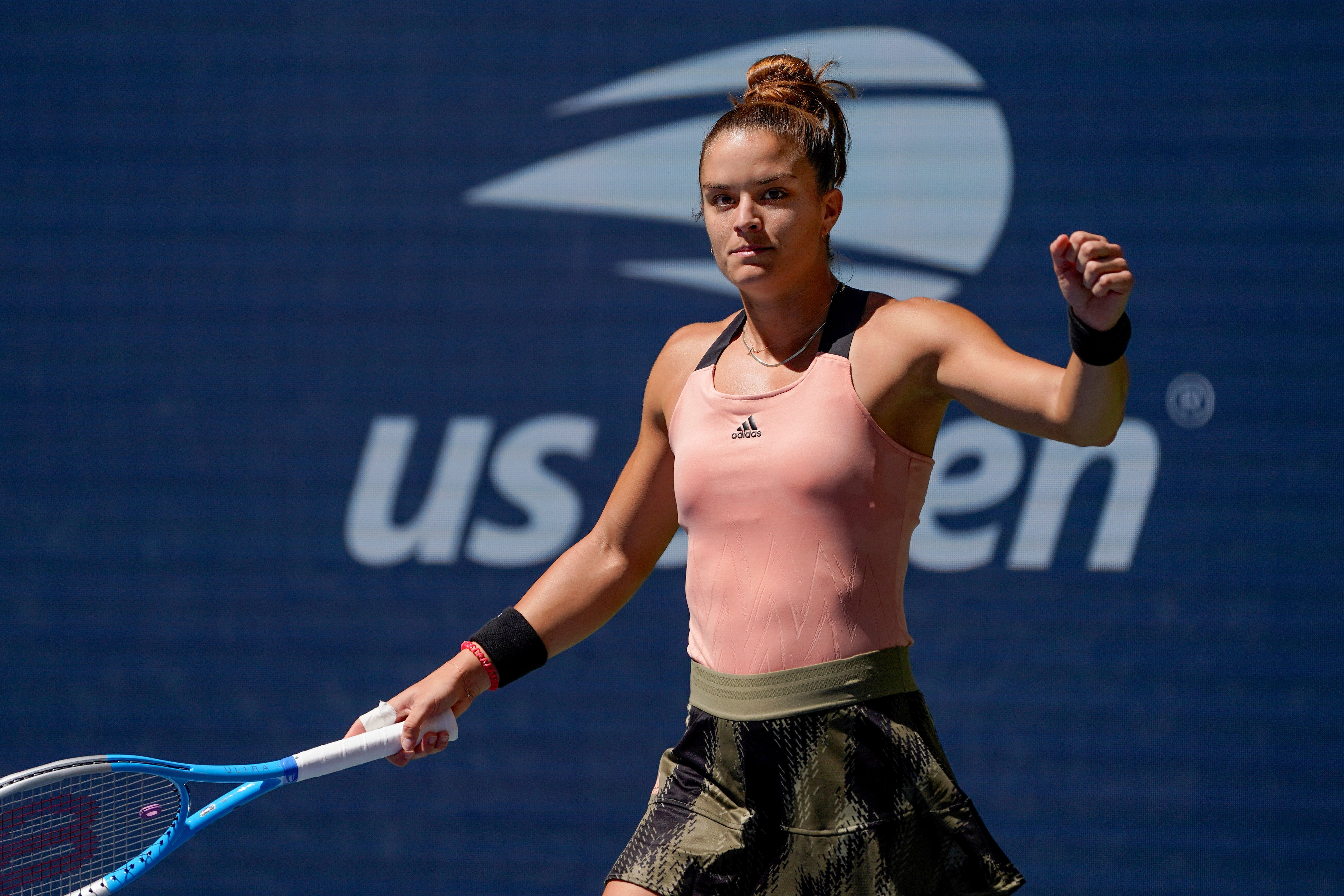 Andreescu, who had only won one grand slam match in 2021 prior to arriving in New York, next faces a big test against 17th seed Maria Sakkari, who knocked out 10th seed Petra Kvitova 6-4 6-3.

The Greek afterwards defended her compatriot Stefanos Tsitsipas in the row over the length of his off-court breaks, saying: “Stefanos is very intense on the court, but he’s very slow in other movements.

“He takes time to take out his racket and everything. I can see why he’s late in the bathroom. I’m 100 per cent sure he doesn’t do that on purpose. He has my back on everything, for sure.”

Iga Swiatek admitted she is feeling the pressure of expectation but the former French Open champion became the only woman to reach at least the fourth round of every slam this year with a 6-3 4-6 6-3 victory over Anett Kontaveit.

She will next face Olympic gold medallist Belinda Bencic, who continued her fine summer with a 6-2 6-4 victory against American Jessica Pegula.