World number one Ashleigh Barty powered her way into the Wimbledon semi-finals with a straight-sets demolition of fellow Australian Ajla Tomljanovic.

Barty, the former French Open champion, is into the last four at SW19 for the first time after a brutal 6-1 6-3 victory on Centre Court.

Tomljanovic, who was Emma Raducanu’s fourth-round opponent on Monday night when the British teenager retired due to breathing difficulties, was broken three times as Barty raced away with the first set in 24 minutes. 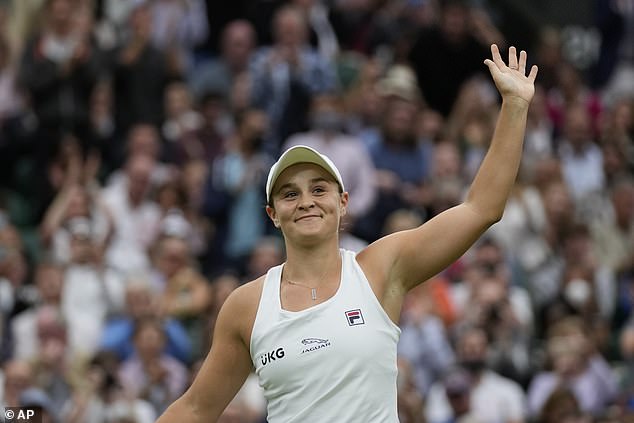 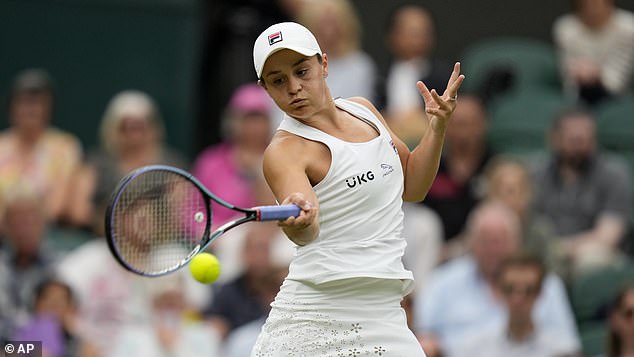 The 28-year-old, ranked 75 in the world, had won just 11 points in the opening set, but she at least threatened to make a fight of the second.

The Barty serve was broken twice, but each time Tomljanovic was unable to hold and the match was wrapped up with an ace – her 23rd winner – in an hour and six minutes.

Barty said: ‘It’s exciting. Ajla is an incredible competitor, I practice with her a lot and of course we are Fed Cup team-mates so she was always going to bring the best out of me. 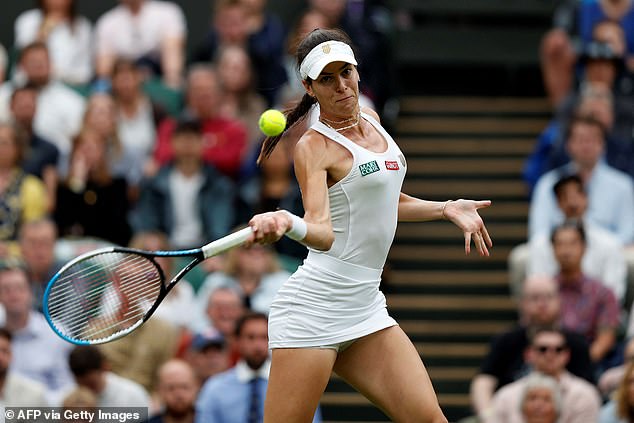 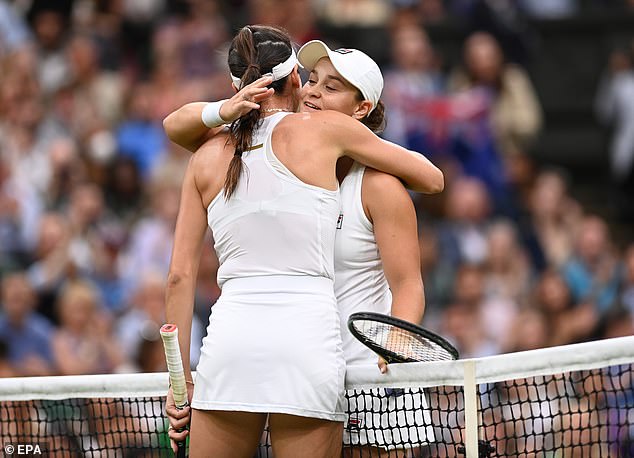 ‘All the Aussies back home are bloody proud of her and it was good to share the court with her today.

‘This is a dream come true. I know you hear that a lot but this is my dream and I’m extremely grateful to have the chance.’

‘It’s the ultimate test,’ added Barty. ‘Angie has had success here before and I love that match-up. She’s an incredible competitor.’ 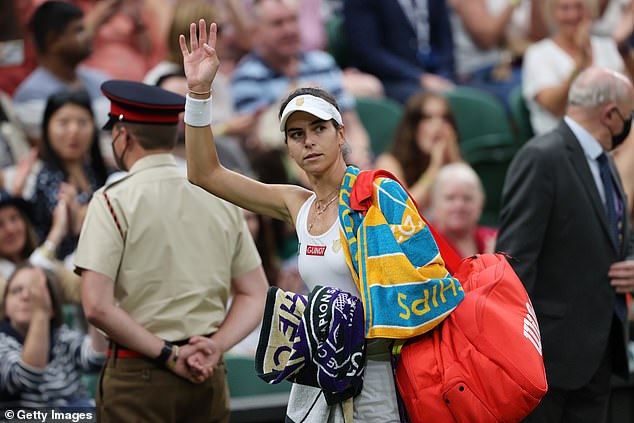 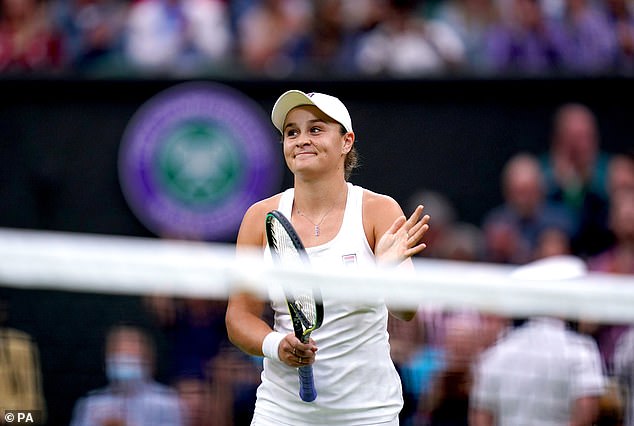