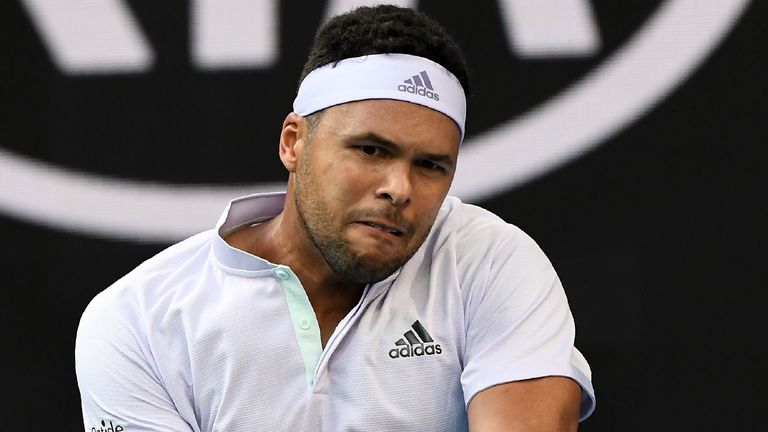 Jo-Wilfried Tsonga has joined Roger Federer in withdrawing from the 2021 Australian Open.

Six-time champion Federer pulled out earlier this week as he continues to work his way back to fitness from two knee operations earlier this year, while Frenchman Tsonga joined him after failing to recover fully from a lower back injury.

The 35-year-old has not played since retiring from his first-round match at Melbourne Park in January when trailing Alexei Popyrin.

“Despite great progress in recent months, I am still not able to play in competition,” Tsonga, a 2008 finalist in Melbourne, wrote in a social media post.

“In agreement with the medical team, the Australian Open is therefore compromised this year.

“I am looking forward to getting back on a tennis court, but I have to be patient … Even if not going to Australia this year is a heartbreaker.”

The tournament will begin in Melbourne on February 8 after being delayed by three weeks due to Australia’s strict border rules to curb the spread of coronavirus. In other news, women’s world No 1 Ashleigh Barty will partner US Open semi-finalist Jennifer Brady in doubles at the Australian Open in a high-profile pairing between top singles players.

Hsieh Su-Wei and Barbora Strycova, who lost the 2020 final, are the top-ranked women’s duo for the Grand Slam.

Rajeev Ram and Britain’s Joe Sailsbury will return to defend their men’s doubles title with the field headlined by the top-ranked Colombian duo of Juan Sebastian Cabal and Robert Farah, who won the Wimbledon and US Open trophies last year.