Home » Tennis » Australian Open: Serena Williams sweeps into third round but Bianca Andreescu and Petra Kvitova are knocked out 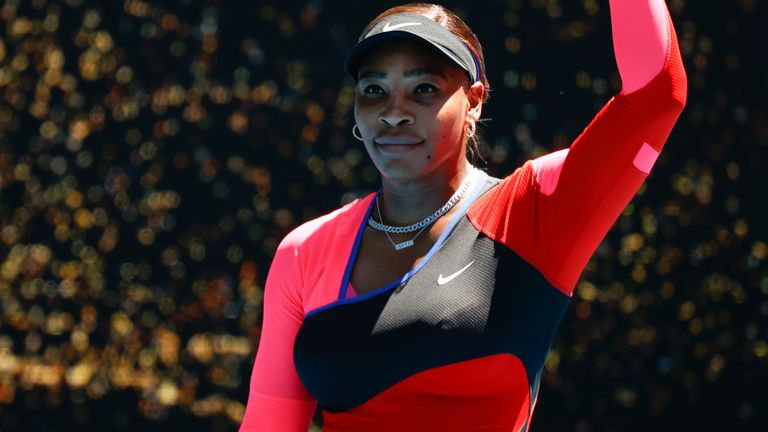 Serena Williams continued her smooth passage through the draw with another
convincing victory to reach the third round of the Australian Open for the 19th time on Wednesday.

Williams, whose one-legged catsuit is inspired by former sprinter Florence Griffith Joyner, has been in a hurry and dropped just five games in her first two matches.

She was tested in the first set on Wednesday by 99th-ranked Serbian Nina Stojanovic but cruised thereafter to win 6-3 6-0 and set up a third-round clash with Russian teenager Anastasia Potapova as she continues her quest for a record-equalling 24th Grand Slam title. 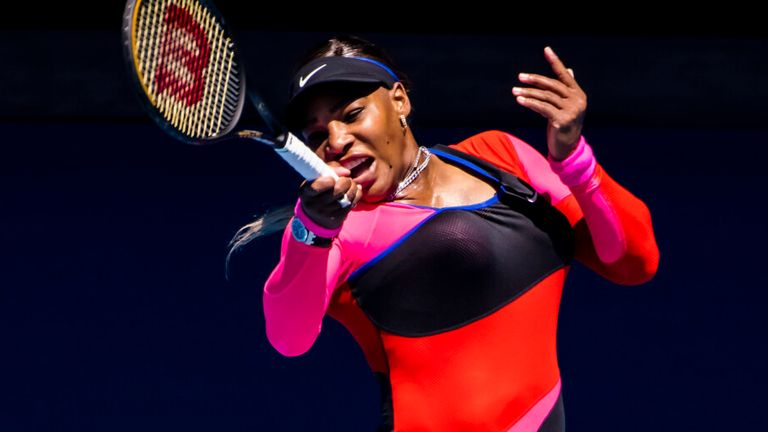 Speaking about the catsuit, Williams said: “Actually, this outfit was last minute to be honest. I just felt like the design that we had before wasn’t as Serena-esque, and so the Nike team went back and created something very Serena-like and didn’t have time to put it in retail, so it was definitely more of a last-minute outfit than usual.

“It’s light. It’s actually breathable and it’s perforated, so it’s actually super light and to a point where I need to make sure I’m wearing underwear (laughing). 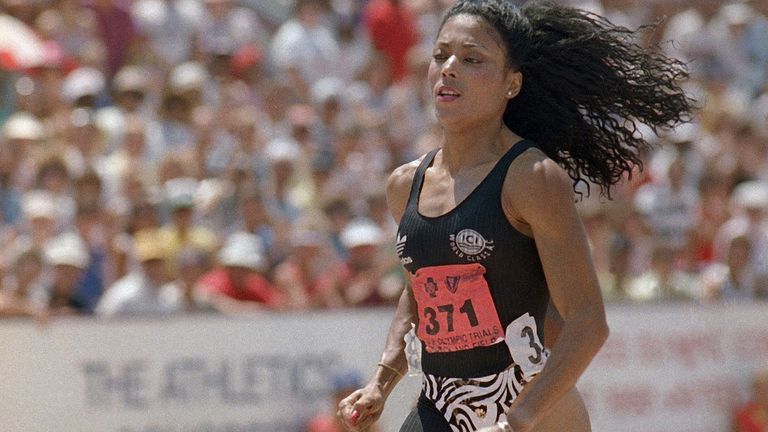 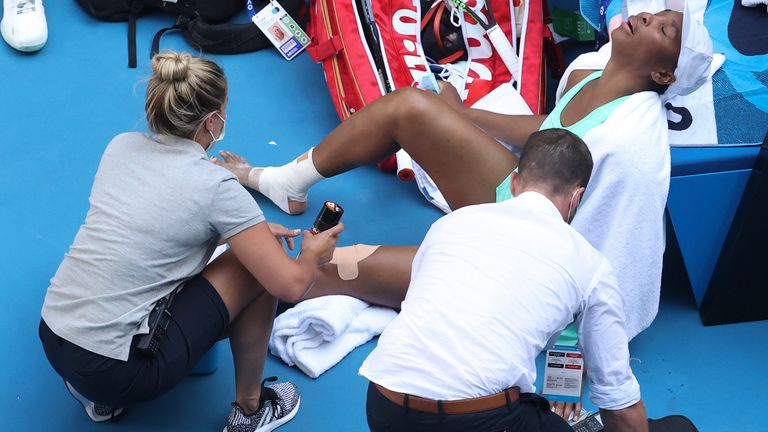 Venus Williams’ 88th appearance at a Grand Slam came to a painful end at the hands of Italian qualifier Sara Errani.

The 40-year-old, a two-time finalist in Melbourne, was already carrying a knee injury when she rolled her ankle badly in the first set.

But the American battled on regardless, eventually bowing out 6-1 6-0. 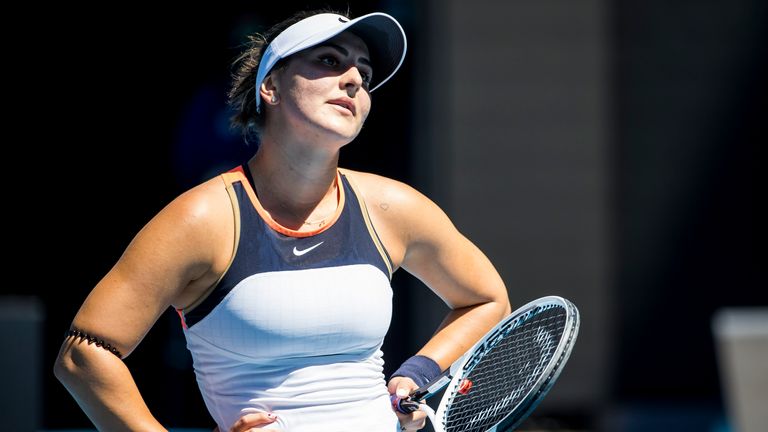 The 2019 US Open champion was playing her first tournament in 15 months but her stay in Melbourne was ended prematurely by a 6-3 6-2 loss to the ever-tricky Hsieh.

She said: “I got off the court and I was looking at my coach, and I said, ‘I’m just disappointed that today that was my all’, because I know I gave my all today and to me I think that was the most disappointing part.

“She played really well. I have to give credit to her. I definitely have to get back into the groove of things, and hopefully that will be sooner (rather) than later.” 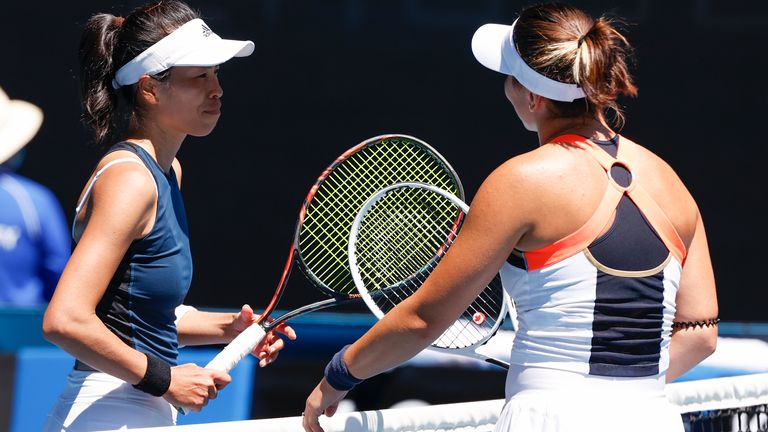 Andreescu rocketed up the rankings in a remarkable 2019, culminating in her run to the title in New York, but has suffered a worrying number of injuries for such a young player, with a knee problem behind her lengthy lay-off.

The eighth seed said: “I think now it’s just getting back into play, and it’s good to know that I still have that fighting spirit in me. I feel really good. After my first round I thought I would feel more exhausted but I felt amazing.

“I don’t feel at my best on the court for sure, but I’m super happy that I’m finally back after being off for so long. It’s just such an amazing feeling being back, doing what I love.”

The 35-year-old from Chinese Taipei has bamboozled many an opponent with her unconventional style and she kept Andreescu at arm’s length throughout the contest. 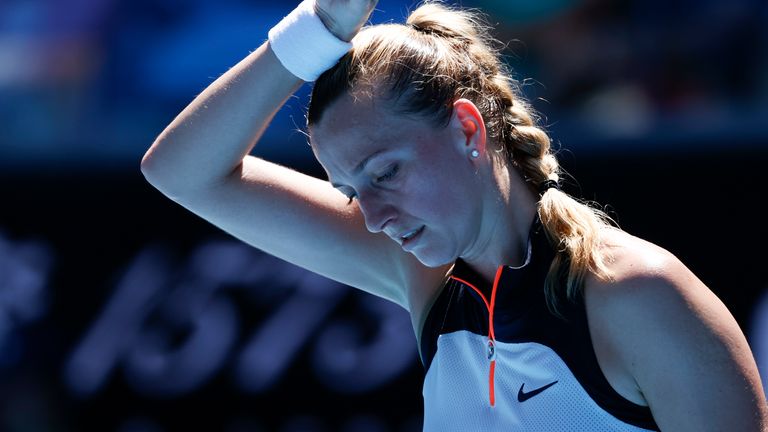 Ninth seed Kvitova reached the final in Melbourne in 2019 and the quarter-finals last year but her tournament is over already after a 6-4 1-6 6-1 defeat by Romania’s Sorana Cirstea.

“I was one of the few in hard quarantine. I think it’s impressive to come out of 15 days without hitting a ball and competing the way I did today, I wasn’t expecting it,” said Cirstea, who will next face Czech Marketa Vondrousova.

Seventh seed Aryna Sabalenka has been one of the form players of the last few months and she reached the last 32 with a 7-6 (7-5) 6-3 victory over Daria Kasatkina.

Two-time Grand Slam winner and last year’s runner-up her Garbine Muguruza made it through to third round with a 6-3 6-1 win over Liudmila Samsonova of Russia.

Murray feeling ship shape as he prepares for clash with Wawrinka