A ball girl on Court Four has become the latest person to sustain an injury on the grass at Wimbledon this year after slipping during a mixed doubles match on Friday.

Husband and wife team Divij Sharan and Samantha Murray Sharan were making their debut together at the All England Club but saw their maiden appearance at SW19 since marriage dampened by a serious looking injury.

It follows a number of players in both the men’s and women draws experiencing difficulties on the grass this summer, with Serena Williams and Adrian Mannarino forced to retire from their respective matches earlier in the week after slipping. 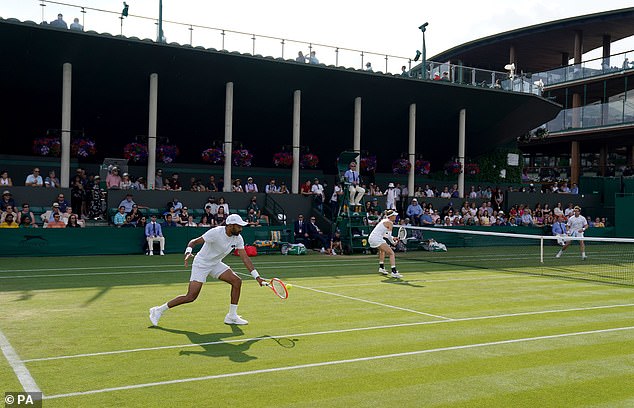 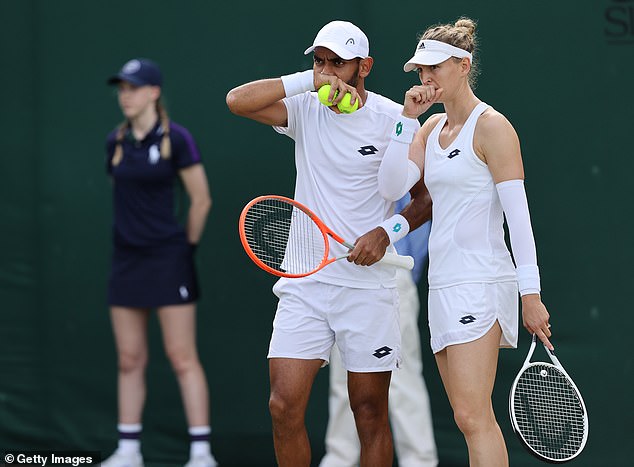 Midway through the second set on Court Four, play had to be suspended after one of the ball girls lost her footing while running at the back of the court having picked up a loose tennis ball.

Immediately she called out for help while laying on the floor, with the slip appearing to injure her ankle.

A 25-minute delay occurred to the mixed doubles match featuring Sharan and Murray Sharan against Ariel Behar and Galina Voskoboeva.

Behar and Voskoboeva had been serving when play had to be halted as St John Ambulance staff were eventually ushered on to give the ball girl oxygen. 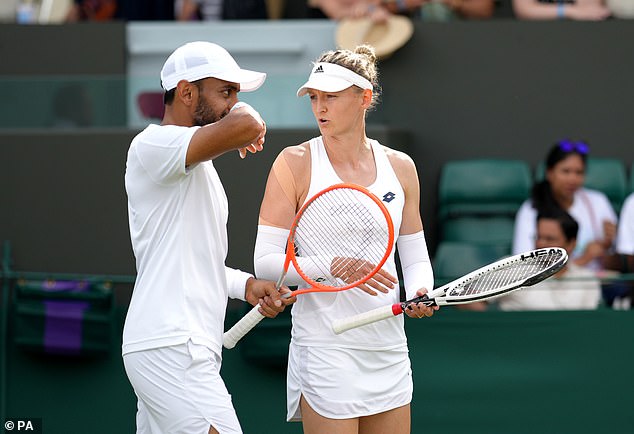 Great Britain’s Murray Sharan, who lost in the women’s first round to Sorana Cirstea on Wednesday, kneeled down beside the ball girl to offer her support before staff brought out umbrellas to provide some privacy.

In the end the ball girl left Court Four on a stretcher to applause from the crowd before the mixed doubles contest was able to resume.

Earlier in the week, the All England Club defended the surfaces and pointed to the wet weather during the first two days as a reason behind a number of players – like Williams and Mannarino – slipping during matches.

‘The preparation of the grass courts has been to exactly the same meticulous standard as in previous years,’ a statement on Wednesday read. 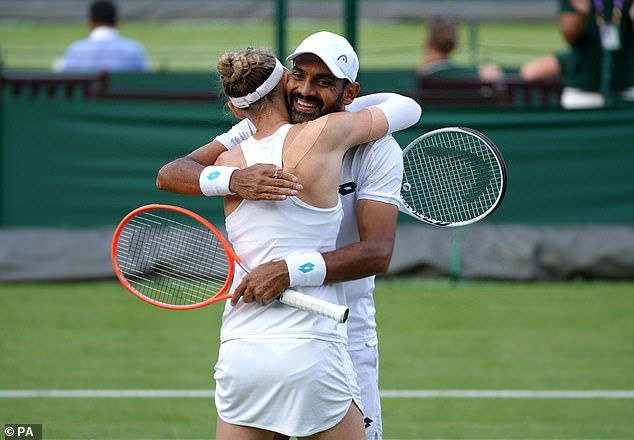 ‘Each grass court is checked by the grand slam supervisors, referee’s office and grounds team ahead of play commencing and, on both days of the fortnight, they have been happy with the conditions and cleared the courts for play.

‘The weather conditions on the opening two days have been the wettest we have experienced in almost a decade, which has required the roof to be closed on Centre Court and No 1 Court for long periods.

‘This is at a time when the grass plant is at its most lush and green, which does result in additional moisture on what is a natural surface. With each match that is played, the courts will continue to firm up.’

The PA news agency has contacted the All England Club for comment. 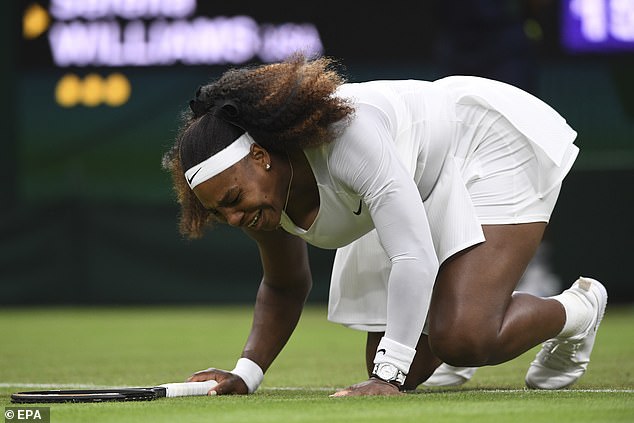 It follows Serena Williams’ injury, with the American having to retire hurt earlier this week 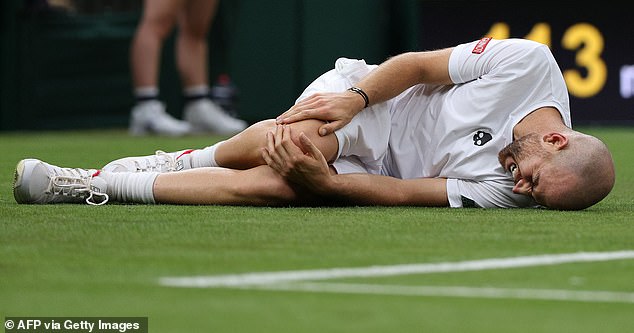