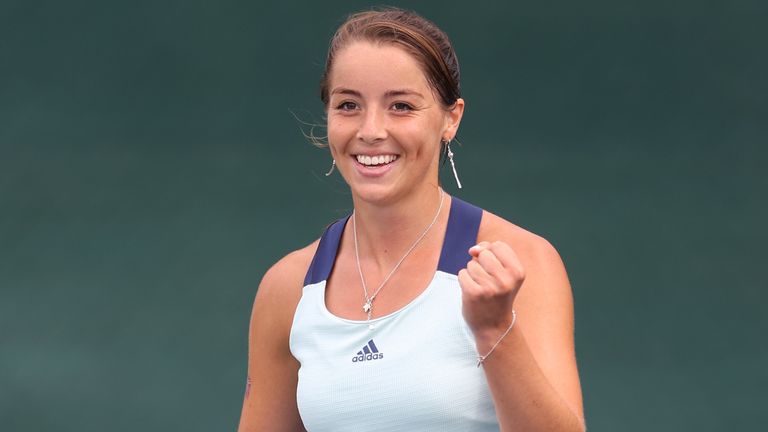 Jodie Burrage is relishing the prospect of helping lift Great Britain into the qualifying round of the Billie Jean King Cup 12-team finals event in 2022 when they take on Mexico in a crucial play-off this week.

The tie is just the third time since 2019 – having played away for 26 consecutive years – that Anne Keothavong’s team will have the opportunity to play on home soil.

Burrage joins up as the only debutant of the Billie Jean King Cup – formerly known as Fed Cup – British squad alongside No 2 Heather Watson, Katie Boulter, who has an impressive record in the team tournament, Harriet Dart and Katie Swan.

The 21-year-old was called up by captain Keothavong after claiming the women’s 25k ITF title in Dubai at the start of this month. 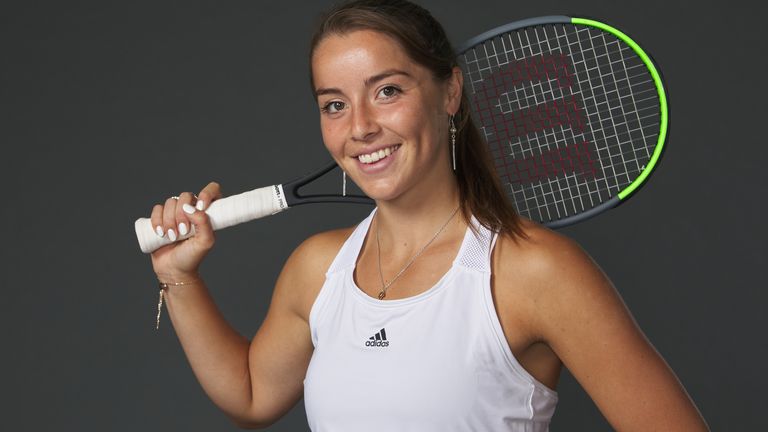 “When I got the call I was really excited,” Burrage, who made her WTA Tour debut in Linz towards the end of last year, told Sky Sports. “I’d obviously been thinking about it a little bit with how I was doing. I knew I was close to maybe getting the call-up, so when Anne called me I was really happy and really honoured to be part of the team.

“I absolutely love it (playing in a team event). It’s actually something that I prefer than playing on my own. I wish that I played a sport that wasn’t individual, so when I get to play the team events I enjoy every moment of it. I love playing with the other girls, spurring each other on and supporting each other.

“It’s a massive achievement for me and it’s something that I’m really looking forward to this week.

“We all know each other really well and especially in the last year we’ve all got a lot closer with everything that’s happened.” Burrage, who is currently ranked at No 393 in the world and closing in fast on her career-high of No 233, feels Britain will have the slight advantage over Mexico having already experienced playing at the NTC (National Tennis Centre).

“We’ve been at the NTC a lot more because of the pandemic so we’ve all got good relationships going into this week with so that’s really going to help us gel as a team and I’m really, really looking forward to it,” she said.

“The conditions will definitely favour us. Obviously we all train there so that is another positive for us. We’re all used to the courts so hopefully we can use that to our advantage a little bit.”

* There will be a minute’s silence held as part of the tie’s opening ceremony on Friday in mark of respect for HRH Prince Philip, who died aged 99, last week

* On Saturday, April 17 the first singles match will now commence 30 minutes earlier at 11:30 (all times are in BST).

* The second match (either singles or doubles) will not begin before 16:15

* The LTA is also asking the British tennis community to pause to observe the national minutes silence at 15:00 on Saturday Burrage has backed Johanna Konta’s decision to skip the tie in order to prepare for the clay-court season with the British No 1 continuing to manage a knee condition which forced a premature end to her resurgent 2019 season.

“I’ve been through the wringer with injuries as well so I know what it’s like. You’ve got to look after your own body at the end of the day, so there’s no point pushing if it’s not right,” she said.

“There’s some big tournaments coming up and there’s going to be a big grass-court season so I’m guessing she just wants to get ready for that and just trying to take care of herself.

“I’ve got full confidence in those girls that we’re going to be able to get it done this week even without Jo being there.” Burrage has endured a difficult last few years where she wasn’t even sure whether she would ever play professional tennis again having undergone three ankle surgeries.

She is certainly not taking anything for granted and is enjoying her time on court following a difficult period.

Burrage added: “I’m working on a lot of things in my game and I feel I can go a lot further than where I’m at now. It’s some of the best tennis I’ve played but I feel like I’ve got a lot more in the tank.”