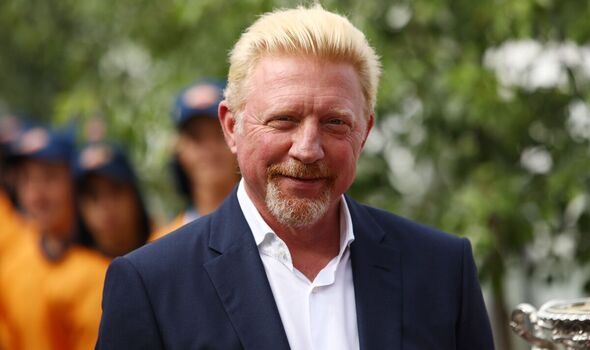 Boris Becker is set to return to his commentating duties just weeks after being released from prison and deported back to Germany. The six-time Grand Slam title winner will reportedly take up a role at Eurosport for the upcoming Australian Open, where he is expected to be given his own show as well as reprising his job as a pundit and commentator.

Becker was released from prison last month, having served eight months of his two-and-a-half year prison sentence for charges over hiding assets relating to his bankruptcy. The 55-year-old was deported back to Germany on December 15 as part of a fast-track scheme allowing foreign criminals to be released and sent back to their home country in an effort to relieve British prisons, and already appears to have a new job.

According to Bild, the former world No 1 has landed a role as an analyst for Eurosport Germany’s coverage of the upcoming Australian Open which begins on January 16. Becker had previously worked for the TV channel on their broadcasts of other Major tournaments and is set to reprise his role as well as take on a new job as host of his own highlights show.

The German will remain in the channel’s studio in Munich to commentate and cover matches at the first Grand Slam of 2023, and will also host ‘Matchball Becker’, a twice-daily show that will see Becker share his highlights from each day of play. He first started working for Eurosport Germany’s English-language coverage in 2017, and was replaced by Mischa Zverev while in prison.

JUST IN: Djokovic has same view on Aus Open boos after first taste of crowd

His initial work with Eurosport came after Becker’s three-year stint of coaching Novak Djokovic, which ended in 2017. And he will now be one of the channel’s experts for the Australian Open alongside the likes of Barbara Schett and Mats Wilander.

The news comes after reports that Becker will be unable to return to Britain for 10 years as part of his release terms – something which will stop him from reprising his role as one of the BBC’s main pundits for their Wimbledon coverage, said to be one of the German’s “favourite” jobs.

The three-time champion at the All England Club recently gave a tell-all interview to Sat.1 following his release from prison and detailed his harrowing experience, revealing that he had received death threats from fellow inmates. He was in tears as he also discussed a three-page letter written to him by countryman and former Olympic tennis champion Michael Stich, who will join him for his Matchball Becker show on Eurosport.

“That gave me a lot of strength. I will answer every single letter,” he sobbed. “There were two moments when I was afraid for my life. You go mad in the cell. With the psyche it’s really very difficult.”