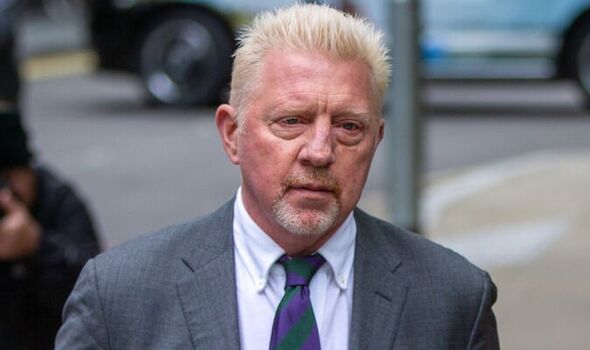 Boris Becker has reportedly been moved to a new prison in a fresh sign that he could be deported as early as next year. The tennis icon was last month sentenced to two-and-a-half years in prison for concealing £2.5million of assets to avoid paying money he owed after bankruptcy.

The 54-year-old was detained at Wandsworth Prison upon his sentencing on April 30. But his lawyer has reportedly told journalists that the former world no.1 that he had been transferred to HMP Huntercombe in Oxfordshire.

Wandsworth Prison, which is just two miles from Wimbledon’s centre court where Becker first won aged 17, is a Category B prison. HMP Huntercombe is Category C, which means the security is of a lower level.

It is the latest sign that Becker faces deportation from the United Kingdom following his sentencing. He will qualify for automatic deportation because he is a foreign national without British citizenship who has received a prison sentence of more than 12 months.

According to The Times, the German national’s lawyer reportedly told journalists in Berlin on Tuesday: “Boris Becker was transferred to Huntercombe prison today. It is a category C prison, which means it has a low security level.”

Wimbledon defend itself and claims Gary Neville is off target