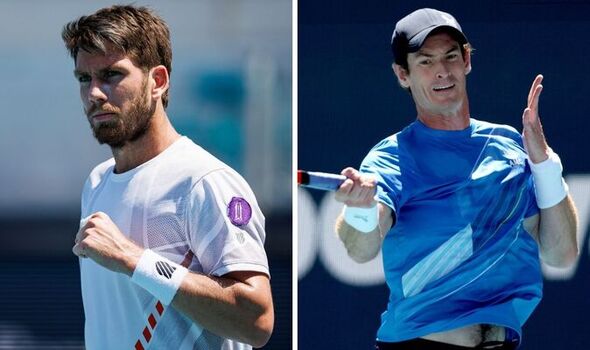 Cameron Norrie has ended an almost five-year wait for a British man to crack the top 10 of the rankings, finally reaching the elite group on Monday after his run to the last-16 in Miami. The 26-year-old has been knocking on the door for several weeks and reached a career-high of world No 10 after a successful year that saw him win a Masters 1000 title in Indian Wells last October.

Norrie has become the first British man to reach the world’s top 10 since October 2017, when Murray last occupied the prestigious position in the rankings. Just a year ago, he was yet to make his top 50 debut and in 52 weeks has become Britain’s leading hope in men’s tennis.

The new world No 10 made finals in Estoril, Lyon and Queens last year before winning his maiden title in Los Cabos, later going on to pick up his biggest title to date at the event often dubbed the ‘fifth Grand Slam’, the Indian Wells Masters. In the tournament’s postponed October slot, the Brit beat the likes of the 15th and 11th seeds en route to a maiden Masters 1000 title. He then made his ATP Finals debut as an alternate when Stefanos Tsitsipas and Matteo Berrettini both withdrew mid-tournament with injuries to wrap uo a career-best season.

Perhaps even more impressively, Norrie has been able to back it up so far in 2022 after a tough start to the season. Having lost all four of his matches in Australia to start the year, the three-time title winner has managed to pick up another trophy, reach another final and make deep runs during the ‘Sunshine Double’.

JUST IN: Kyrgios’ U-turn on playing French Open for girlfriend to ‘see Paris’

He then turned things around, reaching the last-eight in Rotterdam before going on to pick up his third career title in Delray Beach, going on an eight-match winning streak as he backed up the title win with a run to the Acapulco final, defeating the likes of Stefanos Tsitsipas before falling to Rafael Nadal.

In his first-ever title defence of a Masters 1000, Norrie reached the quarter-finals where he lost to Carlos Alcaraz, who later went on to win the Miami Open. And in the States, the Brit fell to eventual runner-up Ruud, in two losses to admirable opponents. Norrie has played coy on reaching the top 10 but before he manage to do it in Miami, he set his sights on achieving the milestone soon enough.

“I feel good here in America and I like the conditions. I’ve just got to keep taking care of everything and hopefully I can tick that [top] ten box very soon. There’s a long way to go but I’m looking forward to the rest of the tournament,” he said after his opening win against compatriot Jack Draper.

And the new world No 10 believes that the 20-year-old will be able to join him at the top of the game soon enough, with Draper starting the season by winning four Challenger titles, the most recent coming on Sunday in France. “I was a big favourite against a young Brit. I’m excited to see how he’s going to do in the future. If he can play week in, week out he’s going to have a very, very good career and I think top 10 for me,” Norrie claimed after defeating his compatriot 7-6(5) 6-4.