Wimbledon: Cameron Norrie says he was 'disappointed' with loss

Cameron Norrie is set to move to a career-high ranking of world No 9, despite suffering heartache in the semi-finals of the Cincinnati Masters courtesy of a straight-sets defeat to Borna Coric. The Briton has enjoyed a fine summer on court and reached the last four of Wimbledon in July.

At the start of last year, Norrie was ranked at No 74 in the world and had only gone beyond the second round of a Grand Slam on one occasion. But he is now showing that he can cut it against some of the best players in the world.

Earlier this month, the 26-year-old reached the final of the ATP Tour event in Los Cabos. And he then overcame Holger Rune, Andy Murray and Ben Shelton as well as teenage sensation Carlos Alcaraz to reach the last four in Cincinnati.

Norrie’s recent run of form means he is set to climb above Hubert Hurkacz and Andrey Rublev to exceed his previous high ranking of 10, which he achieved in April. And he will now be hoping to impress at the US Open.

JUST IN: Tsitsipas claims Medvedev ‘tried too hard’ after winning in Cincinnati 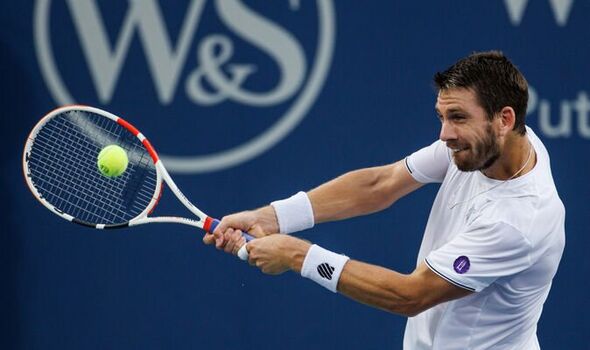 Coric was ranked at No 12 in the world three years ago but has since fallen to No 152. And following the semi-final in Cincinnati, he said: “It was a very tough day, a very long day as well. At the beginning I was not there, I was not feeling the ball very well. Then I did find my rhythm. I started to serve better, I started to play much better and I think that was the key to the match.

“I was really working very hard in the last six months. I think once you are in the top 20 or top 30, you can get a little bit sloppy and maybe get away with it. 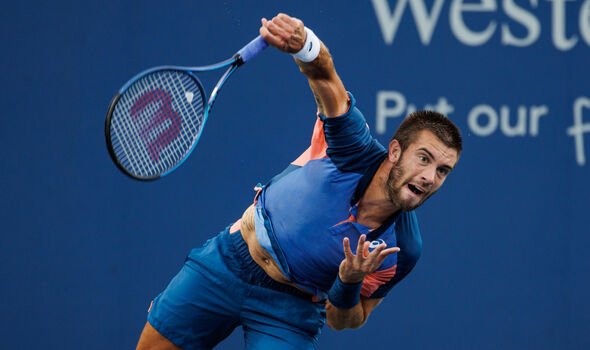 “But once you fall down to No 200 – I don’t know where I was, but I knew I needed to work probably three times harder than I used to work, and that’s what I did. For the last six months, I was really focused. I kept my head down even when I was losing.”

Coric is set to face Stefanos Tsitsipas in the Cincinnati Masters final. And ahead of the showdown, the Croatian ace added: “I don’t have much to lose. I have done everything that I could this week and more than I expected, so I’m just going to go out there and enjoy my time tomorrow on the court.”