Home » Tennis » Carlos Alcaraz could be Spain's next Rafa Nadal

Another exciting day at Wimbledon saw Andy Murray progress to the third round while Katie Boulter put up a brave fight against second seed Aryna Sabalenka.

Sportsmail reflects upon the moments you might have missed amid all the excitement….

SPAIN’S NEW NADAL ON THE MARCH

Remember the name: Carlos Alcaraz. The 18-year-old made the third round on his French Open debut and showed he’s not just a clay court specialist, beating Japan’s Yasutaka Uchiyama in five sets in his first professional match on grass.

Comparisons to Rafa Nadal are premature, but it looks like Spain could have its next superstar. Alcaraz plays No 2 seed Daniil Medvedev on Court 1 on Thursday. 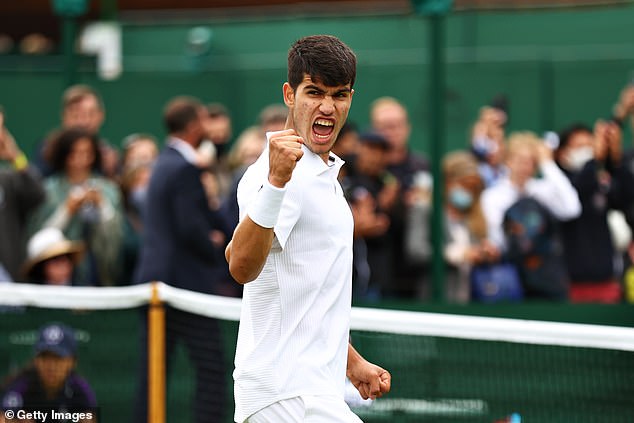 Rain in the first two days has caused major schedule congestion, and one of the victims has been the men’s doubles event.

Wimbledon, as they did in 2016, have reduced the first and second round matches from best of five sets to best of three. It seems sensible, but won’t dispel the feeling among some in the doubles fraternity that they are treated as the second-class citizens of the tennis world.

Not the best day in the Minnen-Van Uytvanck household on Wednesday, as the engaged couple lost their first-round matches within seconds of each other.

Alison van Uytvanck lost to Elina Svitolina on Court 1, and a minute and five seconds later Greet Minnen was defeated by Ajla Tomljanovic on Court 9. Here’s hoping the Belgians have better luck when they team up in the women’s doubles. 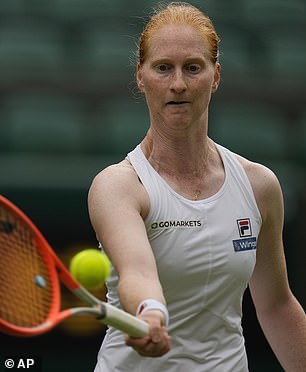 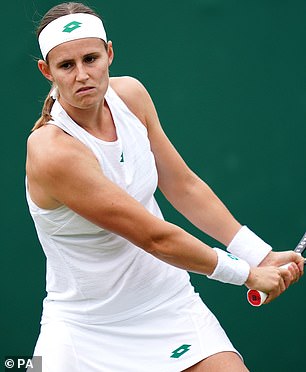 This Sunday has been styled as national ‘Thank you’ day, with local communities coming together to appreciate those who have got us through the pandemic.

The All England Club and the LTA are doing their bit with an event on the nearby Wimbledon Park public courts.

There will be coaching for all levels, including from Davis Cup captain Leon Smith.

You may remember from an earlier Court Report that 5ft 7in Yoshihito Nishioka warmed up for his first-round match against John Isner by practising with 7ft Reilly Opelka. 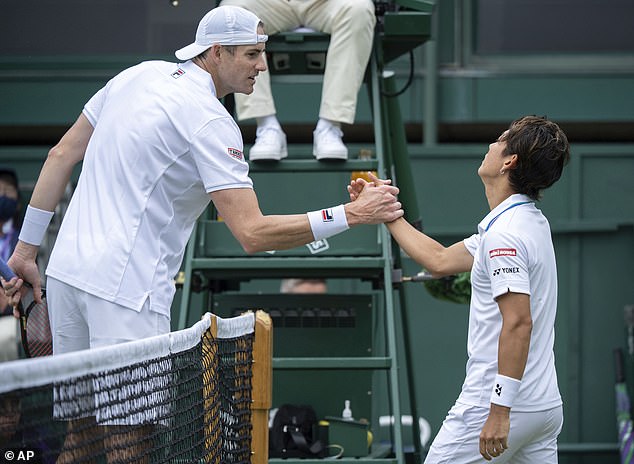 Eagle-eyed viewers may have noticed Wimbledon have done away with the practice of having different-coloured towels for men and women this year.

From now on, every player will be given one traditional green and purple towel and one ‘seasonal’ towel, which changes every year.

The 2021 edition is a rather lovely ochre and turquoise number.