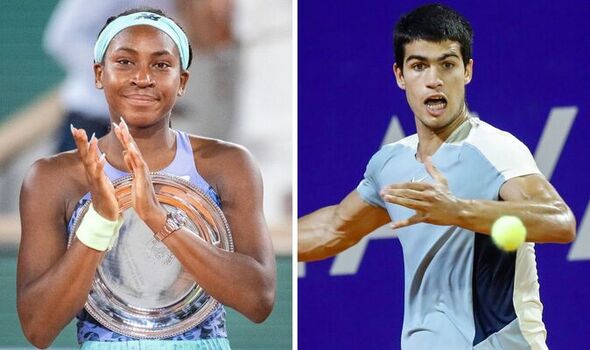 Coco Gauff has revealed that fellow teenage sensation Carlos Alcaraz played a role in her run to a maiden Grand Slam final at the French Open. The Spaniard has enjoyed a breakout season, winning four titles and reaching the world’s top five, but suffered an opening-round exit in Montreal last week as he admitted to struggling with the pressure of being a favourite for the title.

Gauff earned the best result of her career earlier this year when she reached a maiden Grand Slam singles final at the age of just 18, where she lost to world No 1 Iga Swiatek. It came three years after her breakthrough performance at Wimbledon, where she beat Venus Williams en route to the second week as a 15-year-old in her Grand Slam debut.

And the world No 12 has now revealed that it was another breakout star who inspired her run to the final, as she channelled Alcaraz during the fortnight at the French Open. The ATP No 4 went to Paris as one of the title favourites after winning the ATP 500 in Barcelona and the Masters 1000 in Madrid on the clay.

Although he lost in the quarters, Gauff explained that she was trying to emulate the Spaniard’s success as she reached the championship match. “I’m sure Carlos and I, for the rest of our careers, people are going to expect things from us. You almost have to embrace it,” she said ahead of this week’s Western & Southern Open. 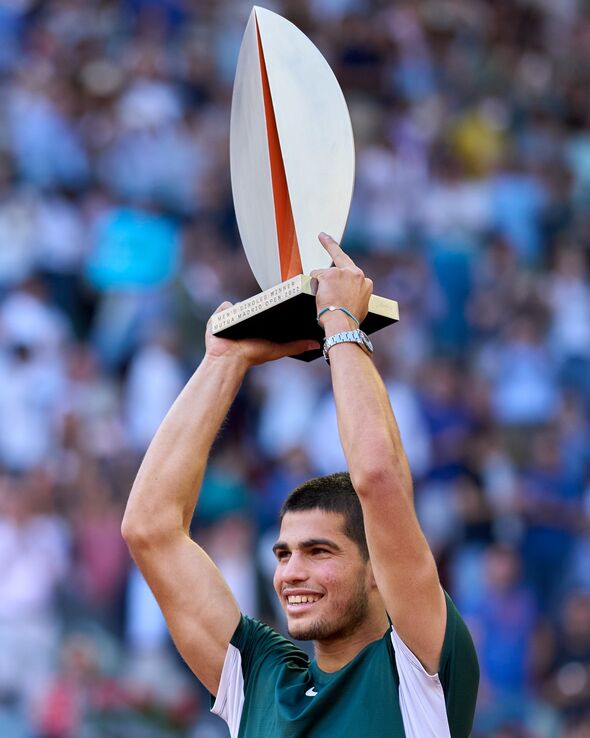 “I never spoke to him personally about it, but watching him I feel like he embraces it. I learned a lot from watching him, believe it or not. I would watch him practice all the time and watch him play these matches when he’s playing these big players. I just love the way that he went so big on those shots.”

And the 18-year-old said that was behind the reason she channelled him during the French Open, continuing: “And then at French Open, that’s what I told myself. I literally said ‘What would Carlos do?’ I’m just going to go big and go for my shots and go for these decisions. I think that Carlos does a great job embracing it.” 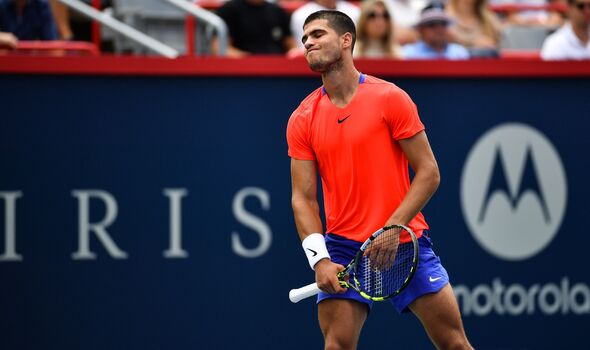 Gauff also outperformed Alcaraz in Canada last week, reaching the quarter-final in singles while the 19-year-old lost his opening match to Tommy Paul after blowing a match point. And she reflected on his performance, saying: “So I feel bad for Montreal, but I’m sure he’s going to turn it around [immediately] because he has greatness in him. That’s not deniable.”

Alcaraz himself is feeling good ahead of this week’s Cincinnati Masters after his early exit in Canada. “I understood everything of what happened in Montreal. I couldn’t handle the pressure to be one of the favourites to win the tournament or be the ranking that I am right now. I come here to train and now show where I am,” he said ahead of his Western & Southern Open campaign.

'It's a joke!' – Emma Raducanu responds to pressure claims after Wimbledon exit

Fans barred from Australian Open as Melbourne goes into lockdown